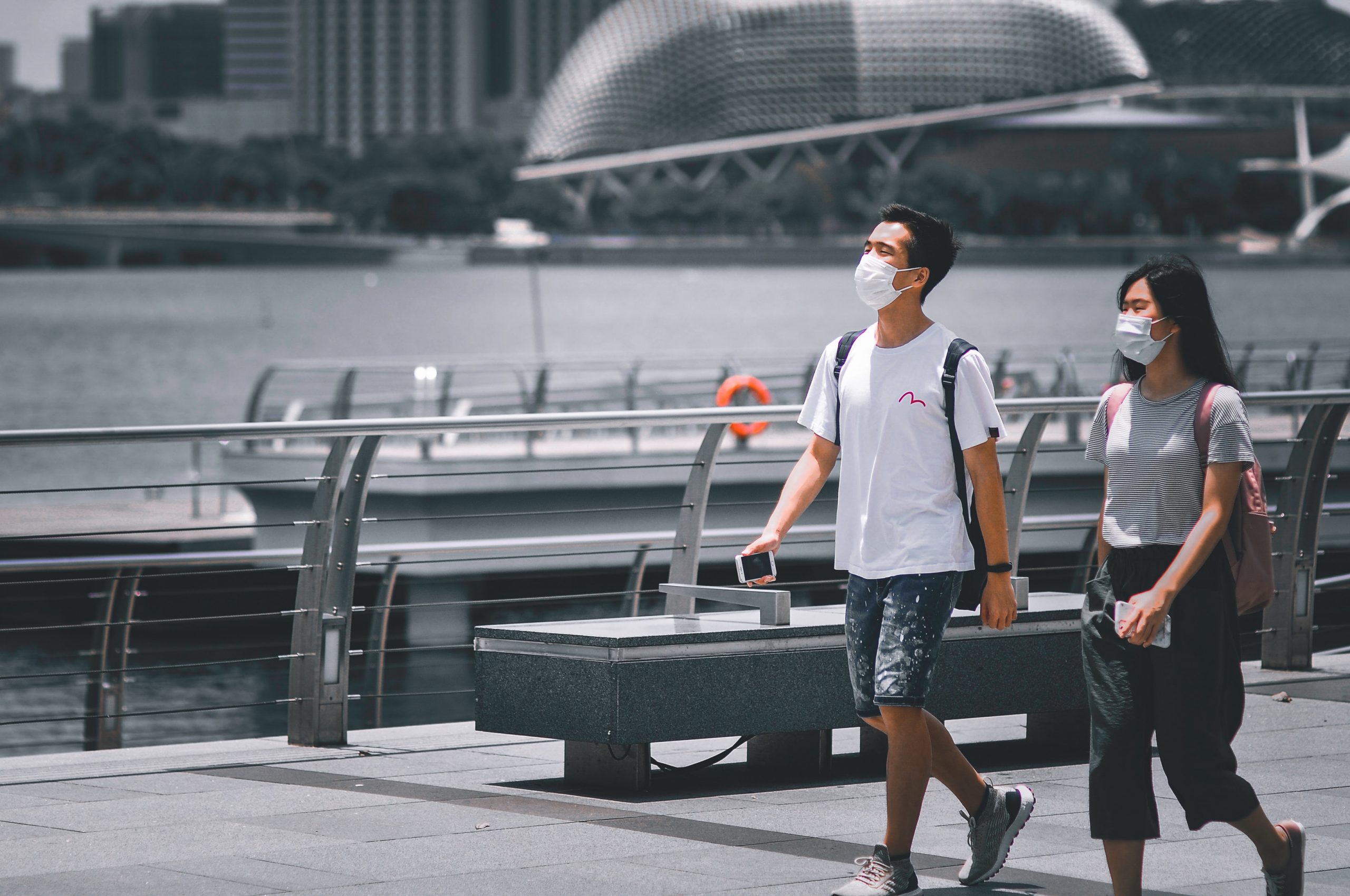 Two meters distance may not be enough when someone coughs in your direction, the latest experiments show. The droplets propagate at considerable speed and reach quite far. This means that preventing infected drops from reaching a person may be crucial in fighting a pandemic.

Scientists show what happens to droplets exhaled from the lungs when somebody coughs.

A team of scientists from the University of Western Ontario conducted an experiment at Sunnybrook Hospital that showed what is going on around us when we start coughing. Patients with flu-like symptoms such as persistent cough and sneezing were observed. To do this, researchers used a special “cough chamber”.

If you are a few meters away from someone who is coughing towards you, then in about three seconds the droplets will reach you. And they are still moving. Even if you are two and a half meters apart, the air released when you cough can be 200 mm per second, says prof. Eric Savory, the co-author of the study.

The study also showed that about 10 percent of the tiny droplets that formed when coughing remained in the air even after four seconds.

The article describing this experiment was accepted for printing in the Indoor Air journal.

“Cough chamber” is a cube with a two-meter side. The chamber wall has a special mouth hole and chin rest. Participants of the experiment are asked to cough into the chamber. Inside there is a camera for recording fast-moving objects and a laser, so you can track the movement of small droplets suspended in the air, as well as assess their speed.

Professor Savory, the author of this idea, conducted the first experiment with a “cough chamber” two years ago. At that time 77 measurements were taken, 58 people participated in the study, 21 of which had flu and 12 people had laboratory-confirmed upper respiratory tract infections or a seasonal virus. Researchers established that the speed of the air stream during coughing reached 1.2 meters per second. They also noticed that the speed of the exhaled air was almost the same, regardless of whether someone was healthy or sick. The number of droplets formed in this way was also similar.

That study concerned the cough associated with influenza and cold infections. “However, each virus is different, so what we see in one case does not have to apply to the other”, the scientist adds.

We do not claim you’ll be infected immediately. We’re just saying that there is a certain risk that decreases the more you are away from the coughing person, says prof. Savory.

Scientists are preparing for further research, this time on COVID-19

Experts plan to repeat the experiment using the “cough chamber” on patients with COVID-19. The experiment will be conducted by an interdisciplinary research team in laboratories at Western’s ImPaKT, where research is also underway into a trial vaccine for COVID-19. The goal is to see how the droplets travel in the air exhaled by coronavirus patients, to what extent they are contagious, and how long such infectious droplets persist on different surfaces.

“The key in the planned study will be to determine what dose is needed to cause the infection,” says prof. Savory. It depends on the size of the droplets and the number of viruses in them, as well as the distance from the infected person.