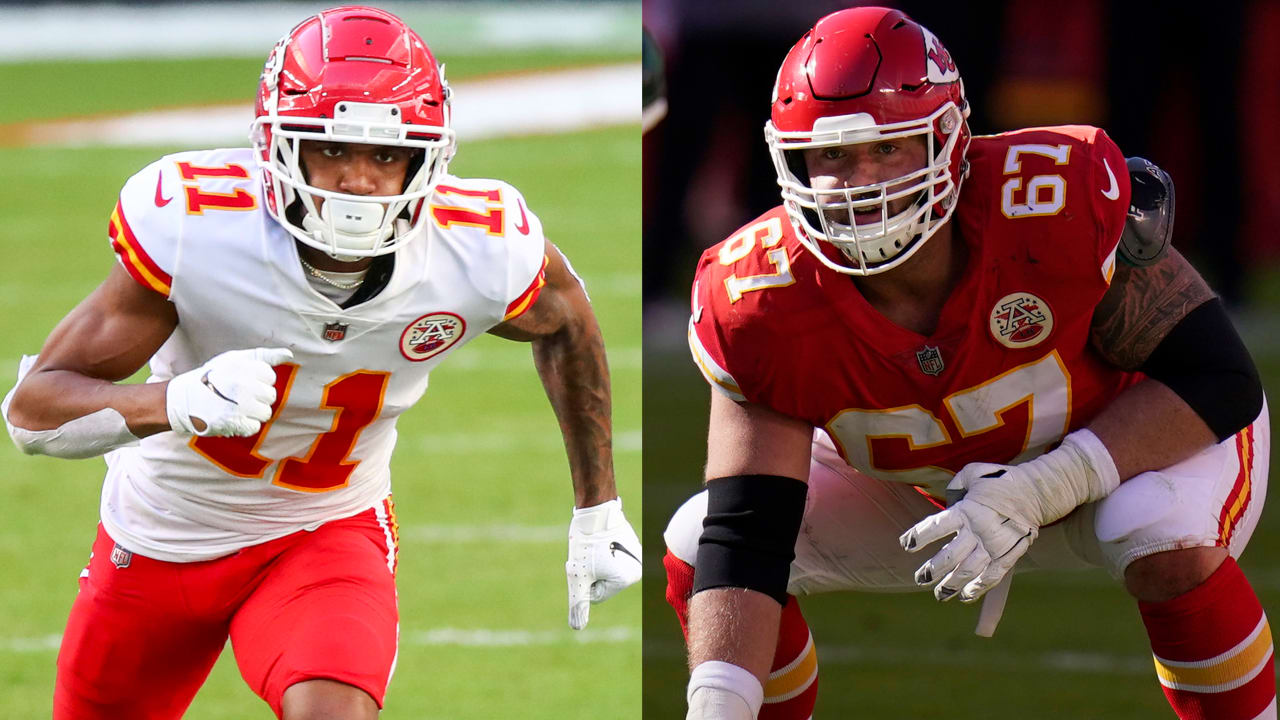 Neither Robinson nor Kilgore has tested positive and all parties were masked during the encounters, lowering the chance of transmission, sources say. But given the duration and proximity, both were deemed high-risk close contacts of the barber and had to be placed on the reserve/COVID-19 list.

If Robinson and Kilgore continue to test negative, both will be eligible to return to the Chiefs’ active roster in time to face the Buccaneers prior to Sunday, though they won’t be able to practice before the weekend because of the mandatory five-day isolation period. The Chiefs aren’t traveling to Tampa until Saturday.

Sources say the barber tested negative five consecutive days before he was allowed to enter the Chiefs’ facility — including a Saturday PCR test that came back negative Sunday. The barber took an additional rapid test as a precaution before entering the facility Sunday, but the results were delayed briefly because of a line of friends and family also getting tested. He was wearing double PPE and was still cutting Kilgore’s hair — the first in a line of players waiting for haircuts — when the positive result came back. The barber was immediately removed; in a follow-up interview with NFL officials, the barber said he’d also cut Robinson’s hair the previous day away from the facility.

On Dec. 18, the NFL sent a memo with several updates to COVID protocols, noting that “non-club service providers such as barbers, personal chefs, chiropractors, masseuses and stretching assistants who are employed by individual players” frequently contribute to positive cases and strongly encouraged clubs to have them tested prior to performing services.

Chiefs receiver Tyreek Hill made note of the team’s cautious approach during Super Bowl Opening Night festivities Monday, telling reporters: “The Chiefs are bringing in barbers to the facility and getting ’em tested. So, like, they are really following protocol.”

Players are being tested for COVID-19 twice daily in advance of Super Bowl LV. No player on either team has tested positive in more than a week, and no Chiefs player or staffer tested positive in the latest round of testing available Tuesday.

Robinson has played in every game this season, totaling 45 catches for 466 yards and three touchdowns in the regular season. He started the AFC Championship Game win over the Bills, but wasn’t targeted. Kilgore appeared in seven games (four starts) in the regular season and also played as a backup in the AFC title game. He could be in line for a larger role this week because of injuries along the offensive line.