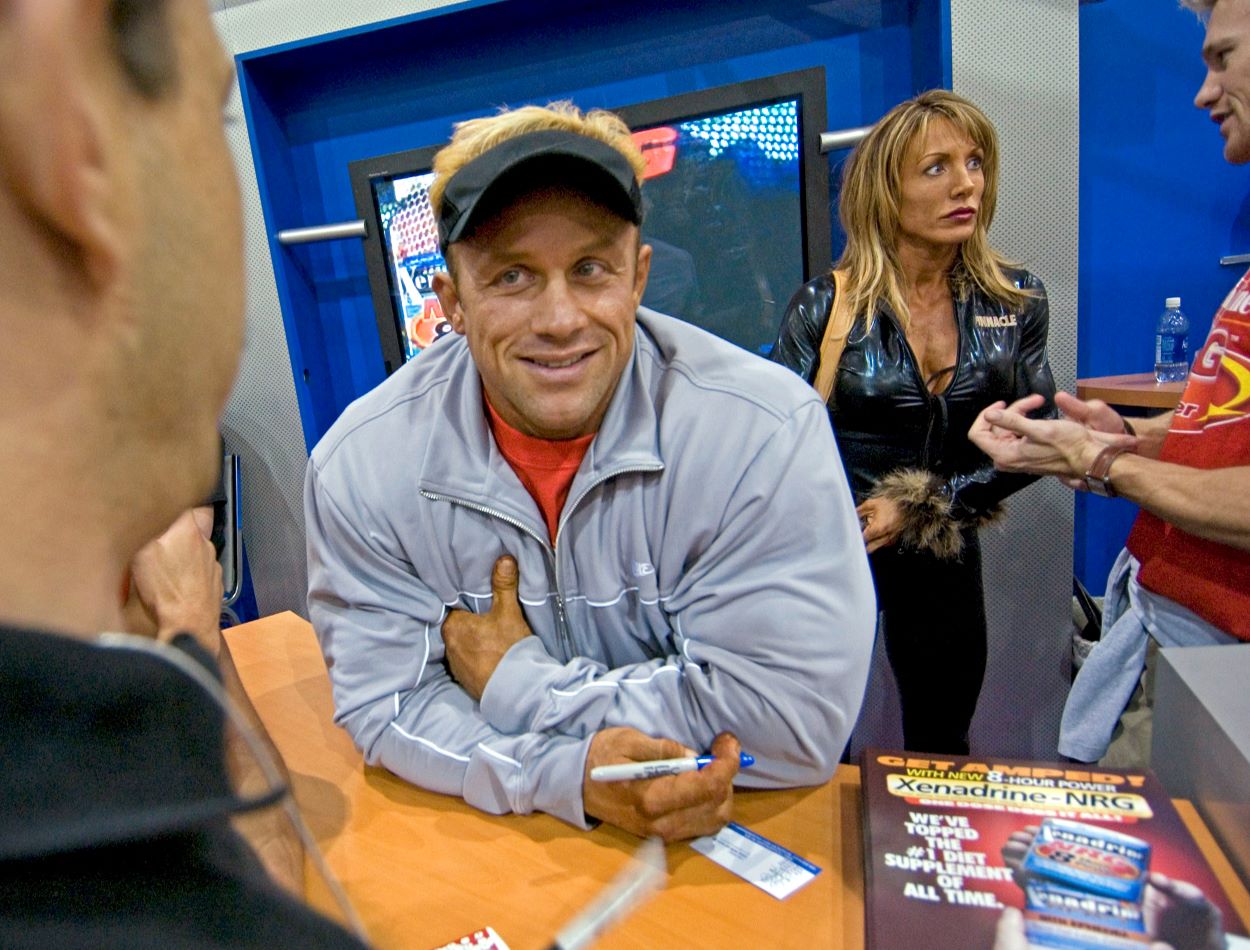 Craig Titus once got paid to pump iron and pose on stage.

Nowadays, he spends his time behind bars.

While there have been plenty of examples of athletes who commit heinous acts, the bizarre story involving the former pro bodybuilder and his wife, Kelly Ryan, ranks near the top in terms of shock factor.

Because in December 2005, the couple sacrificed their freedom by taking the life of another human being. And the victim happened to be someone they knew quite well.

Ultimately, the brutal murder of their personal assistant led to Titus and Ryan receiving significant punishments. And while his wife got released on parole a few years ago, the former Mr. Olympia competitor faces a longer path to possibly getting out of prison.

Craig Titus earned a living as a pro bodybuilder

RELATED: Former Boxing Champion Vernon Forrest Was Brutally Murdered After He Stopped to Put Air in His Tires

A Michigan native, Craig Titus quickly gave up on playing football in high school due to his lack of size.

Fittingly, he dedicated his life to getting bigger via another sport: bodybuilding.

He put on more than 40 pounds and grew two inches within a few years of graduating. In 1988, he made his bodybuilding debut at the Houston Bodybuilding Championships. Despite his young age and lack of experience, Titus took home the overall title.

He later competed in Mr. Olympia, an international event held annually by the International Federation of BodyBuilding & Fitness (IFBB). Lee Haney and Ronnie Coleman are tied for the most wins with eight titles apiece. Arnold Schwarzenegger sits in second place with seven victories.

In 2003, Ron Avidan conducted an interview with Titus about his training, career, and personal life. When asked about his wife, the pro bodybuilder spoke quite highly of her.

“We are doing fantastic. She is my best friend. She’s the best thing that ever happened to me,” Titus said, according to Bodybuilding.com.

Ironically, he also spoke about his temper and maturity.

“I am in my 30s now, so maturity is coming as my age is coming. We don’t have to worry about that,” Titus said.

He later added, “It takes a lot to get me mad. Many people think I am short-tempered, that I fly off the handle all the time. That’s not the way I am. Me and my wife try to be good people, period.”

The brutal murder of Melissa James

RELATED: Former Saints Draft Pick Barry Bennett and His Wife Were Brutally Murdered by Their Own Son

Two years after he went on record about his temper, maturity, and his relationship with his wife, Craig Titus murdered his personal assistant.

And the same woman he called his best friend played a helping hand in doing so.

Melissa James, the couple’s 28-year-old assistant, was found burned inside of Kelly Ryan’s Jaguar in December 2005. Authorities said she had been beaten, shocked with a Taser, and injected with morphine, according to the Las Vegas Review-Journal.

Titus claimed that he accidentally killed James during a drug-fueled fight.

“Things got carried out of control,” he said in court. “My intentions were never to hurt Melissa. I am ashamed and I am sickened by my actions after Melissa passed away.”

However, authorities told a different story.

RELATED: Former NHL Player Mike Danton Spent 5 Years in Prison For Trying to Hire a Hitman to Murder His Own Father

In May 2008, Craig Titus pleaded guilty to second-degree murder, first-degree kidnapping, and arson for the death of Melissa James. Kelly Ryan pleaded guilty to arson and battery with a deadly weapon causing substantial bodily harm.

Although the bodybuilding pro and his wife initially told police that their personal assistant stole their car, surveillance video from a local Wal-Mart said otherwise. On the morning of the killing, Ryan could be seen with a shopping cart filled with seven bottles of lighter fluid and a barbecue set. Video footage showed Titus helping his wife place the items in the back of her car.

Authorities believe James was already inside the trunk at the time.

Ultimately, after fleeing to Las Vegas and later getting arrested near Boston, Titus explained that he and his wife burned James’ body because they feared bad publicity would destroy their careers.

That’s exactly what happened. And it also cost them years of their freedom.

In a case that drew widespread attention because of the figures involved and the brutal nature of James’ death and the subsequent burning of her body, the legal system ensured that justice got served.

“I failed my wife,” he said at his sentencing hearing. “I failed my family. But mostly, I failed Melissa.”

In October 2017, Ryan was released on parole.

Her husband must wait until December 2026 to become eligible for parole release.