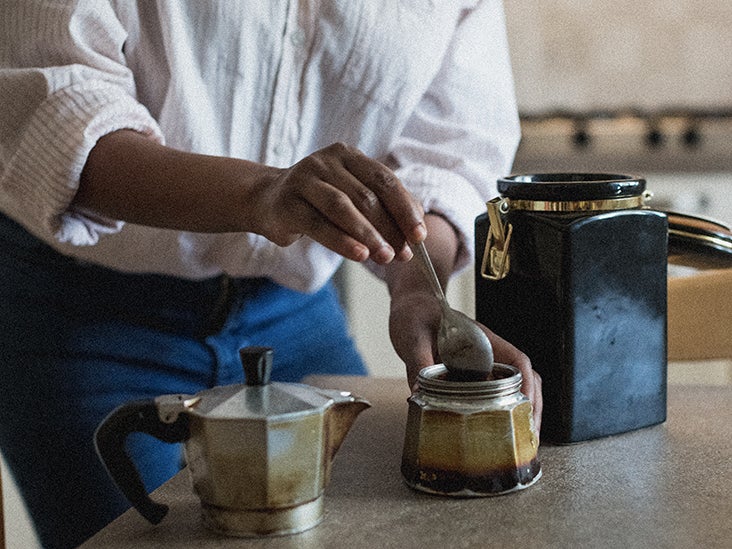 The risk of heightened serum cholesterol levels also depends on how much coffee a person drinks and how sensitive they are to caffeine.

According to a study published in the American Journal of Epidemiology, the results on the association between coffee drinking and higher levels of serum cholesterol are mixed.

However, according to a 1997 study, it is not the amount of caffeine in coffee that may affect cholesterol levels but rather the oils that naturally occur in the coffee bean. These natural oils, also known as diterpenes, are cafestol and kahweol.

The Institute for Scientific Information on Coffee (ISIC) also concur that both oils can raise cholesterol levels, although the amount of diterpenes in coffee varies with the brewing method.

According to ISIC, other types of brewed coffee contain different levels of diterpenes and therefore have various effects on cholesterol levels:

In addition to potentially raising a person’s cholesterol levels, coffee may carry some other health risks. The content of caffeine, which is a psychoactive substance naturally occurring in coffee, may interact with a person’s medications.

While the Food and Drug Administration (FDA) report that 400 milligrams of caffeine per day is typically safe for health, caffeine may cause various clinically significant pharmacokinetic interactions with many drugs.

Other beverages, such as energy drinks, also have high levels of caffeine.

A 2020 study found that coffee can interact with many drugs due to its caffeine content. A person may wish to consult their doctor to see whether any of their medications are in that category.

In addition, the Centers for Disease Control and Prevention (CDC) warn against mixing a caffeinated beverage, such as coffee, with alcohol. The combination may result in a person drinking more alcohol than they realize and thus experiencing more of its harmful effects.

The amount of caffeine considered safe by the FDA is equivalent to four or five cups of coffee. However, some individuals are more sensitive to the effect of caffeine and may experience some of the following:

Other sources of caffeine

Other beverages containing caffeine include tea, sodas, and energy drinks. Tea and sodas generally have less caffeine than coffee, while some energy drink brands may have two to three times the amount of caffeine in a coffee drink, according to the FDA.

According to the American Heart Association (AHA), coffee has several benefits, including:

In addition, the AHA note that caffeine may also:

Although cafestol and kahweol can have a negative effect on cholesterol, they may also provide some health benefits. Research suggests they may have anti-inflammatory and anti-cancer properties.

Cholesterol is a fat-like substance that promotes health when its levels in the body are healthy. When cholesterol levels are too high, the fat builds up in the arteries. Once the fat accumulates enough to obstruct blood flow, it is dangerous, as it can cause a heart attack or stroke.

Types of fats in the blood include:

People with high cholesterol should consult their doctor to check whether they need medication, as various drugs can lower cholesterol levels.

However, some people may take a medication or have a condition that is causing the cholesterol problem. In those cases, a person’s doctor may change the prescription drug or suggest a different treatment.

The relationship between coffee and cholesterol may depend on how a person brews the beverage. Paper filters may help minimize the amount of natural oils and result in a coffee drink with less effect on cholesterol.

People who have high cholesterol may wish to avoid drinking unfiltered brews, such as Turkish coffee. Without a paper filter, more of the cholesterol-raising oils end up in the coffee.