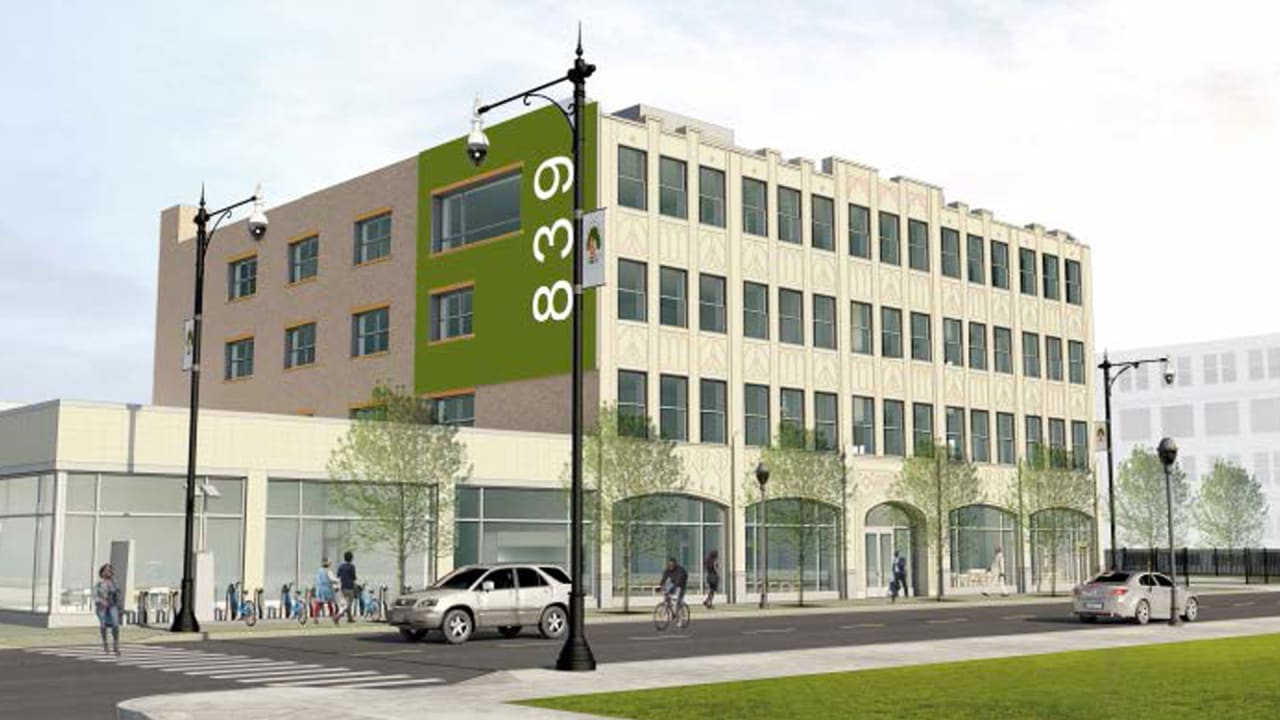 GAGDC was the recipient of the Pritzker Traubert Foundation’s inaugural $10 million Chicago Prize and received funding from the City of Chicago’s INVEST South/West program. In addition to the Healthy Lifestyle Hub, GAGDC is partnering with Urban Grower’s Collective and Green Era to develop a renewable energy and urban farming campus in Auburn Gresham.

“This past year brought challenges unlike anything we’ve ever seen, but it also surprised us with some unbelievable blessings,” said GAGDC CEO Carlos Nelson. “With funding from the Pritzker Traubert Foundation’s Chicago Prize and the City of Chicago’s INVEST South/West initiative, our vision for the Healthy Lifestyle Hub was able to come to life. And now, as a lifelong Bears fan, to be able to say once again ‘MY Chicago Bears’ are investing too, it’s simply a dream come true. We are so grateful for the support we’ve received from everyone involved and look forward to the Healthy Lifestyle Hub opening next spring.”

Nelson was one of four community advocates representing an NFL team and announcing their first-round pick on stage with Commissioner Roger Goodell at the 2021 NFL Draft in Cleveland. The Bears nominated Nelson for the opportunity, due to his impactful work with GAGDC.

INVEST South/West is a community improvement initiative under Mayor Lori E. Lightfoot to marshal the resources of multiple City departments, community organizations, and corporate and philanthropic partners toward 10 communities on Chicago’s South and West Sides. Through this groundbreaking collaboration, the City will align more than $750 million in public funding over the next three years, while seeking to maximize those public investments in order to attract significant additional private and philanthropic capital, respond to changing commercial trends, and enrich local culture. With a focus on 12 key commercial corridors in the 10 communities – the “front doors” to the neighborhoods – INVEST South/West collectively supports infrastructure development, improved programming for residents and businesses, and policies that impact each of the community areas surrounding these corridors to create lasting impact. To learn more, please visit chicago.gov/city/en/sites/invest_sw/home.

The Pritzker Traubert Foundation has invested in Chicago neighborhoods for more than a decade, focusing on economic opportunity for all Chicagoans. As part of its $100 million commitment to Chicago, it launched the Chicago Prize, a $10 million investment in a single catalytic initiative. The inaugural 2020 Chicago Prize was awarded to Always Growing, Auburn Gresham to support the Greater Auburn Gresham Development Corporation’s Healthy Lifestyle Hub, along with a nearby urban farm and green energy campus being developed by Urban Growers Collective and Green Era Energy.