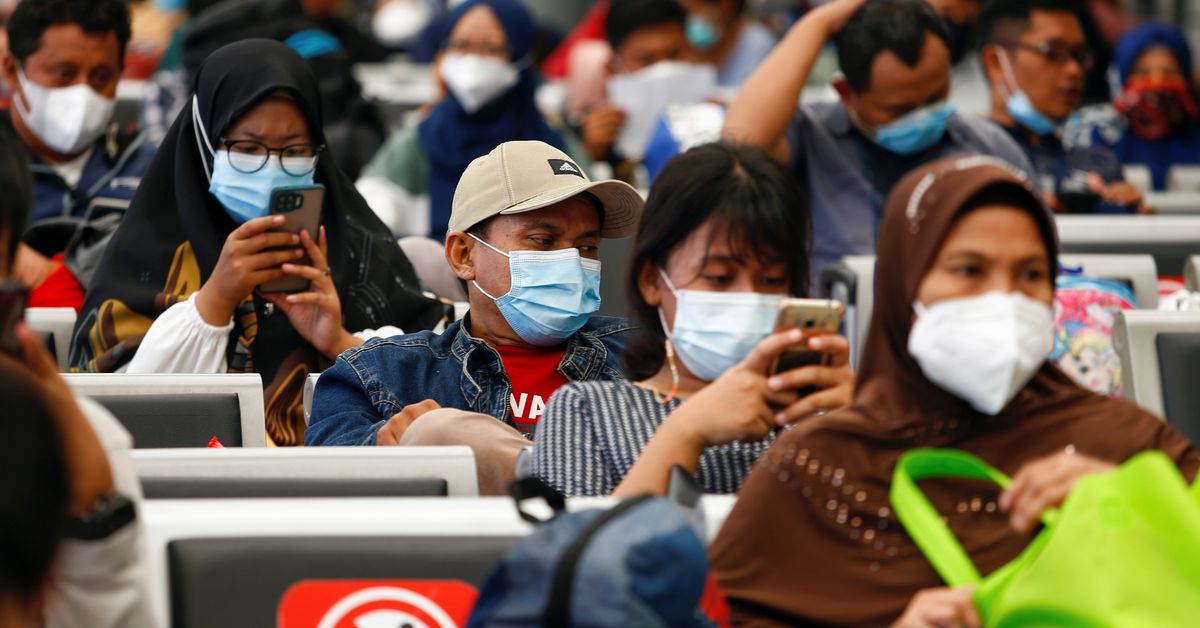 Passengers sit at the train station as they wait to return to their hometowns ahead of the Eid al-Fitr celebration, an activity locally known as “mudik”, amid the coronavirus disease (COVID-19) pandemic, in Jakarta, Indonesia, May 5, 2021. REUTERS/Ajeng Dinar Ulfiana

Indonesia reported a new cluster of 42 coronavirus infections among medical workers who treated 13 Filipino ship crew who were sick with COVID-19, and is tracing dozens of others, a government official said on Sunday.

About 140 other medical workers came into close contact with the crew of the Panamanian-flagged cargo ship Hilma Bulker, who tested positive for the new coronavirus after docking in Central Java on April 25, the province’s governor, Ganjar Pranowo, told Reuters. The vessel had come from India.

Genome sequencing showed the crew had the highly infectious B.1617.2 variant first identified in India, Ganjar said, adding that one of them had later died in hospital.

“For now we’re actively tracing their nurses. Hundreds had had direct contact, close contact, and 42 had tested positive,” Ganjar said by phone.

With more than 1.7 million confirmed cases and 49,000 deaths, Indonesia is the worst-hit country in Southeast Asia. read more

Its COVID-19 crisis is not as bad as that seen in India, but some health experts are concerned mass gatherings at this month’s Eid al-Fitr celebrations and virus variants could trigger a surge of new cases in the world’s fourth-most populous nation.

Last month Indonesia stopped issuing visas for foreigners who had recently been in India.

Ganjar said all other crew members of the Hilma Bulker had self-quarantined on the ship, and 49 Indonesian officials who oversaw the unloading of the ship had all tested negative for the virus.

The vessel had delivered refined sugar from India, Ganjar said. It left Indonesia this month headed to the Philippine capital Manila, according to Refinitiv Eikon’s vessel tracker.