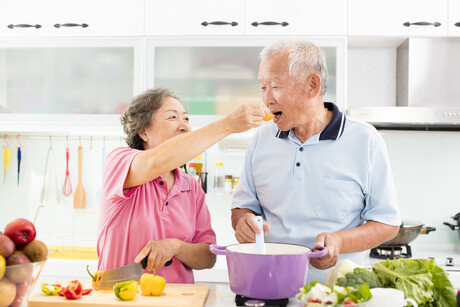 Researchers from China’s Duke Kunshan University have found that a healthier lifestyle is associated with a lower risk of cognitive impairment in adults aged 80 years and older, even in cases where a person carries a genetic risk of dementia.

The APOE gene comes in several different forms, and people with a form known as APOE ε4 have an increased risk of cognitive impairment and Alzheimer’s disease (AD). Previous research has also linked cognitive function to lifestyle factors, such as smoking, exercise and diet. However, it has been unclear whether the benefits of a healthy lifestyle are affected by APOE ε4, particularly for adults over 80 years of age.

To clarify the relationship between APOE ε4 and lifestyle, researchers examined data from 6160 adults aged 80 or older who had participated in a larger, ongoing study known as the Chinese Longitudinal Healthy Longevity Survey. The researchers statistically analysed the data to investigate links between APOE ε4, lifestyle and cognition. They also accounted for sociodemographics and other factors that could impact cognition.

A previous study suggested that in individuals at low and intermediate genetic risk, favourable lifestyle profiles are related to a lower risk of dementia compared to unfavourable profiles — but these protective associations were not found in those at high genetic risk. However, the latest investigation showed the link between lifestyle and cognitive impairment did not vary significantly based on APOE ε4 status, which represented the genetic dementia risk. This suggests that maintaining a healthier lifestyle could be important for maintaining cognitive function in adults over 80 years of age, regardless of genetic risk.

The cross-sectional study, published in the journal PLOS Medicine, thus emphasises the importance of a healthy lifestyle on cognitive health — and while further research will be needed to validate these findings among different populations, the study could help inform efforts to boost cognitive function for the oldest of adults. In the next step, the team will explore the interactive relationship between AD polygenetic risk score (AD-PRS) and lifestyle on cognition with the longitudinal data.