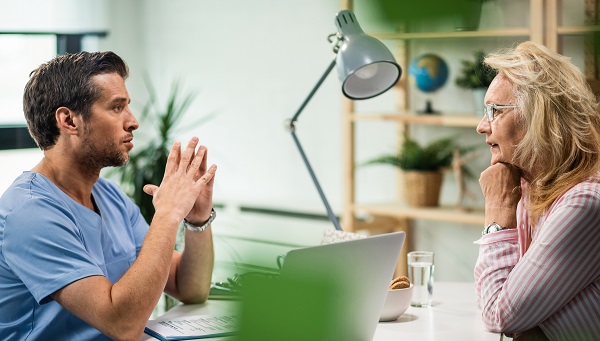 The vast majority of patients with atherosclerotic cardiovascular disease (ASCVD) started on lipid-lowering therapies do not have their treatments intensified, according to a new observational study.

Overall, fewer than one in five patients had their treatment intensified over a 2-year period, and this failure to adjust medication had a direct impact on the ability to achieve the recommended LDL cholesterol thresholds set out in the 2018 American College of Cardiology/American Heart Association (ACC/AHA) guidelines for the management of cholesterol, say investigators.

“It’s a sobering thing to see that over 2 years only 17% had their therapy intensified,” lead investigator Christopher P. Cannon, MD (Brigham and Women’s Hospital, Boston, MA), told TCTMD. “One would have hoped and expected to see more. It’s pretty amazing, but the first intensive statin therapy study I was involved with was back in 2004, PROVE-IT, and then the guidelines changed later in 2004. It’s now 17 years later and we’re still crawling to barely get patients on intensive therapy that doesn’t cost much money and has been proven 25 times over.”

The ACC/AHA cholesterol guidelines recommend that patients with ASCVD reduce LDL cholesterol levels by 50% or more with a high-intensity statin (atorvastatin 40 to 80 mg and rosuvastatin 20 to 40 mg), or the maximally tolerated statin dose (class I indication). While they don’t recommend a “treat-to-target” strategy, they do recommend additional lipid-lowering therapies in high-risk ASCVD patients if LDL cholesterol levels still exceed 70 mg/dL. To get down below that threshold, ezetimibe is a reasonable and appropriate add-on, followed by a PCSK9 inhibitor such as alirocumab (Praluent; Regeneron/Sanofi) or evolocumab (Repatha; Amgen), according to the guidelines.

Douglas S. Jacoby, MD (University of Pennsylvania Perelman School of Medicine, Philadelphia), who wasn’t involved in the analysis, said that for patients with established ASCVD, the first step is to get patients on one of the high-potency statin options. “The issue is that, roughly speaking, 15% are going to have side effects,” he told TCTMD. “If you factor in nonadherence, an even greater percentage of people won’t be willing to take those medicines at those doses.”

Nonetheless, the evidence supports lowering LDL cholesterol levels as low as possible, said Jacoby, noting that the European Society of Cardiology (ESC) guidelines, as well as some professional societies in the US, recommend treating to a specific LDL cholesterol target, often to less than 55 mg/dL for patients at high risk for CVD events. In patients at extreme risk, the target is even more aggressive (ie, < 40 mg/dL). “All of this is because the benefit of LDL lowering does appear to be a relatively linear continuum, with data pointing to LDL levels all the way down to 30 mg/dL and possibly below for continued clinical benefit,” said Jacoby.

Age is also a factor in addition to risk of CVD, said Jacoby. “The more-severe disease they have, and the younger they are, the more aggressive I want to be,” he said.

It’s now 17 years later and we’re still crawling to barely get patients on intensive therapy that doesn’t cost much money and has been proven 25 times over. Christopher P. Cannon

Overall, 17.1% of patients had treatment intensified to a high-potency statin over 2-year follow-up. For those not receiving a PCSK9 inhibitor, 22.4% of those with LDL cholesterol levels ≥ 100 mg/dL had treatment intensified, with 6.4% of these patients having statin therapy adjusted to a high-potency statin. Another 6.8% had ezetimibe added to their regimen while 6.3% received a PCSK9 inhibitor.

For those with LDL cholesterol levels of 70 to 99 mg/dL, only 14.4% had treatment intensified during follow-up. Of these, 6.3% had statin therapy intensified, 4.5% had ezetimibe added, and 2.2% received a PCSK9 inhibitor.

Finally, in those prescribed a PCSK9 inhibitor initially, 12.5% had treatment intensified during follow-up. This included intensification of statin therapy in 1.3%, adding ezetimibe in 4.0%, and adding a statin in 3.6% of patients.

Despite the proven benefits, patients are often reluctant to start treatment with a high-intensity statin, said Cannon, noting the drugs have been given a bad rap in the press and on social media. “There’s so much misinformation and confusion out there for something that is so clearly beneficial with almost no cost,” he said.

To TCTMD, Jacoby noted that physicians might stop short of intensifying treatment if the “numbers look fine,” rather than asking themselves if they’ve truly optimized lipid-lowering therapy to lower LDL cholesterol as much as possible.

“There’s a difference between saying something is just OK and something is optimal,” he said. “I think that’s what we’re seeing in this paper. The numbers in [GOULD] were OK. They weren’t great. People could have been doing better, but more often when people go to their provider they have 15 or 20 minutes to go over every symptom and complaint and don’t always have time for an in-depth discussion. As a cholesterol specialist, I have that luxury. I spend 20 minutes with patients and the vast majority of that time is just talking about LDL cholesterol.”

The bottom line, he said, is that GOULD confirms that patients and providers are not as aggressive as they should be with uptitrating medications to reduce ASCVD risk.

The more-severe disease they have, and the younger they are, the more aggressive I want to be. Douglas S. Jacoby

“No matter how you cut it, no matter what population you look at, roughly speaking during any given slice of time, at best, 40% to 60% are achieving the guideline-based goals,” said Jacoby. “That’s been true for decades. Now, people do get better at managing LDL cholesterol, but the guidelines also get more aggressive. We’re not really catching up too much because as physicians are doing more, the guidelines are changing. When I started my career, the goal was just to get the LDL cholesterol to below 100 [mg/dL].”

For Cannon, the bulk of referrals to their lipid clinic is made up of patients reluctant to start high-intensity statin therapy, or those who complain of side effects when taking the drugs. He noted that GOULD included patients with ASCVD, which is a high-risk group in which he’d have expected to see greater use of more-intensive lipid-lowering therapies. Over time, Cannon said there was an incremental increase in the use of more-intensive therapies, but progress remains slow. Also, uptake of more-intensive treatment didn’t alter following guideline changes.

“The way to improve treatment isn’t simply to publish the guidelines,” he said. “There needs to be education, too.” The researchers are currently expanding GOULD to assess whether early, targeted education for clinicians at roughly 60 participating sites improves adoption of more-intensive lipid-lowering therapy. “We just have to keep at it,” said Cannon. “We as doctors feel the need and know the benefit, but how do we convey this to patients to get them to really stick with it?”