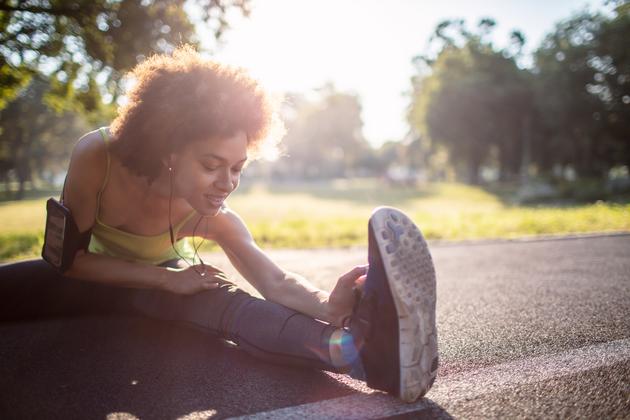 A year of limited activity and indoor isolation left us yearning to get away from technology, and in many cases to get fit – again. One answer can solve both of those issues: outdoor workouts.

Exercising outside produces a long list of healthy habits and benefits, including a boost to mental health. Additionally, it’s easy to keep a social distance outdoors, even if you’re working out with friends.

As industries shifted to work-from-home during the coronavirus pandemic, a lot of those home-bound workers, sitting near the snacks in their own kitchens, put on what some are calling the COVID 19, as in pounds.

Many were reluctant to go to gyms or fitness centers, which in some places were closed to guard against coronavirus transmission. Even now, with restrictions relaxed or removed, not everyone is in a hurry to return indoors.

Throughout the United States, people threw open the doors to take in nature. The Trust for Public Lands issued a special report on Parks and the Pandemic, which showed that use of parks, trails and other public spaces surged at the outset of COVID-19, with usage doubling in many locations, and increasing a whopping 165 percent at Pennsylvania’s Presque Isle State Park in March 2020 compared with the same timeframe a year earlier, before we knew what COVID-19 was.

That’s a turnaround from 2019, when a study by the Outdoor Foundation showed that half of the U.S. population failed to recreate outdoors, and fewer than 20 percent participated in outdoor activity a minimum of once a week.

The sun is outside, and that’s a universal plus-point. Even our happy-face emojis look like the sun. The sun is a great and widely available source of vitamin D, which all living things require. Our body gains from vitamin D through healthy bones, steady calcium levels, reduced inflammation and a bolstered immune system, according to a report in Medical News Today.

Those benefits don’t stop there. Sunlight has been shown to benefit our cardiovascular system and lower blood pressure. Serious athletes are taking notice, too, drawing upon a pair of recent studies that show reduced muscle damage and increased sprint performance thanks to vitamin D, as reported in Outside magazine.

Think that the local park can’t match the gym for workout equipment? Try again. Adding fitness equipment to public facilities is a trend on the rise. Philadelphia is just one city that has rolled out a way to keep its citizens fit in their own parks.

A focus on outdoor exercise began well before the pandemic. Researchers at the University of Essex began studying “green exercise” back in 2003. “It is a concept which has also captured the interest of people around the globe as a solution to improve mental wellbeing for all ages,” states the school’s website.

More recently, the American Council on Exercise initiated the Moving Together Outside Campaign, which encourages shared-use agreements that allow open spaces to be used more frequently. Long before then, in the 1980s, the term “forest bathing” was coined, referring to the Japanese practice of reconnecting with forests and stemming tech-induced burnout.

A positive sign of the pandemic-inspired drive outdoors was the surge in bicycle sales. Of course, that was a negative for those left on their feet when unable to locate a bike to buy. For a motor-driven nation, the return to two wheels can be seen as a step forward.

All of this data might make you look smarter if you’re staying fit outdoors, but it leads to better brainpower in the classroom too. The study, “School Green Space and Its Impact on Academic Performance: A Systematic Literature Review” in the International Journal of Environmental Research and Public Health analyzed findings on studies about green space and academic performance. Researchers found that 28% of the findings were “significant and positive” while 64% were non-significant and 8% significant and negative.

Another study, from the Proceedings of the National Academy of Sciences of the United States of America, shows that children who grow up near greenspace face a lower risk of psychiatric disorders. Back in 2014, researchers at the University of Illinois determined that children who participated in physical activity for an hour or more a day were able to better pay attention, move between mental exercises and were less easily distracted, according to the school.

Children aren’t the only individuals positively affected by green space. Researchers at Korea’s KAIST found that as cities develop economically, residents’ happiness is more closely tied to the availability of green space.

With all of this breath-taking evidence in favor of nature, there’s only thing left for you to do: Get out!