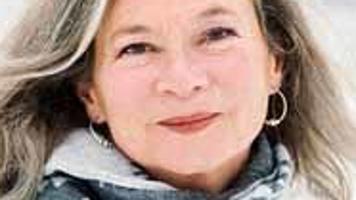 Trying to do too much, or having to assume too much responsibility can result in that feeling of spinning in place, of being unsure what the next appropriate step might be.

The result might be fatigue, discouragement or any number of upleasant results of not being able to do anything as well as you would like.

Advice abounds. You’ve all heard about breaking projects down into chunks, getting more rest, asking for help and so on.

But when one is in the thick of it, it can feel like being in a vortex – like not having enough distance to get perspective on what to tackle first. Friends have told me that situations like that often result in what they call “paralysis” … turning on a favorite movie, going to bed, drinking too much or spending a lot of time on the phone telling their buddies about it.

The website healthyplace.com says that people often express frustration that their anxiety can stop them from living a full life. Blogger Tanya Peterson said on the site that it might be helpful to remember that anxiety, which is about thoughts and feelings, is separate from action, which we may be more successful in controlling.

“Here is where we can regain our power,” she said, “We can take action no matter what anxiety is telling us.”

Peterson also suggested staying in the present, pointing out that we don’t have to wait for anxiety to disappear to take action.

Her third suggestion is to counter one’s fears by focusing on a realistic truth.  “Put a positive spin on the what-if game and then act on that positive spin,” she said. “You absolutely can move despite paralyzing anxiety.”

One thing I learned from my mother was that when she was entertaining a group and had a big meal to prepare, she would start by setting the table early in the day. She said that this helped her convince herself that “this is really happening today,” and that made her take charge of herself and start  checking tasks off her list, rather than getting stuck in a place of feelng overwhelmed. Build on small accomplishments, in other words.

I love what I heard years ago from life coach/blogger Tim Ferris on this. Ferris, who has experienced major anxiety, said that he learned to ask himself what he could do, when he had anxiety about something that he wanted or needed to do, but could not.

Sometimes, when we have a mental block about a task, it helps free the mind to just do something. Having a mental block about making a phone call? Maybe just straighten up your desk or take out the recycling. Feeling anxious about preparations for a meeting? Take a 10-minute walk outside.

Within reason, sidestepping the anxiety-producing task for a short time can help reset the brain in preparation for a “restart,” and that might be all that is needed to get things going again.