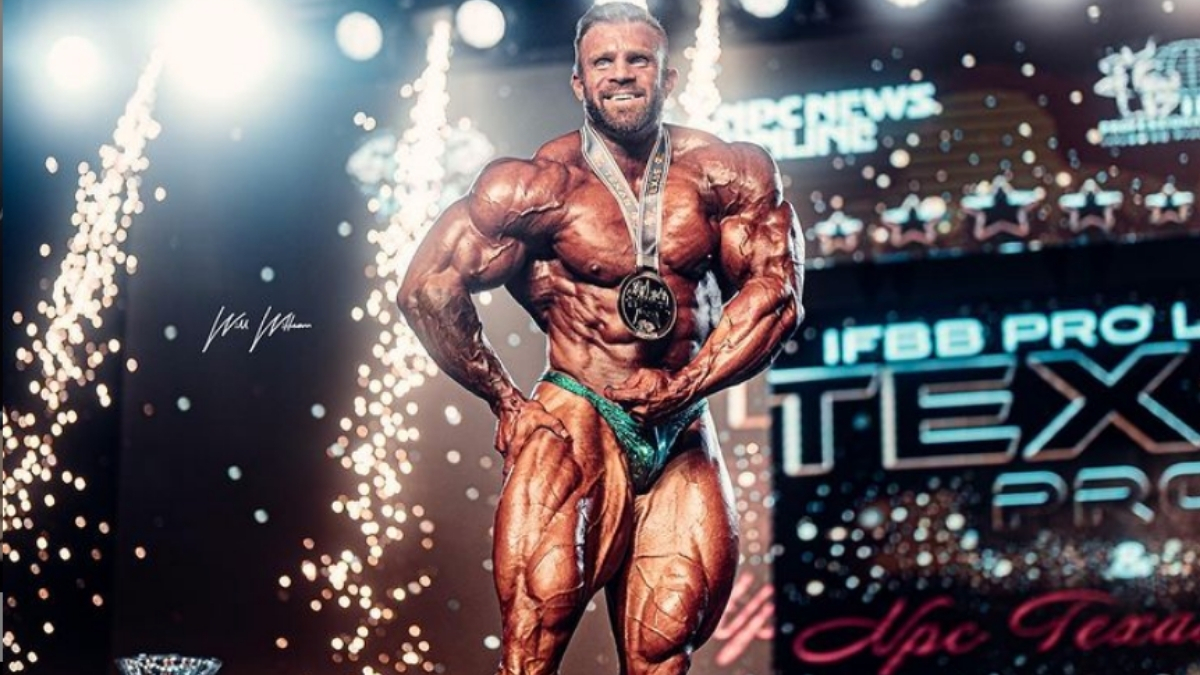 After winning the 2021 Tampa Pro contest on August 7, Iain Valliere could’ve returned to Canada and started preparing for the 2021 Arnold Classic and the 2021 Olympia, the latter of which he’s already qualified for. Instead, Valliere traveled to Irving, TX to compete in the Texas Pro on August 14th.

His goal is to win as many titles as possible, he’s said, and to keep other competitors from earning Olympia qualifications. Well, mission success: Valliere got first and was able to prevent elite competitor Steve Kuclo from snagging the O qualification at this contest. Here’s the full top 10.

Valliere needed to be as good or even better than he was in Tampa if he wanted to win this contest, and the judges felt he got the job done. He appeared slightly leaner than the weekend prior, and brought a lot of energy. Even during additional callouts and poses, Valliere never appeared to fatigue.

His elite conditioning and stage presences most definitely played a factor in his placing. Since Valliere was already qualified for the Mr. Olympia (taking place October 7-10 in Orlando, FL), no one at this contest receives an automatic invite. Valliere now moves on to the 2021 Arnold Classic in Columbus, OH on Sept. 25.

Kuclo, who is a Texas native, was arguably the biggest competitor on the stage. Even with the added size, he was able to keep his abs tight. His symmetry is also very good. Valliere was better conditioned, though, and that’s most likely why Kuclo placed second in the end.

If Kuclo is to compete in the Mr. Olympia this year, then he must either win the Arnold Classic or receive a special invite. There are not enough contests left for him to accumulate the points needed in the Olympia Qualification Series to earn one of the top three positions.

Clahar is also competing for the second straight weekend, and he was also better here than he was in Florida. Some of the fans in attendance thought he could’ve won this contest. He was doing very well against the top two in the back poses.

At one point, Clahar was even placed in the center during the callouts which meant the judges were considering him as the guy to beat. He may not have gotten the title, but he did assert himself, both to fans and his fellow competitors, as a serious contender in the Men’s Open division.

Athletes in five other divisions also competed at this contest over the course of the two-day event. Winners all received qualifications for the 2021 Olympia. The winners of the other five divisions are below.

The two remaining contests for the Men’s Open division are the Europa Pro, which is taking place on Sunday, August 15 in Alicante, Spain, and the Arnold Classic, where the winner will earn the final qualification position for the Mr. Olympia.