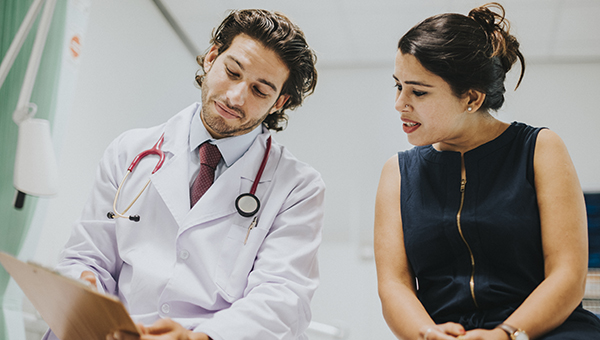 A new paradigm may be needed to target high LDL earlier in life to reduce the cumulative burden of atherosclerosis, say experts

Increasing exposure to LDL cholesterol in young adulthood and middle age is associated with a significantly increased risk of coronary heart disease (CHD) independent of midlife lipid levels, according to the results of a new analysis.

In an editor’s note accompanying the analysis, Ann Marie Navar, MD, PhD (UT Southwestern Medical Center, Dallas, TX), and Gregg Fonarow, MD (University of California, Los Angeles), point out that several observational studies have now shown that exposure to LDL cholesterol increases CVD risk in a “dynamic and cumulative fashion, similar to pack-years in smoking.” For this reason, they suggest that earlier treatment, similar to how high blood pressure is managed, be considered for elevated LDL cholesterol levels.

“As of now, those with elevated LDL are only recommended for treatment if they have extremely high LDL cholesterol or other risk factors,” Navar told TCTMD. “This is despite our knowledge that leaving LDL cholesterol untreated even if it’s mildly elevated—for example, over 100 mg/dL—early in life allows potentially decades of exposure to atherogenic lipoproteins. If someone’s blood pressure is 150 mm Hg we don’t tell the patient, ‘You don’t have other risk factors and your 10-year risk is low, so we can leave this alone.’ And [yet] blood pressure medications arguably have as many if not more side effects than statins.”

From the four studies, 18,288 participants (mean age 56.4 years; 56.4% women) were included in the analysis. The study was restricted to people who had two or more LDL cholesterol measurements taken at least 2 years apart between the ages of 18 and 60 years, with at least a single measurement occurring in middle age (40 to 60 years). Overall, the mean LDL level at the time of the index visit was 123.0 mg/dL, the cumulative LDL level was 4,837 [mg/dL x years], and TWA-LDL level was 125.6 mg/dL. The slope of the LDL cholesterol curve was 0.7 mg/dL/year.

In terms of why there was no association with the change in LDL cholesterol (slope), Zhang said it’s possible that those with a steeper slope between the two measurements might reflect a smaller lifetime burden. “If you think of two people with the same LDL cholesterol at middle age, those who arrive at a level with a steeper slope might actually have a smaller cumulative LDL level, or a smaller area under the curve,” she said.

Zhang said the best way to maintain optimal LDL cholesterol levels throughout the life span is with a healthy diet and physical activity, but it’s possible this might not be enough in some people. Treatment usually starts later in life, after middle age, so there are some arguments about whether it should begin earlier “as opposed to waiting until they already develop atherosclerosis,” she said.

Navar, who published an analysis in 2015 showing that hyperlipidemia in early adulthood increases the lifetime risk of CHD, said that she follows the ACC/AHA screening recommendations because it’s important to identify those with severely elevated LDL cholesterol and possible familial hypercholesterolemia, a lipid disorder that is known to be underdiagnosed. In addition, early lipid screening can help promote lifestyle changes that are necessary in some patients. Despite the early screening, Navar believes the current clinical guidelines are missing a “huge opportunity” to lower CVD risk by undertreating high LDL cholesterol levels in young people.

“Personally, I often recommend statins for people with elevated LDL cholesterol early in life to lower their lifetime risk,” she said. “They are safe, well tolerated, and affordable.”