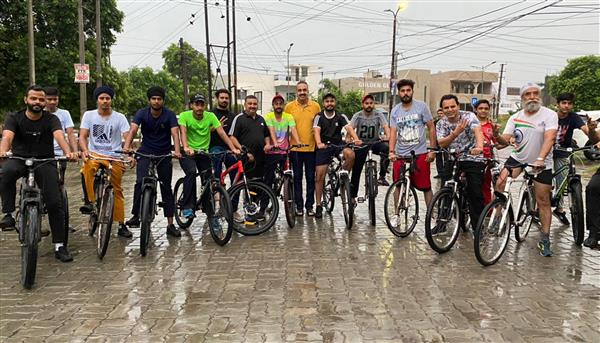 The bicycle rally started from the Ranjit Avenue B-Block Market at 7 am and Additional Commissioner, Municipal Corporation Amritsar (MCA) Sandeep Rishi gave the green signal to start the cycle rally. Sandeep Rishi also participated in the bicycle rally on his cycle. Despite the rain in morning hours, the cyclist peddled with enthusiasm.

Rishi stated that cycling was one of the best ways to lead a healthy lifestyle. “A healthy society can build a strong nation. A 2.6 km track is being constructed at the Ranjit Avenue under the Smart City Mission for promotion of cycling in the city. The cycle track will start soon. Another cycle track of 7.6 km is being developed along with the smart road outside Wall City on the Outer Circular Road.