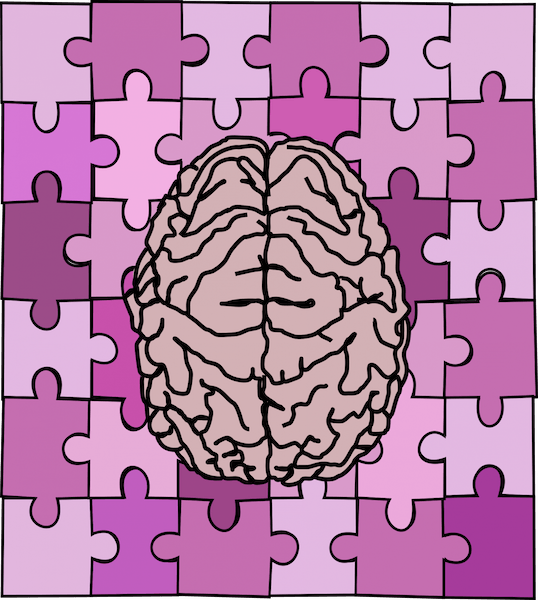 In a multi-center study led by Asst. Medicine Prof. Heather Ferris, researchers found cholesterol produced by brain cells called astrocytes leads to beta-amyloid production, which results in the accumulation of plaques within the brain. The study suggests blocking cholesterol production by targeting astrocytes in a lab model of Alzheimer’s disease shows a decrease in beta-amyloid production, meaning less buildup of plaque in the brain.

Alzheimer’s is a progressive form of dementia that impacts memory and other cognitive functions in patients. Alzheimer’s disease accounts for 60 to 80 percent of all dementia cases. While the disease typically afflicts patients over the age of 65, it can also affect younger individuals, particularly those with a strong family history of the disease. Given the U.S.’s aging population, Alzheimer’s now represents the sixth leading cause of death.

With its already staggering prevalence, a recent Medicare survey showed that less than 50 percent of people are aware of their diagnosis. Clay Jacobs, executive director of the Greater Pennsylvania Chapter of the Alzheimer’s Association, noted the continuing increase of the prevalence of Alzheimer’s disease.

“The impact of this disease is already so significant and likely undercounted,” Jacobs said. “We look at things like diagnosis and diagnostic rates of over five million, with the number expected to triple in the next few decades.”

Alzheimer’s disease impacts an individual’s social, financial and emotional well-being. According to Jacobs, for many, it hinders their ability to make a living, with the cost of care creating a financial burden.

“From an emotional impact, we know right now, there is still a stigma attached to the disease,” Jacobs said. “The pathology starts 10 to 20 years before we see symptoms. Even after the onset of symptoms, the average delay is five to 10 years until someone seeks a diagnosis.”

In fact, many patients deal with this progressive neurodegenerative disease with very limited information and access to resources after symptoms have manifested. While Alzheimer’s is not curable, there are treatments such as aducanumab, donepezil and memantine that can help to ameliorate symptoms.

Researchers have found abnormal structures called plaques and tangles in the brains of Alzheimer’s patients, which would damage or even induce cell deaths within critical structures related to memory and personality — as such, factors related to plaque formation could help elucidate the mechanisms associated with the development of Alzheimer’s disease.

Published in the Journal of the Proceedings of the National Academy of Sciences, Ferris’s findings provide insight not only into how and why plaques form but also why genes that associate with cholesterol are linked to an increased risk of Alzheimer’s disease. Accumulation of beta-amyloid causes Alzheimer’s disease by disrupting the communication between brain cells. Ferris’ discovery offers scientists guidance on where to continue in their effort to prevent Alzheimer’s disease from developing.

Cholesterol is commonly known for its role in coronary artery disease affecting the heart. It produces hormones and carries out several critical functions in the body. The new discovery by Ferris highlights cholesterol’s role in the development of Alzheimer’s disease and sheds light on its multiple functions in the human body.

In healthy neurons, the amount of cholesterol is low. For patients with Alzheimer’s disease, neurons are unable to regulate beta-amyloid and plaque forms. Amyloid-beta production plays a critical role in brain cells, so, according to Ferris, finding strategies to prevent astrocytes from overproducing cholesterol could be a strategy in fighting Alzheimer’s disease.

“In the past five years, we have done more than we have in the past 100 years, and so the potential in the years ahead is very significant,” Jacobs said.

While further investigations are needed, Ferris’s study indicates targeting beta-amyloid production can be a new way of mitigating the effects of plaques related to the development of Alzheimer’s disease.