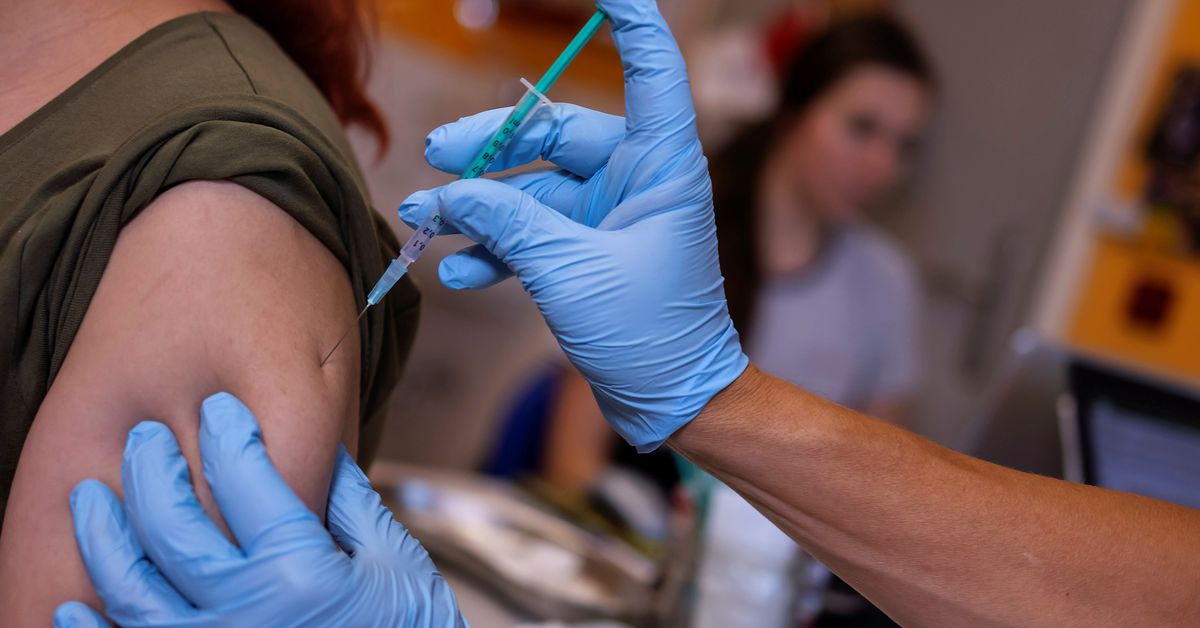 A doctor vaccinates a woman with a coronavirus disease (COVID-19) vaccine, in his doctor’s office in Berlin, Germany, November 2, 2021. REUTERS/Hannibal Hanschke

BERLIN, Nov 4 (Reuters) – Germany reported 33,949 new COVID-19 infections, the highest daily increase since the start of the pandemic last year, ahead of a two-day meeting of state health ministers starting on Thursday.

Countries across Europe have been reporting rises in coronavirus infections, prompting debate over whether to reintroduce restrictions and how to persuade more people to get vaccinated.

The daily number of cases was likely inflated by a public holiday in parts of Germany on Monday that led to a delay in data-gathering. The previous record was on Dec. 18, with 33,777 cases.

“That should have happened long ago,” he told broadcaster ZDF on Thursday.

As of Wednesday, only 6.7% of people over 60 in Germany had received a booster shot, according to data from the Robert Koch Institute for infectious diseases.