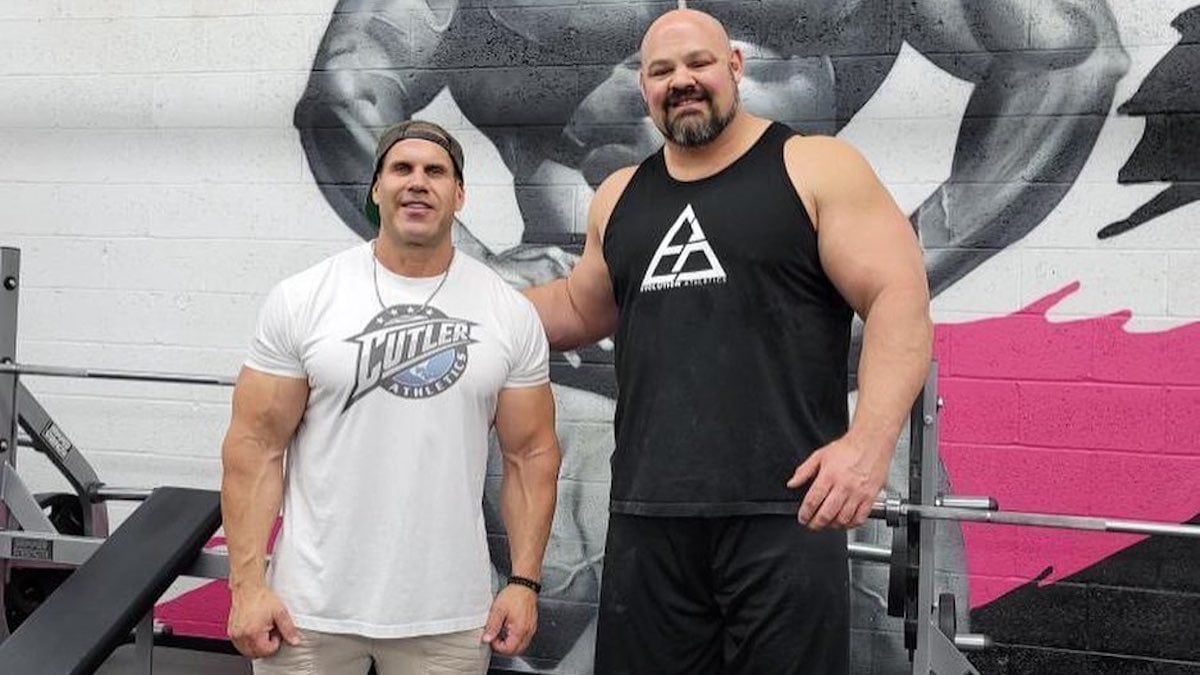 When two of the greatest strength sports athletes of all time sit down together for a Q&A session, the ears of the strength world should perk up. On Nov. 18, 2021, four-time World’s Strongest Man (WSM) Brian Shaw hosted a Q&A with four-time Mr. Olympia Jay Cutler on Shaw’s YouTube channel. Questions bounced from the what-ifs about which of these two titans would excel in the others’ sport to comparing diets to what they love and hate about bodybuilding and strongman.

Q&A’s are somewhat of a recurring series on Shaw’s YouTube channel, but rarely does he do them with a guest, particularly not with the clout of a four-time Mr. Olympia. Check out the full video below:

[Related: The Clash of the 90s Place at the Table Strongman Contest Scheduled for August 2022]

The first question to tee off the Q&A asked Cutler and Shaw to pontificate about who they believe could legitimately compete at the elite level of the others’ sport in their respective primes. Shaw has previously hinted at what it might be like for him to compete as a bodybuilder, but he agrees with Cutler that his six-foot, eight-inch frame would pose a disadvantage on the Olympia stage.

To maintain the size needed to compete for the Mr. Olympia title, Cutler speculates that Shaw would likely have to lean his plus-400-pound bodyweight down to a cut 350 pounds — no easy feat. On the other side of the coin, Cutler’s shorter frame, standing at five feet, nine inches, would likely prove a difficult obstacle in strongman. For reference, the shortest strongman at the 2021 Rogue Invitational was Rob Kearney at five-foot, 10-inches, followed by 2020 WSM champion Oleksii Novikov at an inch over six feet. However, Kearney is to strongman as Shaun Clarida is to bodybuilding — always competing against larger guys.

When asked if Cutler could eat Shaw’s strongman diet, both men didn’t hesitate: absolutely he could. Cutler compares the actual diets they both ate when competing in their primes, and although Shaw’s was higher in fat content, the carbs and protein when adjusted for their size differential isn’t too far off. Cutler admits that he ate much more than many other elite bodybuilders he competed against.

It’s mind over matter a lot.

Part of Cutler’s strategy to consume enough calories was to start a meal but not necessarily finish it in the same sitting.

Cutler and Shaw received a question about what they love and hate about the other strength sport. With strongman, Cutler said he would not do well letting his weight climb to the point of having a round belly. Living his professional career via critiques from judges when his clothes come off made him adverse to wanting to put on a gut. However, he would enjoy moving the amount of weight the strongmen get to move in training — often pushing world record numbers.

Shaw admits that not controlling his fate on the competitive stage is his most significant issue with bodybuilding. In strongman, the winner of a contest is whoever was the most consistent lifting the heaviest weight or moving weight in the fastest time. Whereas in bodybuilding, all the work in training and preparation can be perfect and the judges may still not award the package brought to the stage. That element of control, however, appeals to Shaw when it comes to “sculpting” the body through diet and training.

Although no specific details were shared, Shaw hinted that he and Cutler would head to the gym together for a training session. If/when that training session comes to fruition, we’ll see if they mix and match programming or steer towards more bodybuilding or strongman-specific movements.