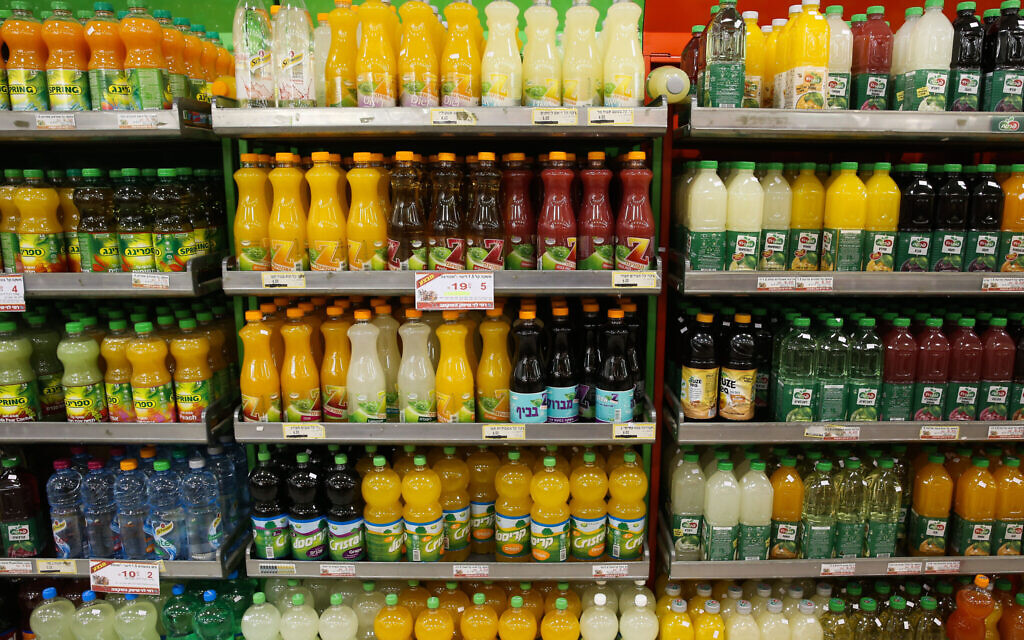 Israelis will now have to pay more for their favorite soft drinks after the Knesset gave final approval to a decree hiking taxes on sweetened beverages.

The decision, first approved by Finance Committee, was okayed by the Knesset okayed overnight Monday-Tuesday in a 57-56 decision.

The move came into immediate effect.

The decree’s authors explained that Health Ministry figures point to sugary drinks as accounting for 30-40 percent of Israelis’ consumption of added sugar that doesn’t exist naturally in foods.

They said this was a key contributor to obesity in Israel, since research shows many Israeli children drink sweetened beverages every day, placing the country at a worryingly high place in worldwide rankings of sugar consumption.

They cited the examples of other countries — including Britain, France, Finland and Mexico — that have imposed similar taxes in an attempt to encourage a healthy lifestyle, and cited research showing they can significantly lower the consumption of sugary drinks in the long term.