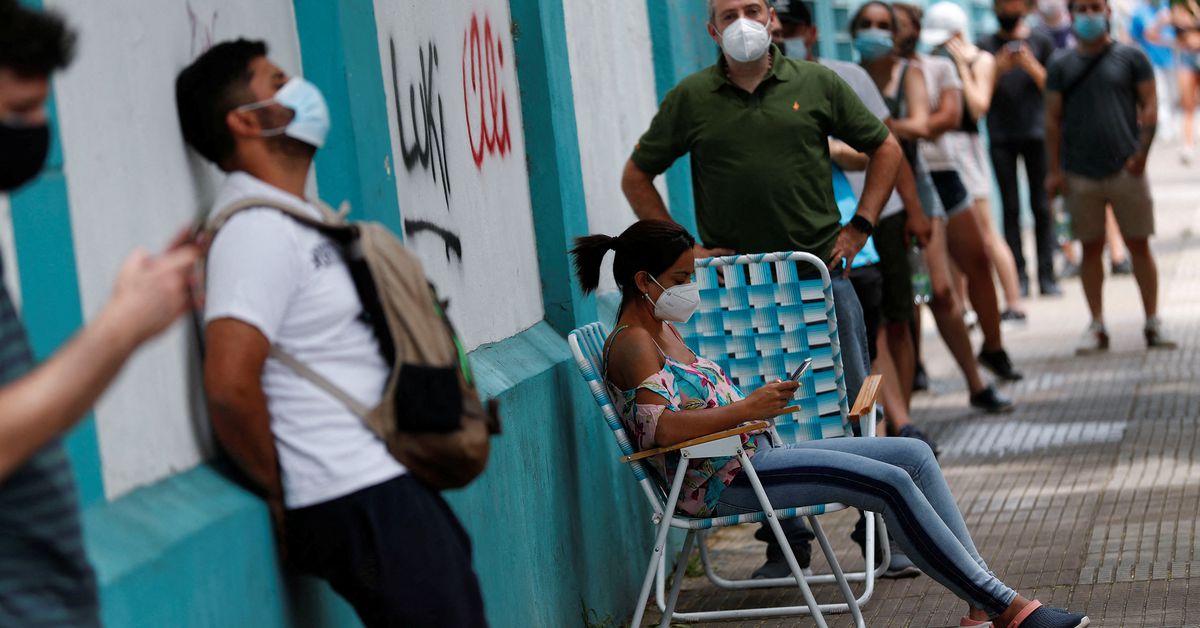 BUENOS AIRES, Jan 6 (Reuters) – Argentina broke its record for COVID-19 infections on Wednesday, approaching 100,000 daily cases as it faces a third wave of the pandemic, driven by the highly infectious Omicron variant.

But the record of 95,159 officially confirmed cases, coming in the middle of the Southern Hemisphere summer holiday season with tourist centers full of travelers, has not translated into a similar exponential rise in COVID-related deaths, which totaled 52.

“We do not have a strong impact on intensive therapy units and less in terms of deaths,” the chief of staff of the Ministry of Health, Sonia Tarragona, told local radio station Urbana Play. “The cases are mild or moderate and they are not putting stress on the health system.”

Argentina accelerated its vaccination campaign in recent months, which started with the Sputnik V vaccine, then added AstraZeneca and Sinopharm and, later, CanSino, Pfizer and Moderna.

Tarragona said she does not know “what the ceiling for infections is going to be,” but some experts believe the true number among the country’s 45 million population is already significant.

“Today in Argentina we could be quietly at around 150,000 or 200,000 cases of new infections per day,” biochemist Jorge Geffner told Reuters TV.

He estimated that the infection peak could come in mid-January.