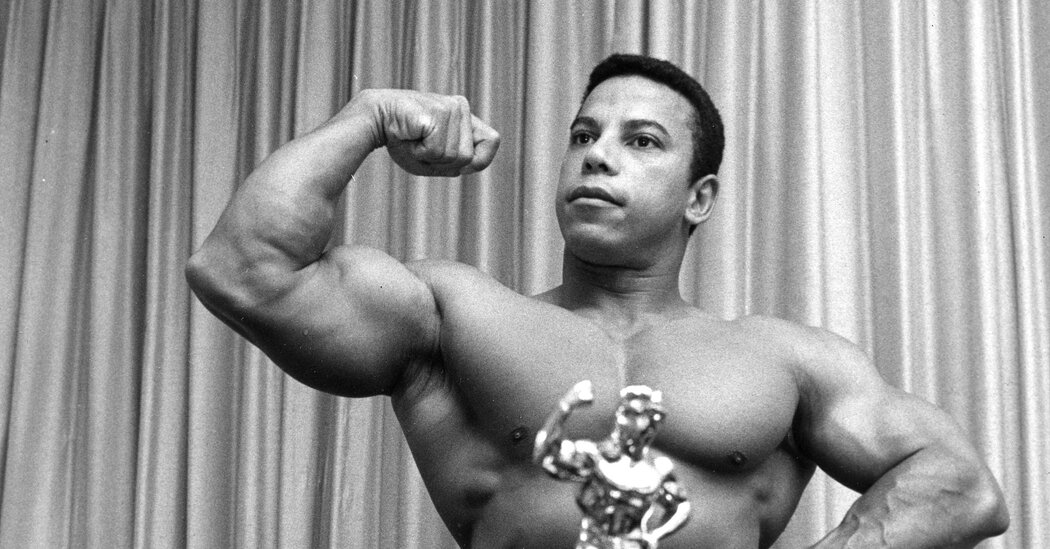 Like Miss Americas, Mr. America was expected to represent “this unbelievable image of the most perfect, virile American person,” a figure most often expected to be white, Richard Cavaler, a bodybuilding contest promoter and administrator who booked Mr. Dickerson in the 1970s, said in a phone interview. Along with physiques, judges took into account the contestants’ interview skills and their potential to represent the sport favorably on a national level.

Black athletes had taken the competition’s Most Muscular title on multiple occasions: Arthur Harris did so in 1959, and Sergio Oliva of Cuba followed in 1965 and ’66. But the overall victory had never before gone to a nonwhite competitor.

That groundbreaking win was more important to him than even his Mr. Olympia title, Mr. Dickerson said. “I had to say a few words, being the first man of color to win the competition,” he said in an interview with The Bodybuilding Legends Show in 2015. “I didn’t want to make it a racial issue, but the fact was, it was.”

While competing, he stuck to the basics: an impressively sculptured physique and a quiet respect for the sport, his colleagues said. He was known for his grace in posing, informed by ballet lessons he had taken as a young man.

“He brought class and dignity and culture to bodybuilding,” Mr. Neylon said.

At the 1980 Mr. Olympia competition in Sydney, Australia, Mr. Dickerson placed second to Arnold Schwarzenegger, the future governor of California. Some attributed that result to favoritism. In a 2009 paper published in Iron Game History: The Journal of Physical Culture, Mr. Dickerson took note of the obstacles he had faced in bodybuilding. The promoter of the Mr. Olympia contest, he said, “was a real low life, a bigot, who had a real dislike for me — partly on racial grounds and partly for my sexual orientation.”