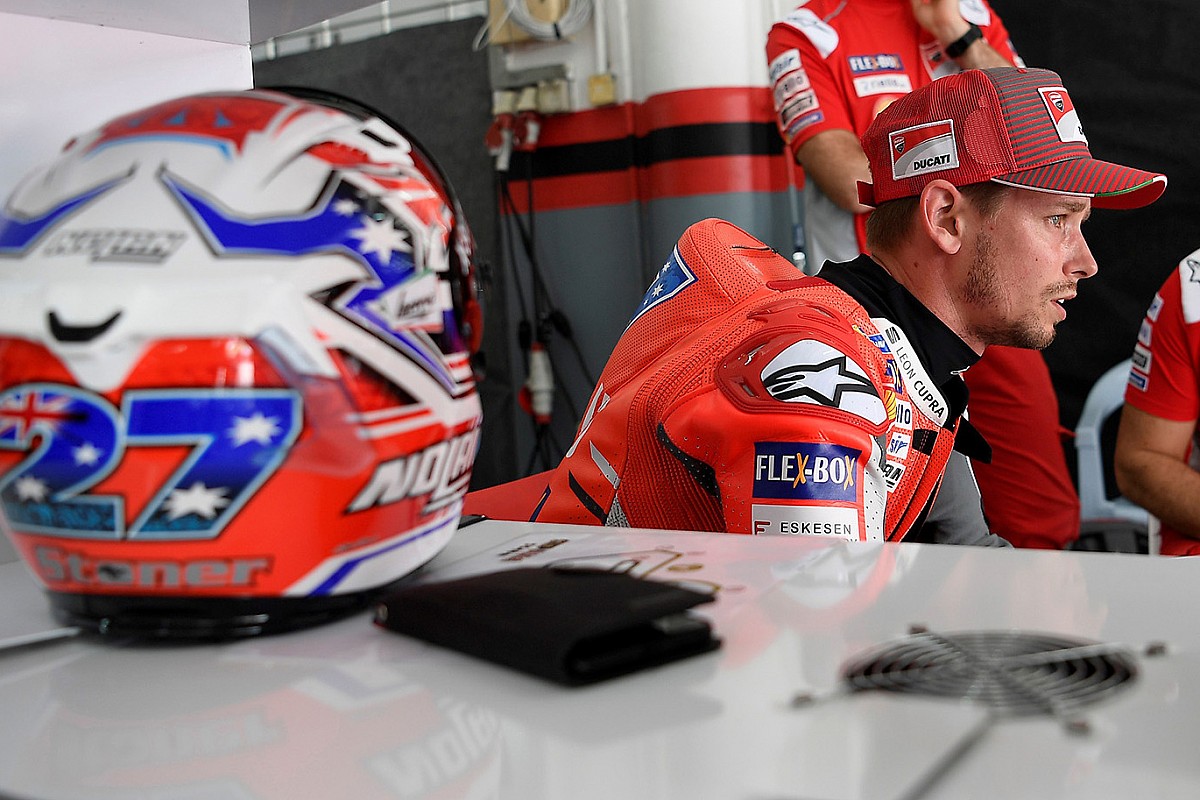 Listen to this article

The Australian enjoyed a remarkably successful career in the top flight of grand prix racing, banking two world championships during a seven-year stint between 2006 and 2012.

However that success came at a price, Stoner revealing that he was “as sick of a dog” for much of his MotoGP career due to an undiagnosed battle with anxiety.

Speaking to the Gypsy Tales podcast, Stoner admitted that during his career he would lay on the motorhome floor between sessions, and that, “the better weekend I had, the more I wanted to die”.

He has only recently been formally diagnosed with anxiety, and says had he known about it at the time it may have been easier to deal with.

“I’ve only been very recently diagnosed with anxiety, which I didn’t actually know was a thing,” said Stoner.

“Quite honestly I thought it was just something people made up to say… another way to be stressed out. Everyone gets stressed.

“Even my back locks up from my anxiety. Between the shoulder blades. I can feel it come on now, when I’m in situations and it doesn’t feel comfortable.

“And then race day… literally for years, util probably my last two years of racing MotoGP, the better weekend I had, the more I wanted to die.

“I would literally be curled up on the motorhome floor, sick as a dog, stomach in knots.

“I did not want to race. I could not feel any worse, any more apprehensive.

“I felt the pressure from the team, from everyone that had ever helped me, all the rest of it. You’ve got a team of up to 70 people there, and especially when you’re the number one rider, and everyone is expecting you to win every weekend, that built on me.

“And I only realised that after I finished my career, why I used to struggle so much with it.

“Then I got my own little mantra that helped me in the last couple of years, which was, you can only do what you can do, and you cannot do more than that.”

Stoner has battled chronic failure syndrome for many years, which first reared its head back in 2009 when he was sidelined for three races.

The battle with CFS has followed him into retirement, something he detailed back in late 2019.

While not yet able to establish a formal link between his anxiety and the CFS, Stoner says he’s sure his past coping mechanisms have played their part in his current poor health.

“I think a bit part of the reason my body is not handling it now – we don’t know exactly what causes it yet, so I can’t sit here and say this is what happened – but I’m sure it’s a big part of my body breaking down,” he added.