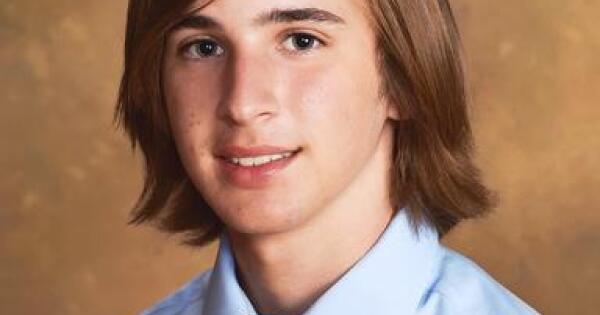 Newtown High School student Benjamin Ochs has created an app to help people with severe anxiety or panic attacks contact someone when it can be hard to do so.

“I wanted to do something meaningful,” said Benjamin in a recent phone interview.

He created “Meni,” a free app for Android device users, after speaking with friends who have experienced moments when they feel overwhelmed and wanted to reach out for help but it was too hard in the moment.

Meni, Benjamin explained in an e-mail, “provides a way for users to easily contact contacts of their choice if they are having severe anxiety or a panic attack. When the user is setting up the app, they are prompted to enter their name and up to ten emergency contacts, and if a contact is a default.”

Benjamin said the app does not communicate the information or data beyond the user’s phone and the contacts do not need to have the app for the app to work. The contacts are saved to the phone’s local storage for the app.

“When the user hits the main button on the primary screen, they are prompted to pick up to three levels,” Benjamin wrote. “These determine what message is sent to the contacts. The first level sends a text requesting to talk at some point today; the second level of urgency notifies the receiver that the app user needs assistance in person, if possible, along with the address of the user (taken from GPS).

“The third, and highest, degree of urgency,” the e-mail reads, “will request for the receiver to provide immediate assistance, also alongside the user’s address.”

After learning about what anxiety and panic attacks can feel like in the moment, Benjamin set about solving the problem of not being able to contact someone in those moments. The app makes it easier by prompting the user.

He started working on the app in December. Creating the app was not part of a school project: Benjamin created it on his own time. Lessons from NHS classes, like learning to use Java, helped him.

Benjamin said he plans to study engineering in college and he has always been interested in technology.

“I wanted it to be easily accessible for anyone to use. I want it to be helpful,” said Benjamin.

When using the app, Benjamin explained once the user presses “send” the app will automatically send messages to the selected contacts.

“The app then brings the user to a new screen that prompts 4-7-8 breathing, a trusted technique for many professionals that treat anxiety, and a button to use the phone’s vibration motor in order to help the user regain awareness to senses,” Benjamin wrote in an e-mail.

Benjamin is working on creating an iOS version of the app, and he hopes to develop brain activities and puzzles for use within the app.

More information about the app is available on its website meniapp.com.

The home screen for “Meni,” created by Benjamin Ochs.