In the real world of clinical practice, patients with anxiety disorders don’t often present with symptom profiles that fit neatly into the diagnoses of the DSM-5. The anxiety disorders of the DSM-5 have very specific criteria, which is necessary for establishing validity and reliability in research investigations, but this often makes diagnostics in clinical practice more difficult. 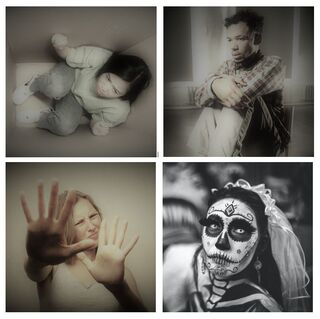 To address the gap between the real-world presentation of anxiety disorders and the diagnoses of the DSM-5, I have created a simple schema, based on my work with patients and my own personal experiences, to foster more accurate and constructive discussions about anxiety: both in clinical practice, as well as among laypersons.

In this post, I describe four different types of anxiety that mirror the four categories of depression I discussed in a previous post: situational, biological, psychological, and existential. While this schema does not represent a formal diagnostic model, I believe it can be helpful, especially for laypersons, to better communicate what they’re experiencing so they can get the help and validation they most need.

Over the past two years, did you feel unsettled each time COVID infections surged? Is your patience in short supply when a large credit card bill comes and you don’t yet have the money to pay it? Have you ever struggled to concentrate on your work because you were waiting for important medical results?

If you’ve ever experienced intense anxiety in response to these or similar events, you’ve experienced what I call situational anxiety.

For most people, it is completely normal to feel anxious, even for extended periods, in response to realistic threats to our survival or life goals. In fact, there aren’t many among us who wouldn’t feel anxious in most of these situations. Evolutionary biologists even extol the benefits of anxiety in life-threatening situations to aid survival (Bateson, Brilot, & Nettle, 2011). However, when our anxiety is disproportionate to an actual threat—especially in the eyes of objective people in our life—or it persists long after the threat is gone, it is a sign that the anxiety is better explained by one of the other types below.

Determining whether someone’s anxiety has a biological cause or a psychological origin is an art, and it can take considerable time in therapy to make this determination. From experience, I begin to suspect a biological cause of a person’s anxiety when I hear them say things like “I’ve always been high strung” or when I notice them being consistently restless, regularly picking their nails or hair, or complaining about a racing heartbeat or high blood pressure.

Biological anxiety can start with an imbalance of the neurotransmitters—like GABA (Nuss, 2015), serotonin (Stein & Stahl, 2000), adrenaline/epinephrine, and noradrenaline/norepinephrine (Goddard et al., 2010)—or hormones, like thyroxine (Fukao, et al., 2000), that modulate our arousal states. In some cases, an imbalance in the neurotransmitters or hormones themselves can lead directly to feelings of anxiety. In other cases, medical conditions like hyperthyroidism and Grave’s Disease (Fukao et al., 2000) can cause a major elevation of arousal that can trigger a vicious cycle of anxiety.

According to a still-influential theory of emotion—the Schachter-Singer theory (1962)—elevations in arousal (including increased heart rate and blood pressure) may trigger a fight-or-flight response by the sympathetic nervous system, which may then lead to the subjective experience of anxiety (OpenStaxCollege, 2014). A vicious cycle might then ensue, with heightened anxiety triggering further elevations of arousal, and so on.

At this point, something is needed to break the cycle, but before making a referral for a psychiatric evaluation, I usually recommend that people try this breathing technique or experiment with one of the popular meditation apps, like Calm. Techniques like diaphragmatic breathing help to break the vicious cycle described above by lowering one’s heart rate and blood pressure, which can slow or stop the flight-or-fight response.

When medication is warranted, I recommend that before jumping to see a psychiatrist, a patient first sees their primary care physician to rule out hyperthyroidism or other medical conditions that can produce elevated arousal.

The third type of anxiety is called psychological anxiety because it is linked to psychological factors: both within our conscious awareness and also our unconscious. Manifestations of psychological anxiety can take myriad forms, like feeling overwhelmed easily when plans change; avoiding friends and social gatherings; fear of having sex; school refusal; unsubstantiated fears of food being contaminated; believing that you have a brain tumor every time you have a headache; and many others.

In contrast to situational anxiety, which involves a rational fear response in proportion to a real-world threat, psychological anxiety often results when one’s fear response is disproportionate to a real or imagined threat. This can happen for any number of reasons, including instances of classical conditioning (e.g., when a neutral stimulus, like a pretzel, gets inadvertently associated with a traumatic event, like choking, leading to a fear of eating pretzels); operant conditioning (e.g., when a particular behavior, like public speaking, gets associated with a negative outcome, like ridicule); or when individuals lapse into using cognitive distortions, like overgeneralizing and catastrophizing.

The examples of psychological anxiety above, which have concrete, easily-identifiable causes, fit neatly into the cognitive-behavioral paradigm of anxiety, and in my experience, anxiety of this type responds best to cognitive-behavioral therapy (CBT). However, sometimes the cause of one’s anxiety is neither concrete nor even conscious. In such situations, and in general where there might be an unconscious, secondary gain from one’s anxiety behavior, I have found psychodynamic therapy to be a better option. An example of this type that I often encounter is an individual who avoids work for reasons unknown to him, but then discovers in treatment that he was unconsciously sabotaging his job because it’s not the career he really wanted, but he was afraid to disappoint his family.

We are all going to die … someday. According to cultural anthropologist Ernest Becker (1973), the ability of humans to acknowledge and anticipate our eventual death is not only unique to our species, it is the driving force behind our entire psychology and culture. In this way, existential anxiety can be thought of as the mother of all other anxieties.

In the years since Becker’s seminal book, The Denial of Death (1973), social psychologists Sheldon Solomon, Jeff Greenberg, and Tom Pyszczynski (2015) codified Becker’s work into a formal theory called terror management theory (TMT). Nearly 50 years of research on TMT has demonstrated that the more conscious we are of our own death, even by someone simply showing us the word “death,” the more likely we are to alter our decisions in myriad, though often conflicting, ways. In some contexts, reminders of death have led judges to mete out harsher punishments; in other cases, it has led to people hardening their cultural beliefs and becoming more tribalistic; and yet in others, it has contributed to people increasing behaviors that boost their self-esteem, like buying a sports car, or protecting themselves with sunscreen (Solomon et al., 2015; Morris et al., 2014).

In clinical practice, when an individual suffers primarily from existential anxiety, it can sometimes masquerade as one of the other forms of anxiety noted above. Obsessive religious rituals and specific phobias, for instance, can be related to past conditioning, but they can also stem from deeper existential anxiety. In other cases, existential anxiety can manifest more plainly, with a refusal to visit a family member who is ill; an avoidance of funerals and cemeteries; or an obsessive focus on a legacy that will outlive them.

Existential anxiety can be the trickiest to address: taking Xanax won’t give those afflicted a respite from the reality that they will someday cease to exist (in their current form). Similarly, while CBT and rational emotive therapy (RET) are very effective at treating most other types of anxiety, I believe that when CBT and RET practitioners try to convince people that their fears of mortality and the great unknowns amount to “irrational beliefs,” they are likely to make them feel invalidated.

In my experience, existential anxiety requires a combination of strategies, integrated over a long period of time, and for this specific type of anxiety, ongoing psychotherapy with a therapist who is insight-oriented (perhaps from a psychodynamic/psychoanalytic orientation) is a good place to start. Therapy should not be pushed at a pace faster than the patient is willing to go, and it may seem that progress is not being made, even after years in therapy. However, this type of therapy will provide patients with the safe space necessary to explore new perspectives in an environment that is validating and free of judgment.

As with existential depression, I believe that for those suffering from existential anxiety, exploration and participation in groups oriented towards big-picture perspectives (e.g., religious/spiritual groups, philosophy circles, book clubs, humanitarian organizations, etc.) can be an important adjunct to therapy, helping patients consider different ways to think about the meaning of life and what comes after.