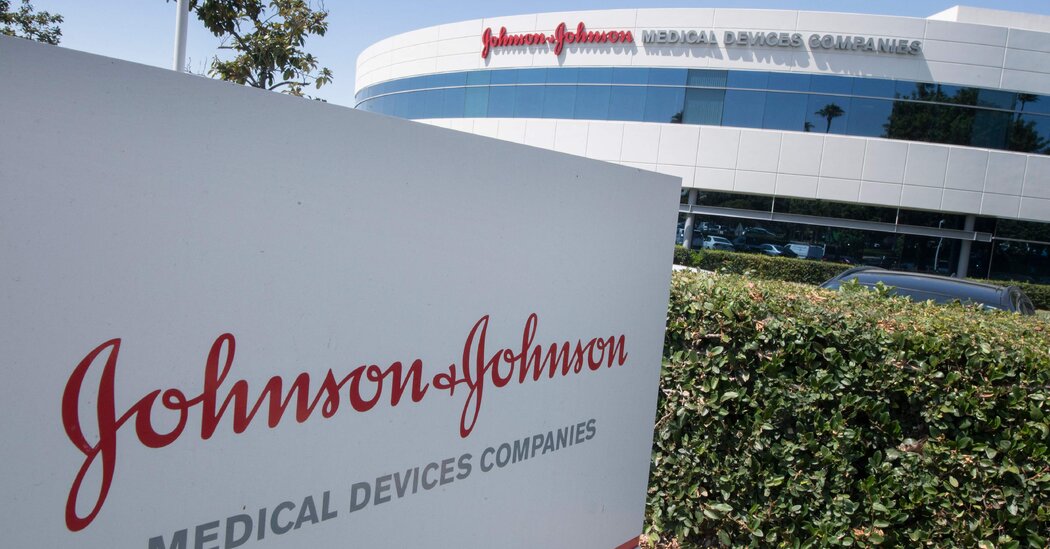 Nearly 15 million more people died during the pandemic than would have in normal times, the World Health Organization said on Thursday, a staggering measure of Covid’s true toll that laid bare how vastly country after country has undercounted victims.

In Mexico, the excess death toll during the first two years of the pandemic was twice as high as the government’s official tally of Covid deaths, the W.H.O. found.

In Egypt, excess deaths were roughly 12 times as great as the official Covid toll.

In Pakistan, the figure was eight times as high.

Those estimates, calculated by a global panel of experts assembled by the W.H.O., represent what many scientists see as the most reliable gauge of the total impact of the pandemic. Faced with large gaps in global death data, the expert team set out to calculate excess mortality: the difference between the number of people who died in 2020 and 2021 and the number who would have been expected to die during that time if the pandemic had not happened.

Their calculations combined national data on reported deaths with new information from localities and household surveys, and with statistical models that aimed to account for deaths that were missed.

Most of the excess deaths were victims of Covid itself, the experts said, but some died because the pandemic made it more difficult to get medical care for ailments such as heart attacks. The previous toll, based solely on death counts reported by countries, was six million.

Much of the loss of life from the pandemic was concentrated in 2021, when more contagious variants tore through even countries that had fended off earlier outbreaks. Overall deaths that year were roughly 18 percent higher — an extra 10 million people — than they would have been without the pandemic, the W.H.O.-assembled experts estimated.

Developing nations bore the brunt of the devastation, with nearly eight million more people than expected dying in lower-middle-income nations during the pandemic.

“It’s absolutely staggering what has happened with this pandemic, including our inability to accurately monitor it,” said Dr. Prabhat Jha, an epidemiologist at St. Michael’s Hospital and the University of Toronto, who was a member of the expert working group that made the calculations. “It shouldn’t happen in the 21st century.”

The figures had been ready since January, but their release was stalled by objections from India, which disputes the methodology for calculating how many of its citizens died.

Nearly a third of the excess deaths globally — 4.7 million — took place in India, according to the W.H.O. estimates. The Indian government’s own figure through the end of 2021 is 481,080 deaths.

But India was far from the only country where deaths were substantially underreported. Where excess deaths far outstripped the number of reported Covid fatalities, experts said the gap could reflect countries’ struggles to collect mortality data or their efforts to intentionally obscure the toll of the pandemic.

In some countries, flaws in government reports were widely known. Russia, for example, had reported roughly 310,000 Covid deaths by the end of 2021, but the W.H.O. experts indicated that the excess death toll was nearly 1.1 million. That mirrored earlier estimates from a Russian national statistics agency that is fairly independent of the government.

Aleksei Raksha, an independent demographer who quit the Russian state statistics service after complaining of the failure to count Covid deaths properly, said that informal orders had been given to local authorities to ensure that in many cases, Covid was not registered as the primary cause of death.

In other nations, W.H.O. experts used what limited data was available to arrive at estimates jarringly at odds with previous counts, though they cautioned that some of those calculations remained highly uncertain. In Indonesia, for example, the experts leaned heavily on monthly death data from Jakarta, the capital, to estimate that the country had experienced over a million more deaths than normal. That figure would be seven times as high as the reported Covid death toll.

Siti Nadia Tarmizi, a spokeswoman for the government’s Covid-19 vaccination program, acknowledged that Indonesia had suffered more deaths than the government had reported. She said the problem stemmed in part from people not reporting relatives’ deaths to avoid complying with government rules for Covid victims’ funerals. But she said that the W.H.O. estimates were far too high.

In Pakistan, Dr. Faisal Sultan, a former health minister, defended the government’s death reports, saying that studies of the number of graveyard burials in major cities did not reveal large numbers of uncounted victims of the pandemic.

For still other countries that suffered grievously during the pandemic, the W.H.O. estimates illuminated even more startling figures hiding inside already devastating death counts. In Peru, for instance, the expert estimate of 290,000 excess deaths by the end of 2021 was only 1.4 times as high as the reported Covid death toll. But the W.H.O. estimate of 437 excess deaths for every 100,000 Peruvians left the country with among the world’s highest per capita tolls.

“When a health care system isn’t prepared to receive patients who are seriously ill with pneumonia, when it can’t provide the oxygen they need to live, or even provide beds for them to lay in so they can have some peace, you get what you’ve gotten,” said Dr. Elmer Huerta, an oncologist and public health specialist who hosts a popular radio show in Peru.

In the United States, the W.H.O. estimated that roughly 930,000 more people than expected had died by the end of 2021, compared with the 820,000 Covid deaths that had been officially recorded over the same period.

In Mexico, the government has itself kept a tally of excess deaths during the pandemic that appears roughly in line with the W.H.O.’s. Those estimates — about double the country’s reported Covid death toll — reflected what analysts there described as difficulties counting the dead.

“We responded badly, we reacted slowly. But I think the most serious of all was to not communicate the urgency, the wanting to minimize, minimize,” said Xavier Tello, a public health analyst based in Mexico City. “Because Mexico wasn’t or isn’t testing for Covid, a lot of people died and we don’t know if they had Covid.”

The W.H.O.’s calculations include people who died directly from Covid, from medical conditions complicated by Covid, or because they had ailments other than Covid but could not get needed treatment because of the pandemic. The excess death estimates also take into account expected deaths that did not occur because of Covid restrictions, such as reductions in traffic accidents or isolation that prevented deaths from the flu and other infectious diseases.

Calculating excess deaths is complex, the W.H.O. experts said. About half of countries globally do not regularly report the number of deaths from all causes. Others supply only partial data. In the W.H.O.’s African region, the experts said that they had data from only six of 47 countries.

Scientists also noted that excess death rates were not necessarily indicative of a country’s pandemic response: Older and younger populations will fare differently in a pandemic, regardless of the response. And the W.H.O. experts said that they did not account for the effects of heat waves or conflicts.

Where death figures were missing, the statisticians had to rely on modeling. In those cases, they made predictions based on country-specific information like containment measures, historical rates of disease, temperature and demographics to assemble national figures and, from there, regional and global estimates.

W.H.O. officials used the release of their calculations to plead for greater investment in death reporting.

“When we underestimate, we may underinvest,” said Dr. Samira Asma, the W.H.O.’s assistant director general for data, analytics and delivery for impact. “And when we undercount, we may miss targeting the interventions where they are needed most.”

W.H.O. officials cited Britain as an example of a country that had accurately recorded Covid deaths: Their analysis found that about 149,000 more people than normal had died during the pandemic, nearly identical to the number of Covid deaths Britain reported.

The disagreement over India’s Covid deaths spilled into public this week when the Indian government on Tuesday abruptly released mortality data from 2020, reporting an 11 percent increase in registered deaths in 2020 compared with average annual deaths registered over the two prior years.

Analysts saw the release as an attempt to force the W.H.O. to reconsider its calculations on the eve of publication. Indian health officials said their figures showed that the country had lost fewer people to Covid than outside estimates suggested.

But scientists believe that most of the country’s excess mortality occurred in 2021, during a grievous wave caused by the Delta variant. And even India’s 2020 figures gave additional credence to the W.H.O. estimates, said Dr. Jha, who has also studied excess deaths in India.

“The Indian government wanted to deflect the news,” he said, “but they’re confirming, at least for 2020, the W.H.O. numbers.”

Other experts said that India’s refusal to cooperate with the W.H.O. analysis was rooted in the country’s history of ignoring how data can inform policymaking.

“It’s natural to miss some of the Covid deaths,” said Dr. Bhramar Mukherjee, a professor of biostatistics at the University of Michigan School of Public Health who has been working with the W.H.O. to review the data. But, she added, “Nobody’s been this resistant.”

The Ministry of Health in New Delhi did not respond to requests for comment. W.H.O. officials said that India’s 2020 death figures were released too late to be incorporated into their calculations but that they would “carefully review” the data.

Nations that report Covid deaths more accurately have also been at the center of disputes over the reliability of excess death estimates. In Germany, for example, the W.H.O. experts estimated that 195,000 more people than normal had died during the pandemic, a significantly higher toll than the 112,000 Covid deaths recorded there.

But Giacomo De Nicola, a statistician at Ludwig Maximilian University of Munich, who has studied excess deaths in Germany, said that the country’s rapidly aging population meant that the W.H.O. analysis might have underestimated the number of people who would have been expected to die in a normal year. That, in turn, could have produced overestimates of excess deaths.

He said that the W.H.O.-assembled experts had accounted for trends in mortality, but not directly for changes in the age structure of the population. While Germany experienced excess deaths, he said, the W.H.O. estimate for the country “seems very high.”

Overall, the W.H.O. calculations were more conservative than separate analyses released earlier by The Economist and the Institute for Health Metrics and Evaluation.

Some experts said that the W.H.O. analysis benefited from relying more heavily than other estimates on actual data, even where it was incomplete, as opposed to statistical modeling.