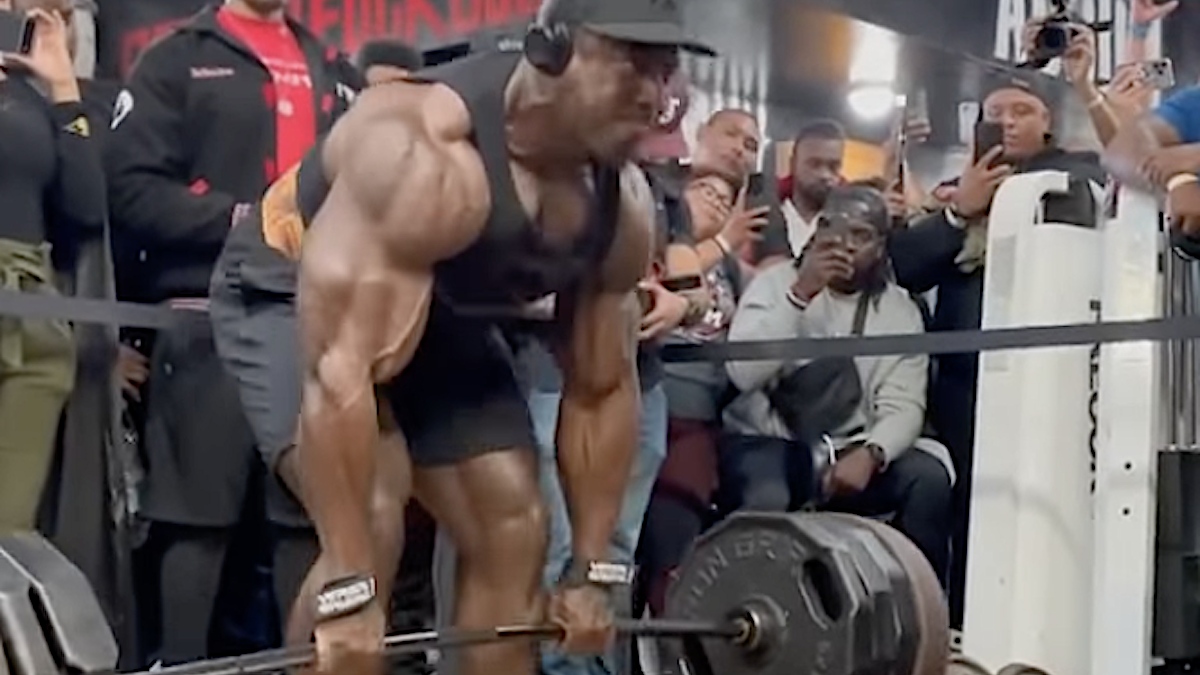 Mackey used a double overhand grip and wore lifting straps and a weightlifting belt. After a couple of aggressive tugs of the bar to get himself psyched up, Mackey stood tall with the barbell locked out without any struggle throughout the rep. It can be seen in the video below, courtesy of Mackey’s Instagram page:

Mackey’s 850-pound pull isn’t the heaviest weight Mackey has successfully hit recently. On April 16, 2022, Mackey pulled 900 pounds in training — his all-time best. While his competition deadlift was 50 pounds lighter, Mackey revealed in the caption of the video that he is lighter as well. He is preparing to compete in a bodybuilding contest later this season, and his body weight has decreased accordingly.

I’m in prep for my next bodybuilding show and I’ve lost 15 pounds since I’ve pulled 900 pounds a month ago.

At the time of this article’s publication, Mackey hasn’t revealed which show he intends to appear in, but his goal is a victory to secure a qualification for the 2022 Mr. Olympia contest, scheduled to take place on the weekend of Dec. 16-18, 2022, in Las Vegas, NV.

Mackey also thanked his coach, Josh Bryant, for helping him prepare for this lift. Mackey is also working with bodybuilding coach Chad Nicholls in preparation for his next pro bodybuilding appearance.

Mackey has been competing in the IFBB Pro League since 2017. His best placing is eighth at the 2020 Tampa Pro, which Hunter Labrada won. Mackey’s lone contest in 2021 was at the Chicago Pro, where he placed 12th. Labrada also won that contest. Mackey has yet to compete on a bodybuilding stage in 2022.

Mackey may not have a pro bodybuilding contest win yet, but he’s clearly feeling good about his deadlifting prowess — his Instagram bio reads “[world’s] strongest deadlifter in ifbb.” We’ll see if he can translate the heavy weights on the barbell to high marks on the judge’s scorecards.