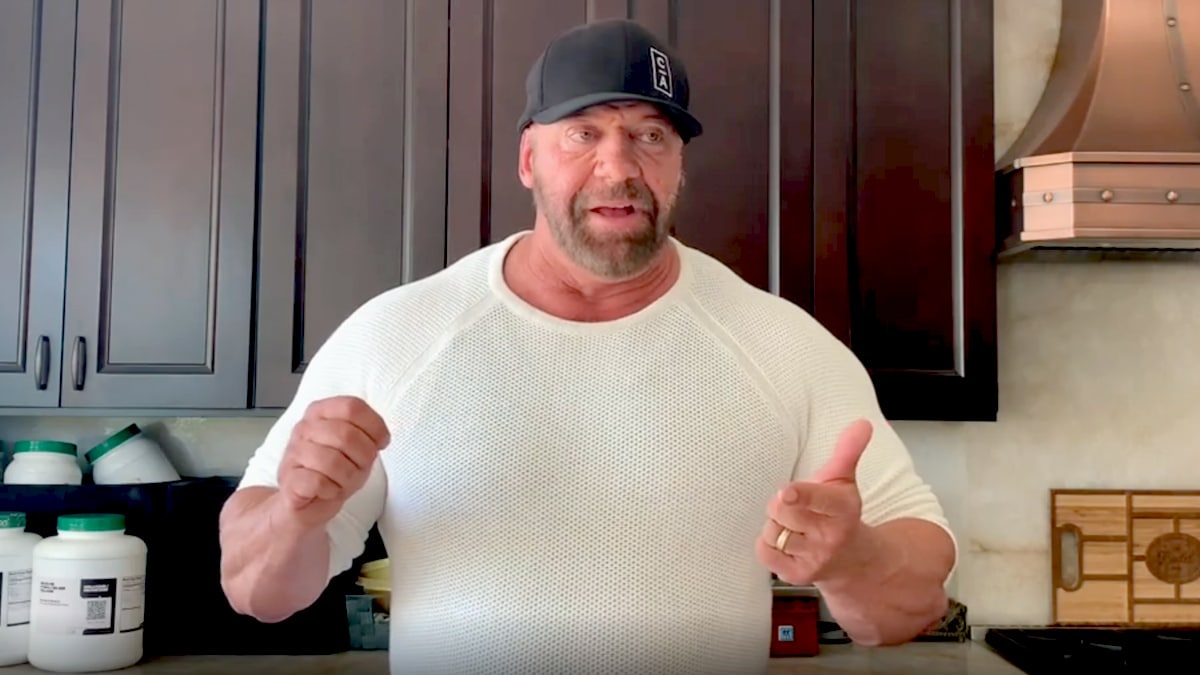 One of the most contentious issues in bodybuilding right now is the use/abuse of steroids, which has prompted Dante Trudel to address the growing concern. In a recent video made on Instagram, Trudel reflects on bodybuilders dying young, in large part due to taking excessive amounts of steroids.

Dante Trudel is a bodybuilding mainstay from the 1990s. He was widely recognized for his balanced proportions and non-stop work ethic anytime he trained at the gym. During his bodybuilding tenure, Trudel trained with some high-caliber athletes like Nasser El Sonbaty. Though, he eventually decided to take a step away from the sport and focus on other ventures in his life like family and becoming an entrepreneur.

Despite no longer competing professionally, Trudel is an outspoken athlete who doesn’t shy away from discussing controversial issues affecting the sport. Last year saw an alarming number of bodybuilders die. Former Mr. Olympia Shawn Rhoden died from heart complications, and George Peterson also met his fate in a hotel room before he could compete at 2021 Mr. Olympia. Unfortunately, this concerning trend bled into 2022 as the late Cedric McMillan passed away at 46 in April.

Dante Trudel on his Training Partners from the 90s: “What’s common? They’re all dead”

During a recent Instagram video, Trudel gravely explains that his training partners from the 90s have all died.

“So those six guys. What’s common? They’re all dead. Every single one of them. Curtis died at 36. Anthony D’Arezzo died at 44.  Mike Matarazzo had a heart attack at 39, died at 48. Tom Prince went into kidney failure at 35, and died a few months ago of health issues. Phil Hernon went into kidney failure early on, died of health issues. Nasser El Sonbaty died at 47. There’s no one dying in natural bodybuilding.” Dante Trudel said.

The retired Pro says that athletes in the 90s were taking a third of the steroids that bodybuilders push today.

“There are a lot of Pro bodybuilders and Pro wrestlers dying young. People can make all the excuses they want, but what’s the common occurrence? You guys can figure it out. I was around the 90s. I saw the doses used by people. They are roughly one-third of the does that are being used today.”

Trudel insists the sport offers diminishing returns. While appeasing one’s own vanity may interest some, he doesn’t think a trophy with sentimental value is enough to warrant bodybuilders risking their lives year-round by pushing excessive amounts of food and gear.

“Is this stuff really worth it, for the vanity? For a $15 trophy, you’re going to give up years of your life, for a $15 trophy? I don’t understand it.”

“The sad truth of the matter is that there is going to be a boatload of people watching this video right now who are going to die young. Because they’re going to get done watching this video and forget about it because it doesn’t fit their agenda. Some of you are going to walk up to your mailbox at 45 years old and drop dead in front of your three-year-old son right when he needs you the most. For what, for a trophy, for vanity, is that worth it? My opinion is that some of you should really sit back and think about the benefit versus the risk ratio.”

Trudel believes there are more lucrative opportunities available for bodybuilders than ever before. He added that only the top eight bodybuilders in the world make an adequate living from the sport alone. Given the amount of money fitness influencers and athletes can earn online with resources like YouTube, Trudel believes bodybuilding’s risk-reward factor is simply too high.

“Only the top eight guys in the world are making money. If you look at the top guys who are successful right now in bodybuilding financially, most of them quickly wised up and ventured out to YouTube and related businesses where the money is at.”

Plenty of prominent names in the sport are beginning to speak out against the dangers of steroids in bodybuilding. Retired IFBB Pro Seth Feroce has dedicated a lot of time to warning athletes on the rise of how dangerous the bodybuilding lifestyle has become. Other notable physique athletes like Kali Muscle have participated in the discussion, urging athletes to stop abusing steroids or risk death.

RELATED: Seth Feroce on ‘Raw and Uncensored’ Truth About the ‘Use and Abuse’ of Steroids