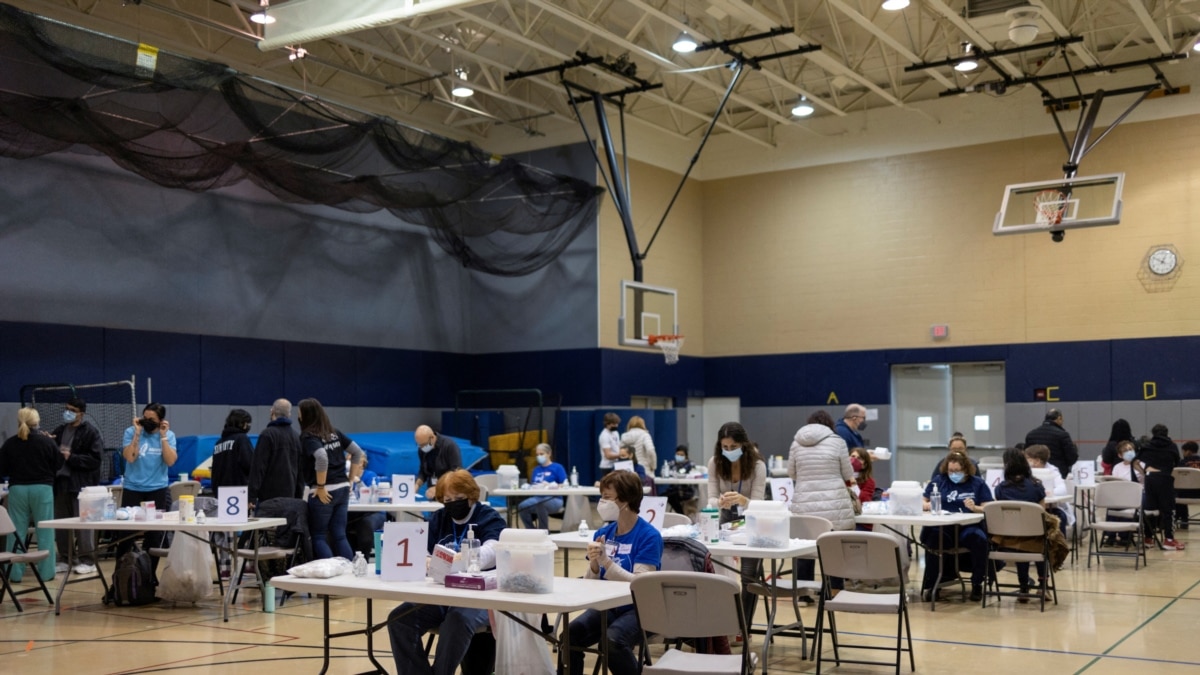 The fast-changing coronavirus has kicked off summer in the U.S. with lots of infections but relatively few deaths compared to its prior incarnations.

COVID-19 is still killing hundreds of Americans each day, but is not nearly as dangerous as it was last fall and winter.

“It’s going to be a good summer and we deserve this break,” said Ali Mokdad, a professor of health metrics sciences at the University of Washington in Seattle.

With more Americans shielded from severe illness through vaccination and infection, COVID-19 has transformed — for now at least — into an unpleasant, inconvenient nuisance for many.

“It feels cautiously good right now,” said Dr. Dan Kaul, an infectious diseases specialist at the University of Michigan Medical Center in Ann Arbor. “For the first time that I can remember, pretty much since it started, we don’t have any (COVID-19) patients in the ICU.”

As the nation marks July Fourth, the average number of daily deaths from COVID-19 in the United States is hovering around 360. Last year, during a similar summer lull, it was around 228 in early July. That remains the lowest threshold in U.S. daily deaths since March 2020, when the virus first began its U.S. spread.

But there were far fewer reported cases at this time last year — fewer than 20,000 a day. Now, it’s about 109,000 — and likely an undercount as home tests aren’t routinely reported.

Today, in the third year of the pandemic, it’s easy to feel confused by the mixed picture: Repeat infections are increasingly likely, and a sizeable share of those infected will face the lingering symptoms of long COVID-19.

Yet, the stark danger of death has diminished for many people.

“And that’s because we’re now at a point that everyone’s immune system has seen either the virus or the vaccine two or three times by now,” said Dr. David Dowdy, an infectious disease epidemiologist at Johns Hopkins Bloomberg School of Public Health. “Over time, the body learns not to overreact when it sees this virus.”

“What we’re seeing is that people are getting less and less ill on average,” Dowdy said.

As many as 8 out of 10 people in the U.S. have been infected at least once, according to one influential model.

The death rate for COVID-19 has been a moving target, but recently has fallen to within the range of an average flu season, according to data analyzed by Arizona State University health industry researcher Mara Aspinall.

At first, some people said coronavirus was no more deadly than the flu, “and for a long period of time, that wasn’t true,” Aspinall said. Back then, people had no immunity. Treatments were experimental. Vaccines didn’t exist.

Now, Aspinall said, the built-up immunity has driven down the death rate to solidly in the range of a typical flu season. Over the past decade, the death rate for flu was about 5% to 13% of those hospitalized.

Big differences separate flu from COVID-19: The behavior of the coronavirus continues to surprise health experts and it’s still unclear whether it will settle into a flu-like seasonal pattern.

Last summer — when vaccinations first became widely available in the U.S. — was followed by the delta surge and then the arrival of omicron, which killed 2,600 Americans a day at its peak last February.

Experts agree a new variant might arise capable of escaping the population’s built-up immunity. And the fast-spreading omicron subtypes BA.4 and BA.5 might also contribute to a change in the death numbers.

“We thought we understood it until these new subvariants emerged,” said Dr. Peter Hotez, an infectious disease specialist at the Baylor College of Medicine in Texas.

It would be wise, he said, to assume that a new variant will come along and hit the nation later this summer.

“And then another late fall-winter wave,” Hotez said.

In the next weeks, deaths could edge up in many states, but the U.S. as a whole is likely to see deaths decline slightly, said Nicholas Reich, who aggregates coronavirus projections for the COVID-19 Forecast Hub in collaboration with the Centers for Disease Control and Prevention.

“We’ve seen COVID hospitalizations increase to around 5,000 new admissions each day from just over 1,000 in early April. But deaths due to COVID have only increased slightly over the same time period,” said Reich, a professor of biostatistics at the University of Massachusetts Amherst.

Unvaccinated people have a six times higher risk of dying from COVID-19 compared with people with at least a primary series of shots, the CDC estimated based on available data from April.

This summer, consider your own vulnerability and that of those around you, especially in large gatherings since the virus is spreading so rapidly, Dowdy said.

“There are still people who are very much at risk,” he said.