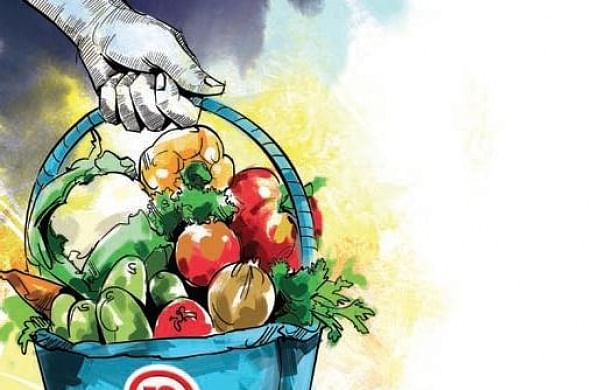 VILLUPURAM: Around 50 farmers from northern districts participated in a two-day exhibition on organic paddy seeds, and traditional food festival held in Villupuram on Saturday and Sunday. The fourth year of this exhibition saw ryots imparting their wisdom on organic farming, battling climate change to young farmers.

The exhibition displayed 460 varieties of traditional seeds of paddy, pulses and medicinal herbs. Moreover, about 39 varieties of organic seeds of vegetables were up for sale, including organic seeds of tomatoes, ladies finger and drumstick. Apart from seeds, natural fodder for cattle with enhanced levels of protein and nutrients were also sold.

“Over 10 years, I have collected all 460 varieties of paddy from farmers across eight States at such seed festivals,” says Kavidhai Ganesan, a former food officer from Cuddalore. Ganesan had 108 seeds of medicinal herbs. “The exhibition targeted students and the younger generation,” he said.

Ganesan’s sample had the scientific name of the species and the common name. A note on the medicinal property of the species was also placed. He said that during his service as a Food Officer, he had presented the trainees with 50 varieties of seeds. Over the last decade, Ganesan mastered the collection of seeds.

“Around 1,500 people visited the exhibition. On Sunday, 500 people enjoyed traditional food that we served for `50 a plate. We hope that the food festival will help us deliver the idea of healthy farming and eating to people, in a way they will understand” said Pandiyan, one of the organisers.

Apart from the seeds, natural organic fodder for cattle made an appearance in the event. Unlike natural fodder fed to cattle, this naturally processed food has protein, said Kumar, a representative of RGS Kamadhenu cattle food company. “Natural food like paddy hay, legumes and straw are fed separately to the cattle which has relatively low protein content compared to naturally processed protein pellets. We produce the pellets by collecting raw ingredients, boiling them and piping out small pellets. The protein in pellets for cows is 16% more than the raw feed. Because the food is boiled before processing, it disinfects the feed making cattle less susceptible to common diseases.”

K Govindharajan, a farmer who visited the exhibition said, “These kinds of exhibitions and festivals are conducted mostly in Chennai and other cities. But it is positive that small towns with the majority of the agricultural population also get to witness festivals on organic farming.” He added that he bought organic seeds of tomatoes, brinjal, bitter gourd, drumstick and some greens.