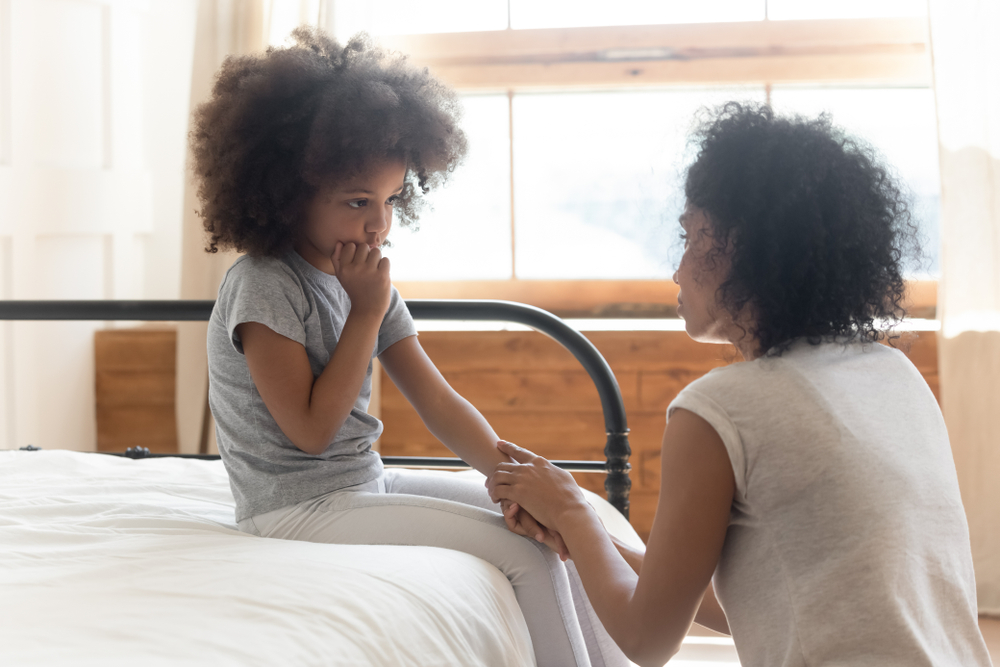 If you’ve felt yourself worrying more in the past few years, you’re definitely not alone. In the first year of the COVID-19 pandemic, the global prevalence of depression and anxiety surged by an astounding 25 percent, according to a 2022 report by the World Health Organization. Children, unfortunately, are not immune to this worrying trend, either: More than five million 3-to-17-year-olds in the U.S. are currently diagnosed with anxiety, the most common mental health issue.

In response to this, the United States Preventative Task Force has issued a draft of guidelines recommending that kids as young as eight years old should be screened for anxiety. Not all experts agree, however, that this is necessarily the best course of action.

Judith Anderson, a health psychologist at the University of Toronto in Canada, says there’s a big difference between feeling on edge every so often and clinical anxiety. While the former is simply part of life, people with anxiety disorders often struggle with intense, disruptive worries about everyday scenarios for prolonged periods of time.

“We must remember that it is normal to experience unease. As humans, we have periods of time where things are not great and we may feel anxiety and low mood, but this is normal and dissipates within a few weeks,” says Anderson. “The self-care culture and consumerism give the message that if we experience any ounce of anxiety or low mood, suddenly, we need serious intervention.”

None of this is to say that young people aren’t experiencing higher rates of mental health issues brought on by the loneliness of lockdowns, she says. “Social isolation, fear of the unknown, pandemic, negative media, societal instability and doom scrolling have all contributed it,” she says.

Just as with adults, anxiety in children can take many forms. It can manifest as fear when they’re separated from their parents, and certain phobias are also commonplace. Anxiety could also take the form of an intense panic attack, or coalesce into a generalized worry of bad things that might happen. According to the Centers for Disease Control and Prevention, nearly 10 percent of children between 3 and 17 years of age — around 5.8 million — had diagnosed, clinical anxiety from 2016 to 2019.

But screening every child in the nation for anxiety might not be the best use of resources. “If we look to the research on general health scans, they aren’t recommended. In past years, companies were offering full body health scans to individuals to see if there was anything lurking in their body,” says Anderson. “Little things do show up on these scans and then the doctors are left with the responsibility to do something about it.” That can mean intrusive testing or surgery for things that would usually clear up on their own after a while.

A 2019 paper published in the Journal of the American Medical Association looked into the financial cost of such overtreatment in the United States, concluding that the figure lies somewhere between $75.7 billion and $101.2 billion. (That’s roughly the equivalent of the entire gross domestic product of New Mexico.) Anderson fears that such a broad strokes strategy to mental health could yield similar waste.

“More harm came from these health scans than good. People ended up with complications from the treatment or invasive procedures to remove something that would never have caused them harm if they left it alone,” says Anderson. “I believe the same type of issues could be raised by screening every child for anxiety from such a young age.”

Instead, Anderson advises parents to communicate closely with their kids and try to get them involved in social activities once again now that pandemic restrictions are lifted. It’s also important to monitor their social media to make sure they aren’t consuming unhealthy content too much — research has shown that doomscrolling is especially harmful to teens.

“If the child continues to worry excessively, or show other types of concerning symptoms then of course, seek therapeutic assistance,” she says, adding that most children will bounce back without any problems as they’re integrated into normal activities again. “But constant or routine screening may bring up issues that keep the child focused on negative emotion and unease.”