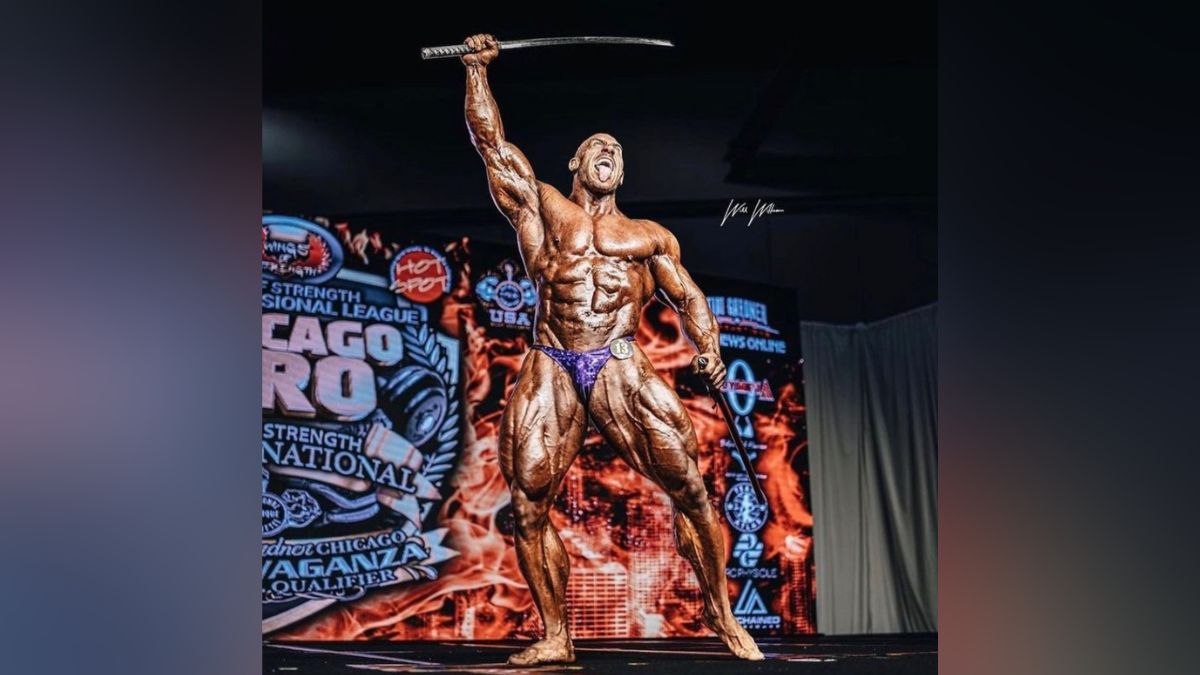 The 2022 Chicago Pro — an iconic bodybuilding show, born in the Windy City in 1988 — took place over the weekend of July 22-23. Ten IFBB Pro League competed, with each winner earning a spot at the 2022 Olympia.

This was the best version of Vaillant that fans and judges have seen so far in his career. He was ripped from front to back, and exuded confidence in every pose. The Canadian was so dominant that when the top five were being compared, the judges sent him back in line — meaning they knew who they were placed in first.

Burton had been a 212 competitor early in his young career, but he also opted to jump into Open shows this year. This was his best finish as a Men’s Open competitor. Even though Vaillant was the clear winner, the judges had Burton as the solid second-place finisher in both rounds of judging. That means he could beat 30 or even 40 pounds heavier competitors. If he chooses to jump into another Open show, the other athletes know he’s a true contender.

Muzi had the size to compare to Vaillant, but he may have been holding water; the detail in Vaillant’s physique was too much to overcome. He also didn’t appear as defined as Burton. Still, he gained five points on the Olympia Qualification System, placing him tied for second with Justin Rodriguez (with 26 points each). The top three finishers will also move on to the Olympia at the end of the season.

The only division that wasn’t represented at this contest was the Wheelchair group. The top 10 for all the other divisions are below, and all winners are invited to compete at the Olympia on the weekend of Dec. 16-18, 2022, in Las Vegas, NV.

Featured Image: @antoinev87 on Instagram |Photo by Will Wittmann (@w_wittmannphoto