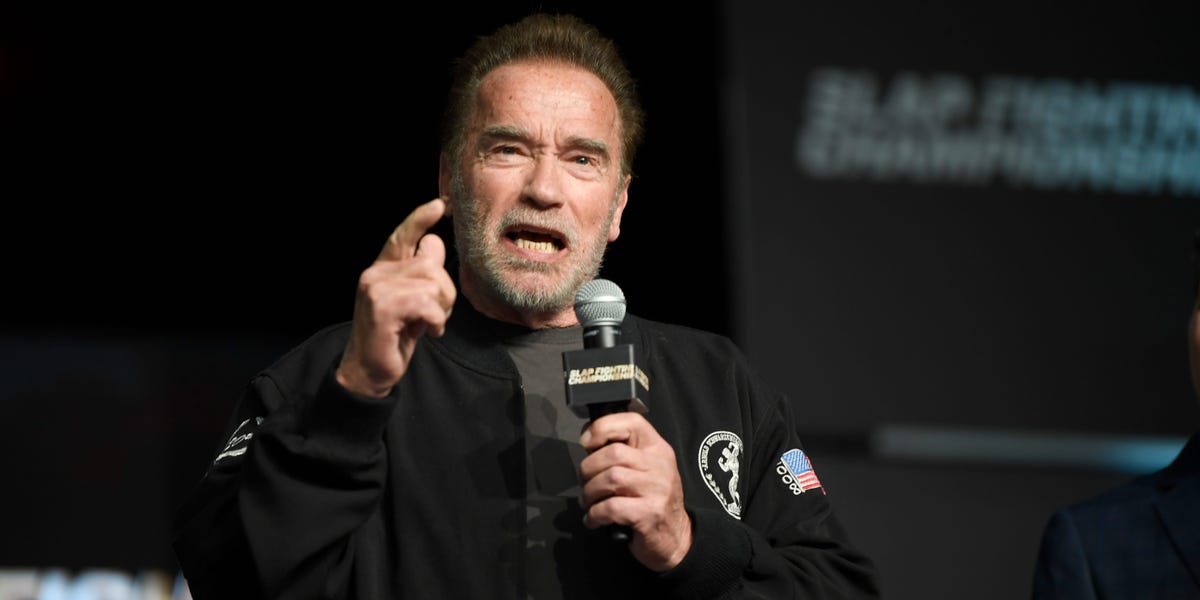 Some elite bodybuilders have taken the sport too far and are so obsessed with their size it is killing them, Arnold Schwarzenegger told Insider.

Lifting weights is positive for the vast majority of people but some competitors take it to the extreme and are only interested in “size, size, size,” the bodybuilding legend said.

An obsession with bulking up and building muscle is known as muscle dysmorphia — or “bigorexia” — and is estimated to affect 10% of men, as Insider’s Bethany Dawson reported.

“They have taken it, in my opinion, too far. It has gotten too competitive,” he said in an interview via Zoom, adding: “They’re gonna take more and more stuff that they’re not supposed to, and sometimes it kills people.”

‘The most dangerous sport in the world’

A string of deaths in the bodybuilding community in recent years led Schwarzenegger to describe the sport as “the most dangerous” in the world last year, as Insider’s Gabby Landsverk reported.

“The more extreme it gets and the more competitive the top athletes get, the more they are lifting weights that the body was not meant for,” Schwarzenegger told Insider.

The use of performance enhancing drugs and steroids is common in elite bodybuilding, but these can lead to various long-term health risks such as testicular atrophy, infertility, and heart attacks, according to research.

“Sometimes they are taking drugs that are damaging for their health and are making them so strong that the tendons and bones were not meant for that weight, so then it gets into a really dangerous situation,” Schwarzenegger said.

A 2014 paper by Harvard University showed steroid use rose since 1980s and was likely to increase over future decades. Dr. Harrison Pope, a leading researcher in the field of steroid abuse, previously told Insider the use of these drugs is linked to “bigorexia.”

Many sports are dangerous at the elite level, Schwarzenegger said

Schwarzenegger says bodybuilding is no more dangerous than lots of other sports when it comes to the “extreme, elite” level. He likens it to skiing.

“When you take skiing, there’s the people that ski on their slopes in the powder, in the moguls, and have a great time. So these are the recreational skiers, it’s a lot of fun for those guys to go skiing,” he said. “But competitive skiing, racing, has gotten more dangerous and has sometimes been fatal, and it’s the same with bodybuilding.”

In 2017, for instance, French skier David Poisson died while training.

The benefits of bodybuilding have been ‘tremendous worldwide,’ Schwarzenegger said

“The benefits of bodybuilding have been tremendous worldwide,” he said.

Schwarzenegger believes bodybuilding has been “one of the hugest benefits of human development and physical development in the last 50 years.”

He cites the vast number of gyms that have opened over his lifetime.

“There’s a gym in every hotel, every YMCA, every sports club, every university, every college, every high school, every police station, every fire station, every military base, I mean, everywhere,” he said. “It has changed so much.”