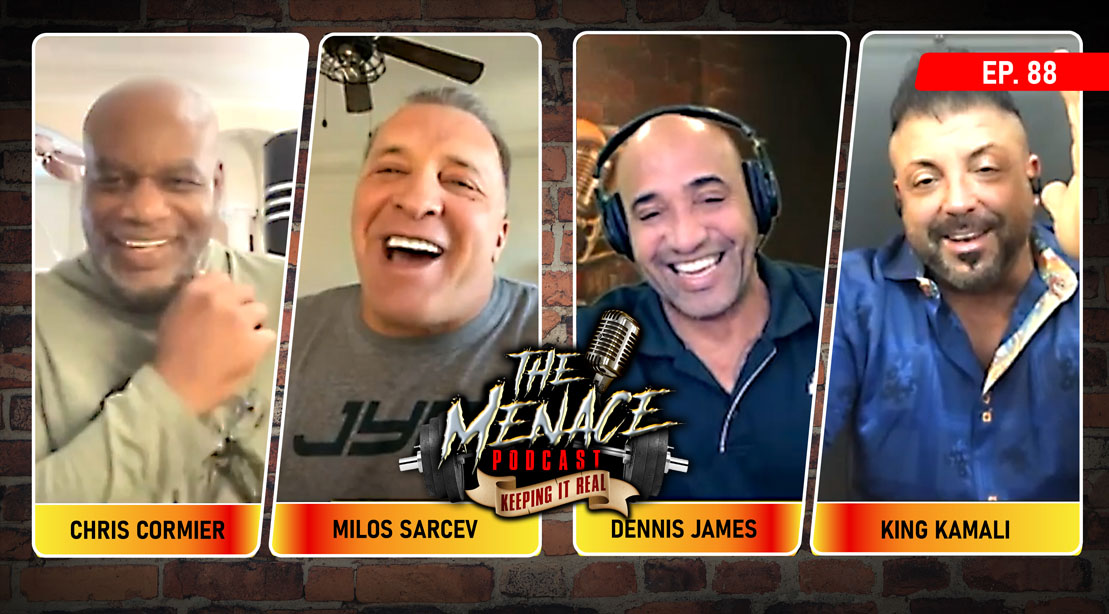 Dennis James hosted a bodybuilding roundtable on his latest episode of “The Menace Podcast.” The guests included renowned competitor coach Milos Sarcev, bodybuilding legend Chris Cormier, and a new panelist, King Kamali. Kamali was a controversial figure during his onstage career, and he isn’t shy about sharing his opinions and advice, either. One form of advice that the 1999 NPC Nationals Champion wanted to pass along to athletes now was words of wisdom he received from a former Mr. Olympia.

“Lee Haney told me something that stuck in my head. I was backstage when I won Nationals, and he said ‘kid, don’t worry about where you place. Just win the crowd.’” he said. “Just have fun up there, win the crowd, and you’ll be fine. That’s exactly what I did.”

One popular topic of discussion in recent weeks had been about the Athlete’s Rep position, currently occupied by Bob Cicherillo. The panel discussed the back and forth between Cicherillo and Fouad Abiad as well as what the athletes themselves should be doing regarding the position. Kamali isn’t actively competing now, but he knew exactly who to go to when he needed help as an athlete, and it wasn’t Bob Chick.

“My athlete rep for many, many years was [Steve] Weinberger,” said Kamali. “If I needed something he would be like ‘come down here. Let me talk to you.’”

The panel discussed several different topics, including which continent has the best bodybuilders, Kamali’s training style and schedule, Derek Lunsford’s possible entry into the men’s open division, and a lot more. Subscribe to the Muscle & Fitness YouTube channel so you can see all episodes of TMP when they drop every Sunday at 3:00 PM Eastern time. Don’t forget to follow @themenacepodcast on Instagram as well.