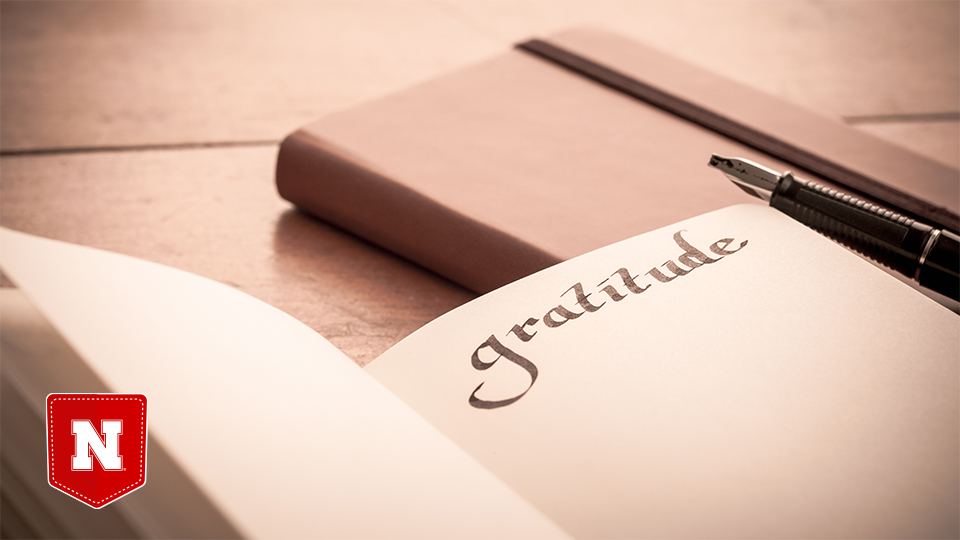 Welcome to Pocket Science: a glimpse at recent research from Husker scientists and engineers. For those who want to quickly learn the “What,” “So what” and “Now what” of Husker research.

In March 2020, as the global scope of COVID-19 snapped into focus, unease began clouding the mental health of many who were coming to terms with the isolation, sickness and death to follow. A mid-2020 analysis concluded that anxiety and depression, which afflicted an estimated 3 to 4% of the worldwide population prior to COVID-19, gripped roughly one-third of people in the months after the official declaration of the pandemic.

Though many studies have documented the mental toll exacted by COVID-19, fewer have examined the psychological factors that buffered against symptoms of anxiety and depression over time. And none of them had looked specifically at a strength that has historically proven its worth in times of misfortune: gratitude. In the context of mental health, gratitude is generally considered a disposition — a tendency to seek, recognize and express thanks for the positives in one’s life, even or especially amid adversity. That positions it as a counterpoint, and potential corrective, to the negative thought patterns that often characterize anxiety and depression.

In the two months preceding the first COVID-related restrictions on public gatherings, Nebraska’s Shaina Kumar and colleagues administered a gratitude-focused questionnaire to 201 undergraduate students. The questionnaire consisted of six statements about gratitude — “I am grateful to a wide variety of people,” for instance — with responses on a 1-to-7 scale, from “strongly disagree” to “strongly agree.” Those students also completed a mental health survey that included six statements about anxiety and five about depression, each on a 0-to-4 scale, from “not at all” to “extremely.”

In April 2020, following the formal onset of the pandemic, 73 of the original 201 undergrads again completed the survey on mental health. Students who scored higher on the gratitude questionnaire were substantially less likely to have experienced increases in anxiety. Those in the lowest-gratitude group, by contrast, reported becoming more anxious.

Gratitude also appeared to help stave off depression: Students scoring high on the gratitude questionnaire suffered no notable rise in depressive symptoms. Students with the least gratitude, meanwhile, reported a 6-point jump in their total depression scores, from about 9 to 15 out of 20.

Of the 73 students, 57 said their lives had improved in certain ways since the onset of the pandemic. Opportunities to connect with loved ones and upticks in free time were cited most often.

Though the team emphasized a need to replicate the study with larger, more diverse samples over longer timespans, the findings suggest that fostering gratitude — through journaling or other means — could become a staple of mental health services on university campuses.

The team recommended that those wanting to focus more on the good in daily life check out the Three Good Things activity, one of the many free gratitude-related resources available.