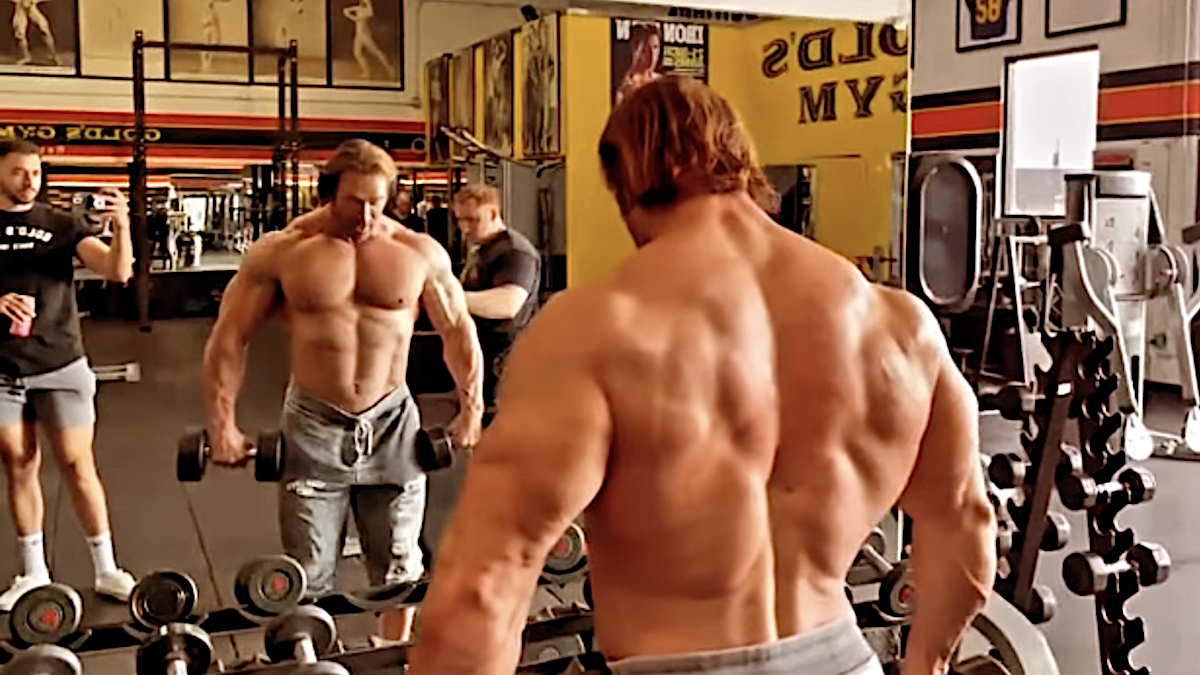 Check out the conversation Davis has with O’Hearn, where they discuss forced reps at Gold’s Gym in Venice Beach, CA,

Davis is a bodybuilder who O’Hearn idolized during his childhood. Davis trained with some of the sport’s all-time greats, including three-time Mr. Olympia Frank Zane.

O’Hearn inquired about how much volume in the gym is optimal. He furthered an ongoing theme of the show: longevity. Davis suggested that he performed too many reps during his prime, costing him muscle density.

Nowadays, Davis believes in intensity rather than an immense amount of volume. He found that posing with ballet training helped him stay in shape and not reveal how tiring posing is amidst a show.

[Related: Hunter Labrada on Cardio During Prep: How You Expend Calories Does Not Matter]

Davis admits that during his prime, there was still a lot of information he wasn’t privy to. For example, he didn’t know about powerlifting or the most effective squat techniques.

I didn’t know you weren’t  suppose to lean forward. I never knew that.

O’Hearn has previously wavered on how much genetics impact someone’s physique. Davis credits his parents as he feels he had genetics conducive to success in the sport.

Davis’ strategy for peak week was to be in stage shape a week before the show so he wouldn’t have to carb-load.

I want to be ready ahead of time.

Davis and O’Hearn both believe in progressive overload and waxed poetic about the Greek myth Milo of Croton, which tells the story of Milo, who carried a calf from its birth. As Milo grew older, the calf grew larger until Milo carried a full-sized ox on his shoulders through the stadium at Olympia.

Milo increasing weight (through the size of the ox) as he got stronger is an example of progressive overload. It is similar to what Stan Efferding said to O’Hearn in a previous episode:

O’Hearn closed the episode with a word of caution about having so much access to conflicting information about training on the internet. He believes that athletes like Davis, who had little information during their careers, managed to find success without it.

Although Davis learned better ways to train in his later years that he feels would have helped him in his prime, he still expressed the negative influence he thinks cell phones and social media have on athletes in the gym.