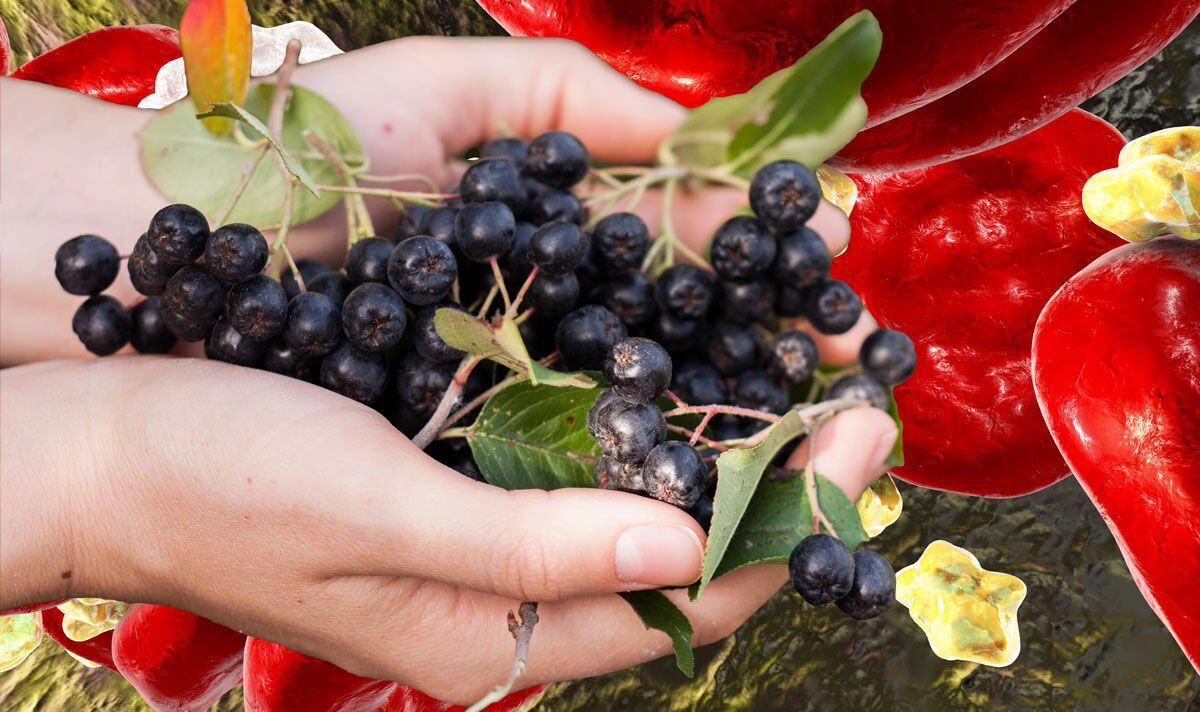 High cholesterol is diagnosed when there’s a large number of fatty molecules circulating in the blood. This is risky because fat gradually collects on the inner lining of the arteries, restricting blood flow over time. Fortunately, one study has shown that the consumption of chokeberries may reduce levels in weeks, allowing full recovery from the condition.

Due to its pungent taste, chokeberry is more commonly used by food industries in the production of juices, preserves, extracts and supplements.

In traditional medicine, berries were widely administered for the treatment of colds, coughs and fever.

It transpires, however, that chokeberry may have far wider-reaching implications for human health than previously thought.

In recent studies, scientists have explored the role of chokeberry in combating chronic illnesses like diabetes and high cholesterol.

A report in Science Direct states: “Black chokeberries have considerable amounts of polyphenols and anthocyanin, making them pharmacologically beneficial.

“The pharmacological effects of black chokeberries have been employed for treatments of numerous human diseases, such as the treatment of cardiovascular diseases, hyperlipidemia, hypercholesterolemia, hypertension and diabetes.”

A study published in the Journal of Future Foods, in 2021, explored these beneficial effects in the biological systems of both animals and humans.

When patients with abnormal lipid levels ingested black chokeberry juice enriched with anthocyanin and niacin, the results were promising.

These effects were particularly pronounced in patients suffering from hypercholesterolemia who were treated with a daily intake of chokeberry juice for six weeks.

There are several potential mechanisms underpinning these effects.

READ MORE: High cholesterol: Hear that? The subtle sign to listen out for

First and foremost, the fruit’s internal cell structure is a rich source of dietary fibre, 18.7 percent of which are soluble substances.

Soluble fibre is an important weapon against high cholesterol because it sticks to fatty molecules inside the digestive tract and drags them out of the body.

One type of soluble fibre that is particularly helpful in lowering cholesterol is pectin, which lowers LDL levels by 10 percent.

Aronia berries just happen to contain high amounts of pectin, according to the Minnesota Institute for Sustainable Agriculture.

Another way soluble fibre lowers LDL cholesterol is by stopping the liver from producing the compound.

This, in turn, may inhibit the oxidation of LDL particles and limit the inflammatory processes that underlie atherosclerosis.

Although supplementation with arena supplements may be a safe and effective way to lower cholesterol, you should always consult a health practitioner before adding new supplements to your diet.