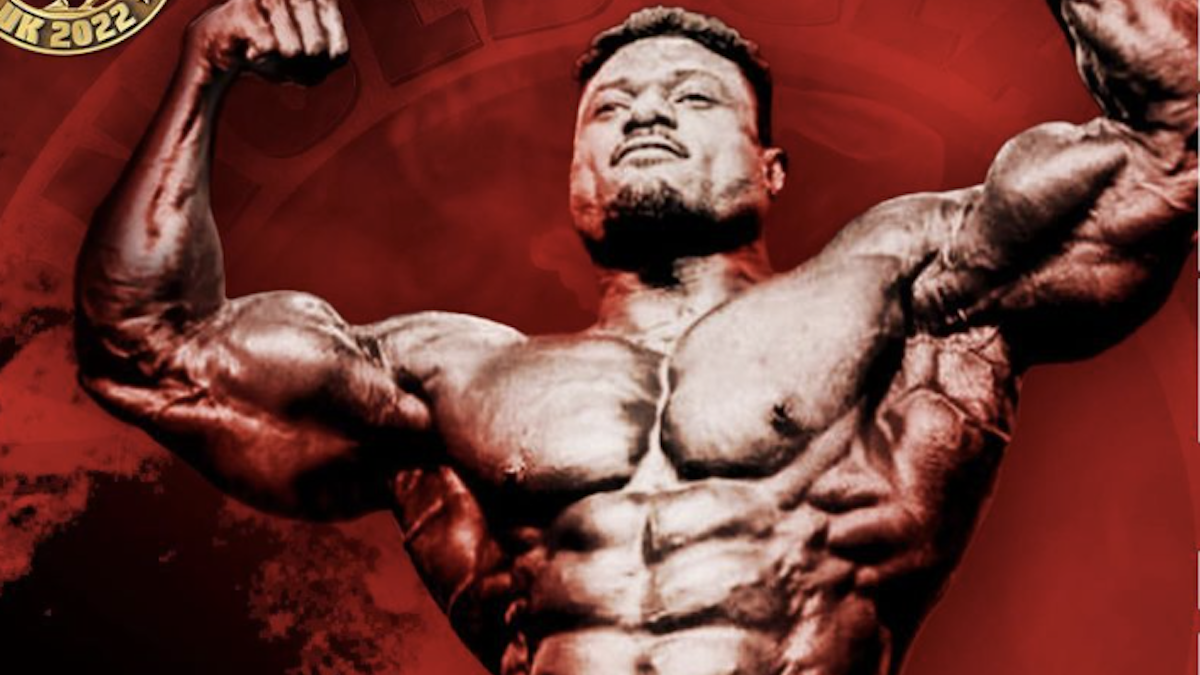 Birmingham, England will play host for the 2022 Arnold Classic UK bodybuilding show as a part of the Arnold Sports Festival UK weekend on Sept. 23-25, 2022. The IFBB Pro League portion of the weekend is being promoted by 2 Bros Pros, and it will include nine divisions. Among those will be the Men’s Open, and the lineup for that division is below in alphabetical order.

Check out a breakdown of potential podium finishers below, as well as rosters for the other divisions competing at this show.

[Related: How Derek Lunsford Is Training Legs for the 2022 Men’s Open Olympia]

The anticipated matchup for this show is 2022 Texas Pro winner Andrew Jacked and 2020 British Grand Prix winner James Hollingshead. Hollingshead is a home country favorite, but he has yet to qualify for the 2022 Olympia, and qualification will be offered to the winner of this contest. Hollingshead finished 13th in the 2021 Olympia.

Jacked is qualified already, but he wants to join Nathan De Asha on the list of Arnold Classic UK winners. This will be a new challenge for Jacked because it will be an opportunity to stand next to a 2021 Olympia competitor as well as one of the European mass monsters.

The X-factor for this show could be Marc Hector, who has had a growing fanbase on social media because of his massive upper body. He will be making his first appearance since finishing third to Hollingshead at the 2020 British Grand Prix show. Hollingshead had the better lower body, but Hector has claimed to have made serious improvements throughout his entire physique.

Someone else to watch is Jamie Christian-Johal, who finished fourth at the 2022 Yamamoto Nutrition Pro earlier in September. His target was this to win in the UK from the start, and coach Milos Sarcev has been working to bring him in as lean as possible without making his muscles look flat. The 6’5” bodybuilder is expected to weigh over 290 pounds.

The winners of all divisions will move on to the Olympia, while the second through fifth place finishers will earn Tier 2 points in the Olympia Qualification System. Those points will be distributed as shown below.

Like the Arnold Classic USA, this competition was invite-only, and competitors had to apply. There are two former Olympia champions in this show. 2008 Olympia 202 winner David Henry and three-time Bikini Olympia champ Ashley Kaltwasser will grace the stage in this show.

The final rosters for the remaining divisions are listed below as they are on the IFBB Pro League website.