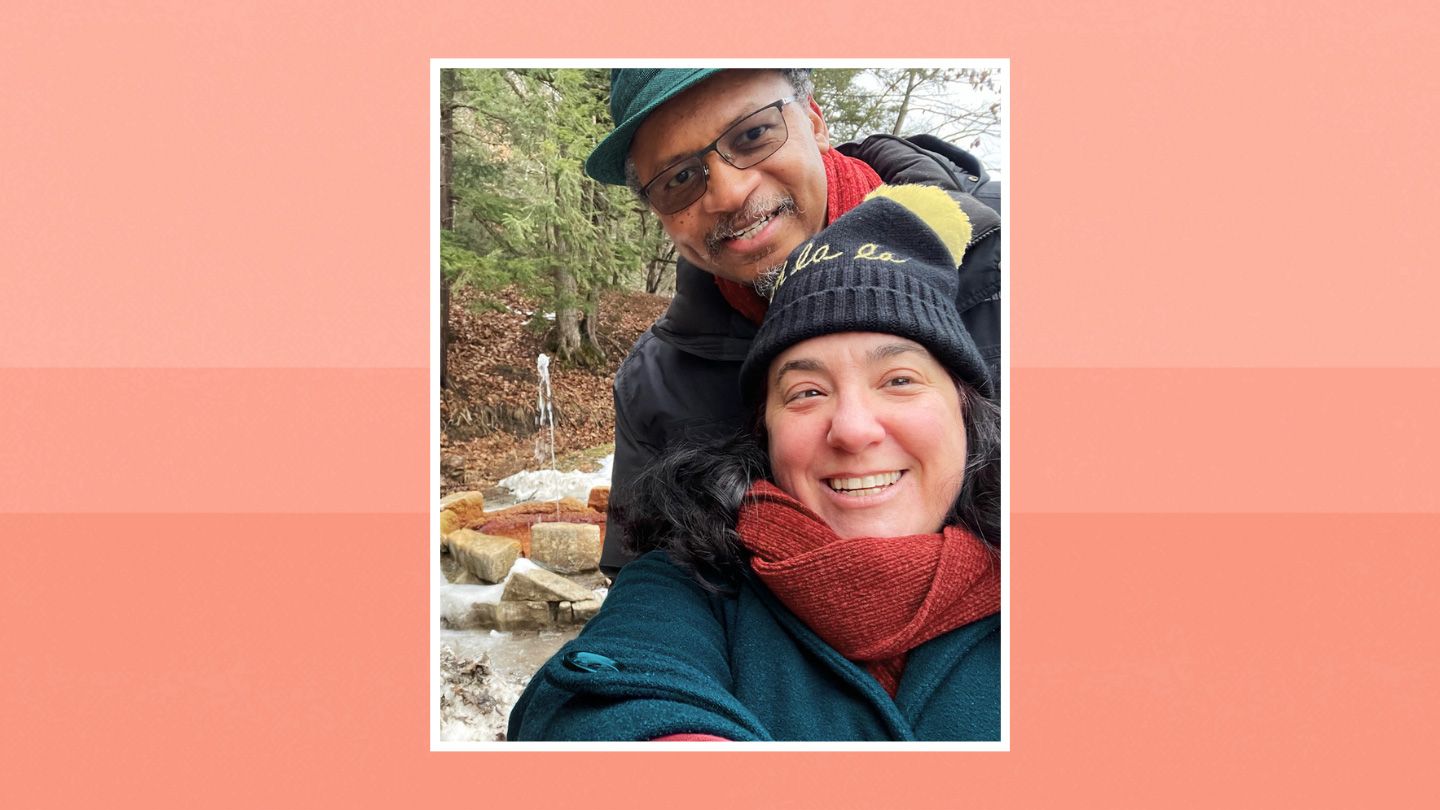 When he and his wife, Christine, met in Anguilla, an island in the Eastern Caribbean, in 2008, they often went out to eat, filling their plates with delicious barbecued meats, fritters and patties, and fried fish. When the couple moved to New York, in 2010, where Christine grew up, home-cooked meals consisted of restaurant-style burgers, steaks, and pizza.

The couple ate the same foods on a daily basis. They both also smoked cigarettes — at his peak, Nota smoked a pack a day — and got the same limited amounts of exercise. But when they went for their first physicals in years, shortly after they moved to Westchester, New York, their cholesterol levels were starkly different.

Nota’s routine total cholesterol screening was 872 mg/dL, well above the high range of 240 mg/dL or more for men older than 20, according to the guidelines from the American College of Cardiology.

“The doctors didn’t understand why I was still alive with such a reading — it would make sense that my arteries would be completely clogged,” says Nota, who was 42 at the time of that first cholesterol screening.

Even though Black Americans are slightly less likely to have high cholesterol than white Americans, according to the Centers for Disease Control and Prevention, and Black men and Hispanic women have the lowest rates of high cholesterol in the country, at about 9.2 percent, they still have a high risk of heart disease.

According to Anjori Dunbar, MD, director of the preventive cardiology program at Lenox Hill Hospital in New York, high cholesterol is complex.

“We think that for everyone, part of the cholesterol story has to do with family history and the other part has to do with lifestyle factors,” Dr. Dunbar says, noting that while there are some genetic factors healthcare providers can test for, doctors don’t yet know all of the genes that will put someone at a higher risk of high cholesterol, meaning they can’t yet test for all of them.

“Just because someone doesn’t test for one of these genetic factors doesn’t mean that they don’t have a genetic component to their high cholesterol,” Dunbar adds. Nota, who is now 56, likely falls into that category.

Nota’s primary care physician referred him to a local cardiologist who started him on statin medications. The doctor briefly mentioned the lifestyle changes he should also make — a diet with less saturated fat, salt, and red meat; quitting smoking; exercising more — but did not advise him on how he could integrate such changes into his life. Instead, the emphasis was on medication.

The statins made Nota’s muscles ache, especially in his chest. That pain would radiate down his arms and make it difficult for him to do much of anything. When he brought this up at follow-up appointments, the doctor would prescribe him another brand of statin — but they all caused the same muscle pain and weakness. According to the Mayo Clinic, that is one of the most common side effects of taking statins.

“Because I wasn’t tolerating statins, I wasn’t exactly compliant with taking the medication. I would take it on and off; this went on for about five years,” Nota says.

Finally, after years of trying different statins, Nota’s local cardiologist referred him to a clinical cardiologist at Lenox Hill Hospital in New York, a 50-minute drive from his home in Westchester. That referral changed his life.

Eugenia Gianos, MD, identified Nota’s risk factors and broke them down in sequence in terms of how they’d tackle them together. First, they would treat his high blood pressure and high blood sugar, both which raise a person’s risk of heart disease, while also addressing his diet, smoking, and lack of physical activity, which all contribute to high cholesterol.

When Dr. Gianos first met Nota, she remembers that almost none of his risk factors were managed.

“He had major obstacles to overcome,” she says, noting that the key to his success was his willingness to work as a team, both with his healthcare providers and his wife.

Gianos says Nota’s story is a great example of how she strives to partner with patients to reduce certain risk factors for heart disease, one step at a time.

According to Dunbar, a colleague of Gianos, it’s critical to look at a patient’s risk factors in totality. If a person’s cholesterol is high because of what they eat, but they’re only treating it with medication, they aren’t addressing a key culprit — their diet, she says. “Alternatively, if a genetic component is at play and the focus is just on lifestyle changes, we’re missing the use of medication.”

What Nota remembers most about his first meeting with Gianos is the way she went into detail describing how inflammation in his body was causing his high cholesterol — and how they would reduce it holistically. They’d lower his LDL (“bad”) cholesterol and raise his HDL (“good”) cholesterol, all with the goal of reducing his risk of heart disease.

“The doctor-patient relationship is extremely important because if we as doctors cannot connect with patients, we can’t make a meaningful impact on their lives,” says Dunbar.

First, they had to get Nota’s high blood pressure and high blood sugar under control, while also giving his kitchen a complete overhaul. That meant replacing vegetable oils with olive oil; ditching steaks for fresh fish, lean chicken, and veggie burgers; and switching from dairy milk to almond milk.

“Burger and steak night were swapped for tuna steaks and swordfish,” Nota says, noting that these items would never have been in his previous diet.

The next step was quitting smoking, which Nota and his wife did together. One morning, he suddenly decided it was time.

“I remember crumbling half a pack of cigarettes that I had and throwing them out, and that was it,” he says.

Nota and his wife also took up hiking in upstate New York. When they moved in with her mother to help take care of her at the end of her life, Nota and his wife got a treadmill, so that they could keep up with their daily exercise routine.

“It literally takes a proverbial village to take on this condition,” says Nota, saying that his wife played a pivotal role in keeping him on track.

The final step was finding a medication that worked for him. With his family history, lifestyle changes alone wouldn’t be enough to keep his cholesterol levels down.

Gianos tried two more medications before finding one that did not give Nota muscle pain. The medication, a monoclonal antibody called evolocumab (Repatha), is a biweekly injection that helps lower LDL cholesterol in people whose cholesterol cannot be managed with lifestyle changes alone — mostly those with a family history of the condition.

Nota, who is a lawyer by profession, also took a part-time job unloading groceries at a local store, which allows him to put in 6,000 to 8,000 steps during a single shift. “Why pay the gym to get fit when you can get paid to work and get fit?” he says.

Five years after his first appointment with Gianos, Nota has never been healthier. His blood pressure, blood sugar, and LDL cholesterol are all now within healthy ranges. He’s still working to bring up his HDL cholesterol level, but he knows that he will be able to do it with the same commitment and support he’s had in the past few years.

“I found a doctor who has such a deep knowledge of the subject. She is so meticulous, thorough, and empathetic,” says Nota. “I’m someone who doesn’t like taking medication in general, but she found a way of connecting with me that I thought was very special,” he says. “I credit her with saving my life.”