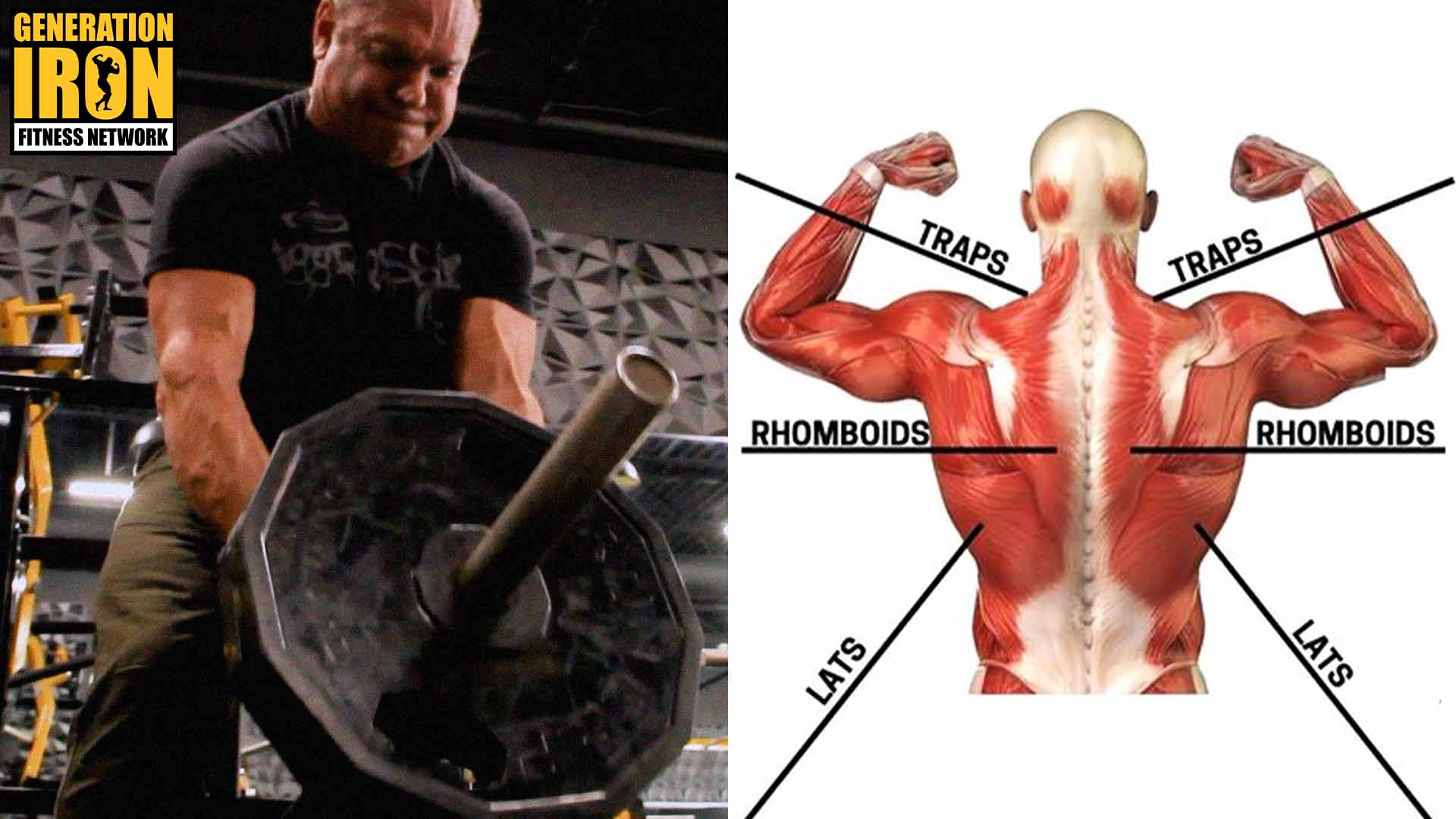 Veteran bodybuilder and entrepreneur Rich Gaspari walked Generation Iron through a back workout and gave essential tips for building a strong, ripped back. Rich Gaspari is a 3x IFBB Pro Mr. Olympia runner-up–1986, 1987, and 1988. Now, he’s the CEO of Gaspari Nutrition, which sells vitamins and supplements.

Before diving into the back workout, Gaspari explained the importance of a well-developed back. Gaspari stated:

Below we’ll go through part one of Rich Gaspari’s bodybuilding back workout.

“The biggest issue that people who do these is they kinda like they want to use heavy weight, so they swing back like this, and when you’re doing this, you’re working more of your middle back. Kind of, you want to make sure that you stay straight up; I mean, you can sway a little bit. But you want to kind of keep your body straight up so that you’re hitting your lats and not the middle back.”

Rich Gaspari noted that he’s swinging back a bit, but not too much to where it takes the focus off the lats. Gaspari also pointed out that the wider grip targets more of your upper back, whereas a reverse or close grip will work more of the lower part of your lats.

In addition, Gaspari said to use a stationary pole to stretch your lats. He said to pull (on the poll) on one side and have the leg of the side you’re pulling in the back to feel the stretch.

Rich Gaspari mentioned that muscle growth comes from the contraction, not the extension. So he said it’s essential to control the weight on the weight. Moreover, Gaspari stated that he performs most sets until failure because that is what activates it to grow.

The following exercise in Rich Gaspari’s workout was the lower block sitting rod (narrow grip), aka cable seated row. You’ll do this exercise on a cable machine with a V bar double grip attachment. Gaspari said these are often done incorrectly. Gaspari asserted:

He also noted that it’s important not to lean back too far.

Rich Gaspari then went on to a lat pulldown with a narrower grip, rowing V bar lat pulldown, after the lower block sitting rod (narrow grip). This exercise will target more of your lower lat. Gaspari recommended wearing straps to engage more of your lats. Gaspari said:

“A lot of guys are like, uh, you need to strengthen your grip, but if you’re training your back muscle, what happens is your hands will give out before your back, so, you want your back to give out, so that’s why use ,you know straps.”

Rich Gaspari’s Back Workout Part I

Here are the exercises Rich Gaspari did in part one of his exclusive GI bodybuilding back workout:

In part I of Rich Gaspari’s workout, he targeted his back. He went through three exercises to target his upper lats (wide grip lat pulldowns), middle back (lower block sitting rod with a narrow grip), and lower lats (rowing V bar lat pulldown).

During Gaspari’s workout, he gave crucial tips for performing the exercise to target the desired muscle appropriately. Gaspari noted that wide grip lat pulldowns shouldn’t be done with too much swinging because it takes the tension off the upper lats. Instead, only use a little momentum and stay upright. He pointed out that you should stretch your back out but not curve your back on the lower block sitting row (narrow grip) to stretch your lats. And Gaspari recommends using straps on rowing V bar lat pulldown because he says it will engage your lats more.

Gaspari performed a high-volume workout, completing between 3-5 sets in the 15-20 rep range per exercise. And he also made sure to include a set until failure for his final set on each movement because he believes it will help your muscles grow.

Stay tuned for part II of Rich Gaspari’s workout–we’ll cover it next week!