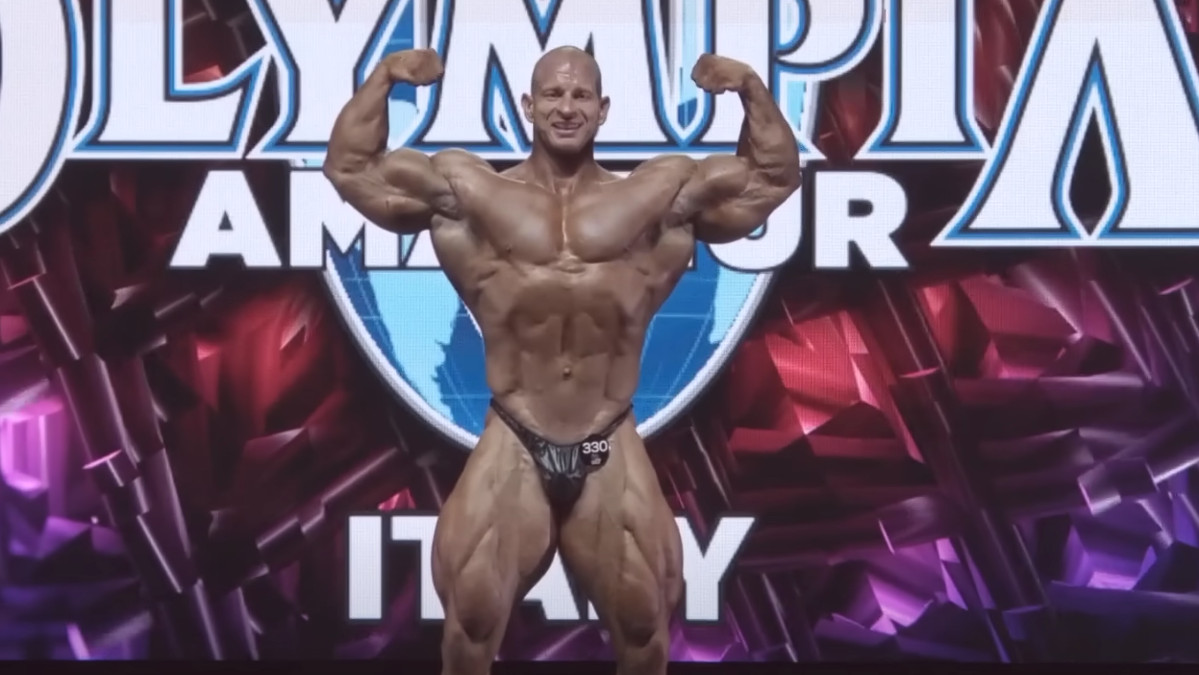 The 2022 Prague Pro bodybuilding event is scheduled to take place on Saturday, Oct. 29, 2022, in Prague, Czech Republic, and it’s one of the final shows before the Olympia.

There will be six IFBB Pro League contests held at this event, but none have more hype around them than the Men’s Open bodybuilding showdown. And most — if not all — of that has to do with the fact that this is the IFBB Pro League debut of Michal Križo Križánek, a competitor who former Mr. Olympia winners like Jay Cutler and Samir Bannout believe can make some real noise at this year’s Mr. O if he qualifies.

If you’re looking for a cheat sheet of competitors to keep an eye on, here are three with big-time potential to walk away with a win.

After being recognized as the number one bodybuilder for the IFBB Elite Pro for several years, Križánek will make his pro debut less than one month after earning his new pro card. If he wins this contest, he will earn a trip to the 2022 Mr. Olympia, scheduled to take place Dec. 16-18, 2022 in Las Vegas, NV.

Since Krizanek is starting his road to the Olympia so late in the season, he wouldn’t be able to earn enough points to qualify through the Olympia Qualification System. In other words, he must win one of the pro shows between the Prague Pro and the end of the season on November 20 to earn a spot at the O.

Milan Sadek is one of the veterans of this lineup, having competed as a pro since 2015. He appeared on the Olympia stage as a 212 competitor in 2017, when he placed sixth. And while he hasn’t won a pro show as an Open competitor, this contest could be an opportunity for him to change that. He will just have to counter Križánek’s size with razor-sharp definition and conditioning.

This is also Marian Sramko’s pro debut, and he could easily be the dark horse of the bunch. He won the 2021 NPC Worldwide British champion, thanks to his jaw-dropping legs. And his upper body isn’t too bad, either.

Sramko likes to use classic poses in his individual routine, which could impress the judges and push him up the scorecard. The only question for him will be if he can withstand the intensity and pressure that comes with being on a pro stage with an Olympia qualification on the line.

The second- through fifth-place finishers in all six divisions will earn Tier 4 points in the Olympia Qualification System, and those points can be valuable. The top three in the standings as of November 20 will also move on to the Olympia. The points per position are below.

[Related: Kings, Chemists, and Oaks — The 10 Best Bodybuilding Nicknames of All Time]

The lineups for the other five contests (212, Classic Physique, Men’s Physique, Bikini, and Wellness)  are below. In total, more than 70 pros across all six divisions will represent 20 countries. No Americans are in the lineup for this contest.