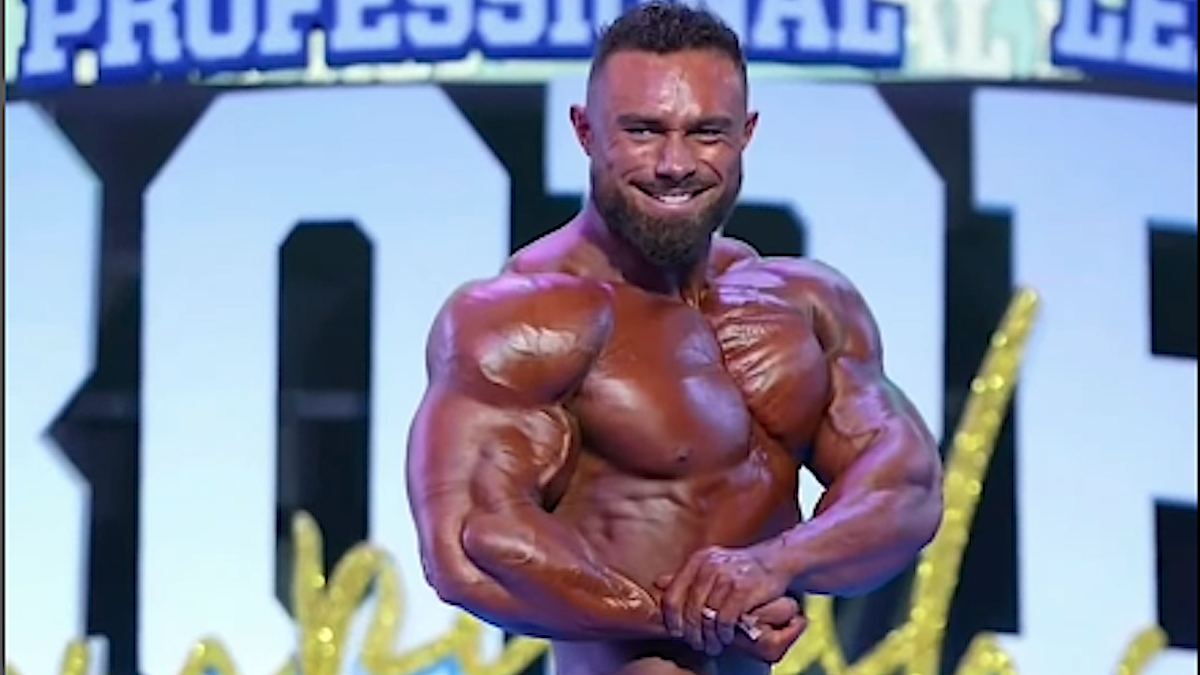 On Sunday, Nov. 6, 2022, Alicante, Spain, hosted the IFBB Pro League’s Europa Pro bodybuilding show, which featured 10 pro divisions with Olympia qualifications on the line. One hundred and forty athletes across divisions walked onstage to face the judges and crowd in attendance. The Men’s Open division was among those, and Theo Leguerrier scored his first career pro win at the end of the evening. The top 10 for that show are listed below:

Below is a breakdown of the podium finisher’s performances:

This is the French competitor’s first career victory as a pro, and it came in his fifth show of the season. He finished in second place twice in Toronto and Puerto Rico earlier this season. He will make his Olympia debut when he steps onstage in Las Vegas, NV, on the weekend of Dec. 16-18, 2022.

This was Bela’s first appearance onstage in three years. He was on the Olympia stage as a 212 competitor in 2019, where he placed sixth. This was his first appearance as an Open competitor, and he made a big statement by placing in the top two. He would have to win the next show in Romania on Nov. 13, 2022, to qualify for the Olympia. If not, he could certainly make a lot of noise in 2023.

Chiriac was the runner-up to James Hollingshead at the Tsunami Cup Pro in October 2022, which was his pro debut. He scored another top-three finish in his second contest here. He wanted the win, but he’s getting more attention from fans with each appearance. He could be another rising star to watch out for next season.

Other Divisions and OQS Points

The top 10 for the other nine divisions are listed below. The winners will all move on to the Olympia, while the second through fifth-place finishers earn Tier 2 Points in the Olympia Qualification System, which are much higher than points for most shows.