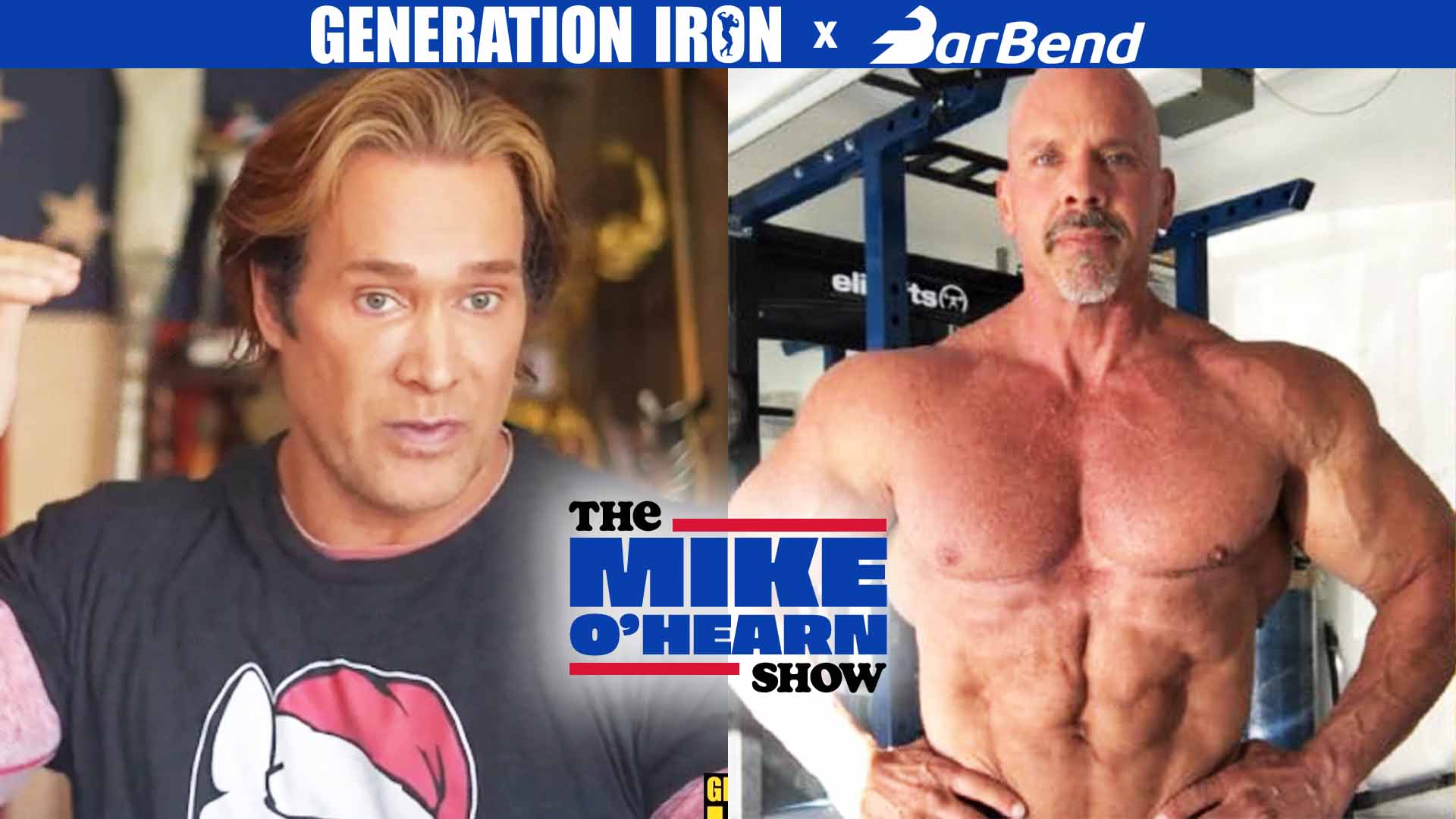 Stan Efferding returns to explain how we have more bodybuilding information than ever before… why don’t more people take advantage of it?

Stan Efferding is a legendary athlete in his own right. But he’s also highly regarded for his wealth of fitness knowledge and how well he can use his platform to explain it. That’s why he’s returning to the podcast this week to go more in-depth about key bodybuilding concepts that are often misunderstood or undervalued. In Generation Iron and Barbend’s latest episode of the Mike O’Hearn Show, Stan Efferding goes in-depth on the importance of sleep and the often ignored foundations of recovery that are vital for long term success.

Today we have more information at our fingertips than ever before. Than ever possibly conceived by previous generations. Stan Efferding wants the current generation or bodybuilders to truly understand how valuable and rare that is. Every other generation of strength athletes and bodybuilders did not have the internet to learn about fitness. Bodybuilding was less mainstream. The information required more time and energy to find. And for many – it was simply trial and error before finding the right beneficial techniques.

Learning through direct experience is still certainly helpful – but science has made incredible leaps and bounds in the world of fitness. And for the first time ever, these discoveries and studies are easy to learn about via the internet. Stan Efferding believes that he would have been successful much younger and hitting even higher limits if he were growing up in today’s society.

However, despite this massive wealth of information – Efferding still sees the same mistakes being made. He also sees a lot of misinformation being spread via the ease and immediacy of social media. That’s why Efferding has made it his mission to use his platform to help guide new generations into the right direction. So that they can surpass the accomplishments of his generation.

Let’s jump into a few topics they discuss in this week’s podcast episode.

The importance of sleep cannot be overstated

Recovery is a vital aspect of building muscle. Training itself doesn’t build up the muscle. In fact, it destroys the muscle – and during recovery our muscles build back stronger. So it should go without saying that the less you sleep, the less your muscles can recover. But more important than that, a good night’s sleep has vast ramifications across all aspects of not just fitness but life success.

In today’s world, we often want to get so much done in one day – that there’s simply not enough hours for it. Typically, the first thing to compensate for that is cutting back on sleep. The less hours you sleep, the more hours you are awake to get stuff done. But Stan Efferding argues (and has science to back him up) that the extra hours of waking are less impactful than the recovery you get from a full night’s sleep. You may have less hours awake – but you will be more productive when you are fully rested.

“If you’re religiously taking your five gram scooper of creatine every day and only sleeping five hours a night. You’re a fucking idiot.”

Far too often, Stan Efferding sees bodybuilders who are dead serious about all things bodybuilding – but don’t get enough sleep. This hurts recovery of the muscle. But more than that – it very strongly reduces your endurance. This means a less powerful workout in the gym. Which means even less gains overall.

On top of this, there are many studies that show lack of sleep has a strong impact on our cognitive functions. You may not notice it (largely because you are used to it) but if your brain is moving slower, your planning becomes less optimized, you’ll find it harder to stay motivated, you will get less done even with the extra time gained from cutting back on sleeping.

The key foundations behind recovery for bodybuilding

So even if you know that recovery is important – what are the foundations of recovery beyond sleeping? The most basic key tenets for solid recovery are sleep, correct calorie intake, and evenly spaced four meals per day. This is the core of what you should be doing in order to have the correct foundation to build your bodybuilding lifestyle.

Another important factor is general mobility. The more generally active you are outside of a workout – the more overall productive and fit you become. This may sound obvious. But we live in a world with many sedentary jobs and even more sedentary forms of entertainment.

Stan Efferding points out that studies show if you train five days per week but are sedentary the rest of the day – you will be far less fit than a person who trains the same amount but is active throughout the day.

This is, of course, more of an overall lifestyle choice. There is a point to be made about the general direction of society relying more on screens and phones in our pockets compared to active experiences. It’s harder now more than ever to be active naturally throughout the day. Due to this, Efferding recommends that you stay extra aware and vigilant about your daily routine.

Does recovery matter as much when you are younger?

It’s common for young people to feel invincible. They will train harder and risk injury or perhaps have more cheat meals thinking they have their whole future to fix their diet later. Mike O’Hearn has always been a firm believer in starting to focus on longterm health at a very young age in order to stay strong well into your 50s and 60s.

So O’Hearn asks Efferding – is there any truth behind a young person pushing the boundaries more and getting away with it? Or is this just youthful hubris that should be shut down? Stan Efferding does admit that a young body can take more risks in a general sense. But he also points out that it is very important to think about the future far sooner than most young folk currently.

The problem is that many young athletes look up to legends and try to emulate them. Efferding uses this as an example:

Efferding goes on to say that he doesn’t want to discourage anyone from finding greatness. But more often than not – what worked for a one-of-a-kind legend will not work for you. Often times, it just gets you hurt and burns out your career. Maybe it even leaves you with an altered future for the rest of your life.

Ultimately, Stan Efferding does not want people to procrastinate from fitness or athletic endeavors due to waiting on full book smart knowledge. But he also doesn’t want athletes to just listen to broscience and ignore studies throughout their entire athletic careers. He believes that personal experience and jumping into the fire is good – but also be studious about learning at the same time. There is a wealth of information out there unlike any other point in our history. Take advantage fo it and combine it with personal experience to become better than the past generations.

You can watch Stan Efferding’s full comments in our latest episode of the Mike O’Hearn Show above. Make sure to check out new episodes of the podcast every Friday only on the Generation Iron Fitness Network or wherever podcasts are downloaded.