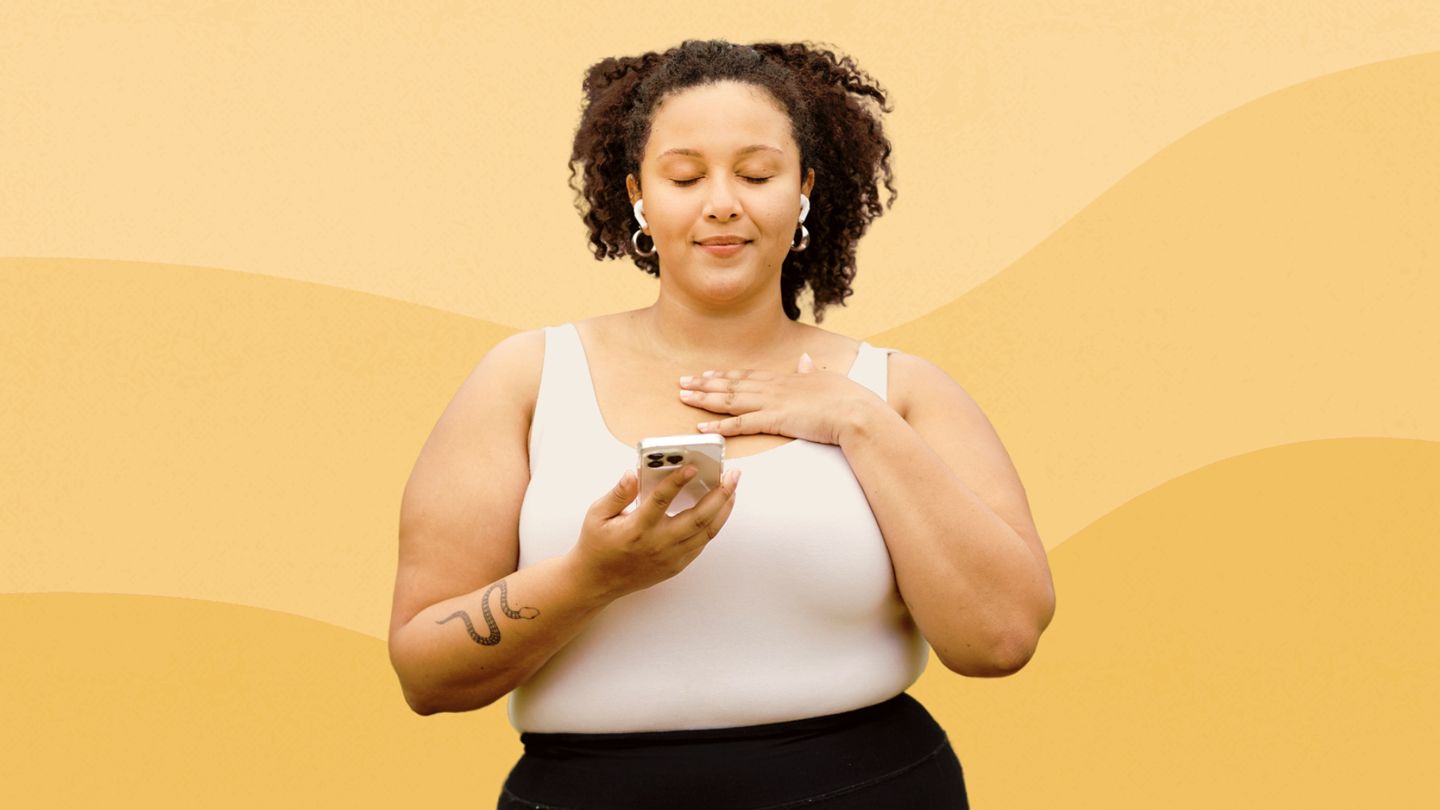 A guided mindfulness-based stress reduction program was as effective as use of the gold-standard drug — the antidepressant escitalopram (sold under the brand names Lexipro and Cipralex, among others) — for people with anxiety disorders, according to the findings of a first-of-its-kind, randomized clinical trial published on November 9 in JAMA Psychiatry.

“Our study provides evidence for clinicians, insurers, and healthcare systems to recommend, include, and provide reimbursement for mindfulness-based stress reduction as an effective treatment for anxiety disorders because mindfulness meditation currently is reimbursed by very few providers,” said first author Elizabeth Hoge, MD, director of the anxiety disorders research program and associate professor of psychiatry at Georgetown University School of Medicine in Washington, DC, in a press release.

These are exciting findings, says Neda Gould, PhD, associate professor of psychiatry and behavioral sciences at Johns Hopkins Medicine and associate director of the Johns Hopkins Bayview Medical Center Anxiety Disorders Clinic, both in Baltimore. Dr. Gould was not involved in this research.

“Studies like this help strengthen the role of mindfulness as an evidence-based strategy that can be used independently or in conjunction with medication in the treatment of anxiety disorders,” she says.

There are many different types of anxiety disorders, and they can interfere with all aspects of life, including work, school, and relationships, according to the National Institute of Mental Health.

Anxiety disorders include generalized anxiety, social anxiety, panic disorder and fear of certain places or situations, including crowds and public transportation, all of which can lead to an increased risk for suicide, disability and distress, and are commonly treated in psychiatric clinics, according to the authors.

Drugs that are currently prescribed for the disorders can be very effective, but many patients either have difficulty getting them, do not respond to them, or find potential side effects a barrier to consistent treatment, the authors wrote.

How Can Mindfulness Be Used as an Intervention for Anxiety?

Anxiety is a future-oriented mind state involving worry about potential negative or catastrophic outcomes, says Gould. “Mindfulness is a practice where attention is repeatedly brought to the present moment. While these anxious thoughts may still be present with mindfulness practice, they become somewhat devalued when there is not an actual threat. Over time and with regular mindfulness practice, the mind can distinguish actual threats from perceived threats more readily,” she says.

Mindfulness can help people change their relationship with anxiety, says Nathan Dankner, PhD, a clinical psychologist at Duke Health in Durham, North Carolina, who was not involved in this research. “It allows people to see thoughts as just thoughts and assess whether they are helpful or unhelpful,” he says.

Mindfulness and Escitalopram Lowered Anxiety by About 30 Percent

To compare a mindfulness intervention with escitalopram, researchers recruited 276 patients between June 2018 and February 2020 from three hospitals in Boston, New York City and Washington, DC, and randomly assigned people to either MBSR or escitalopram.

MBSR was offered weekly for eight weeks via 2.5-hour in-person classes, a daylong retreat weekend class during the fifth or sixth week, and 45-minute daily home practice exercises. Trial enrollment was wrapping up as the COVID-19 pandemic started in early 2020, but most enrollees completed their eight-week course of treatment before the pandemic started.

The meditation techniques included breath awareness, body scanning, in which attention is directed to one body part at a time, and mindful movement, in which stretching and movements bring attention to the body.

Participants in the antidepressant group received 10 milligrams of escitalopram daily the first week, and then took 20 milligrams daily for the rest of the study if the drug was well tolerated.

Patients’ anxiety symptoms were assessed upon enrollment and again at completion of the intervention at eight weeks, along with post-treatment assessments at 12 and 24 weeks after enrollment.

To remove any potential bias of the investigators, the assessments were conducted in a blinded manner — the trained clinical evaluators did not know whether the patients they were assessing received the drug or MBSR.

The researchers used a validated assessment measure to rate the severity of symptoms of anxiety across all of the disorders using a scale of 1 to 7 (with 7 being severe anxiety). Both groups saw a reduction in anxiety symptoms — a 1.35 point mean reduction for MBSR and 1.43 point mean reduction for the drug, down from a mean of about 4.5 for both at the start of the trial. This was a statistically equivalent outcome and translates to about a 30 percent drop in the severity of peoples’ anxiety, according to the authors.

Mindfulness Can Help With Anxiety, but It Takes an Investment of Time and Effort

Researchers believe that these findings could help improve access to treatment for some people with anxiety. “A big advantage of mindfulness meditation is that it doesn’t require a clinical degree to train someone to become a mindfulness facilitator. Additionally, sessions can be done outside of a medical setting, such as at a school or community center,” said Dr. Hoge.

Although mindfulness meditation works, not everyone is willing to invest the time and effort to successfully complete all of the necessary sessions and do regular home practice, Hoge acknowledges.

Future research should explore if less time-consuming mindfulness interventions could still be helpful, says Dr. Dankner. “I would like to see more studies that assess the effectiveness of briefer interventions, as this study required people to practice mindfulness for 45 minutes each day,” he says.

Interested in Checking Out Mindfulness to Help With Anxiety?

“My advice for people who would like to give mindfulness a try is to start small with guided meditations and approach these practices with patience and kindness. While the concept of mindfulness is simple, it takes practice to ‘build the mindfulness muscle,’” says Gould.

Dankner recommends finding a therapist or someone trained in mindfulness to serve as a guide to explore the modality as an intervention for anxiety. If that isn’t possible, there are many apps available, but it is important to build meditation into a daily habit and commit to the process for the best results, he says.