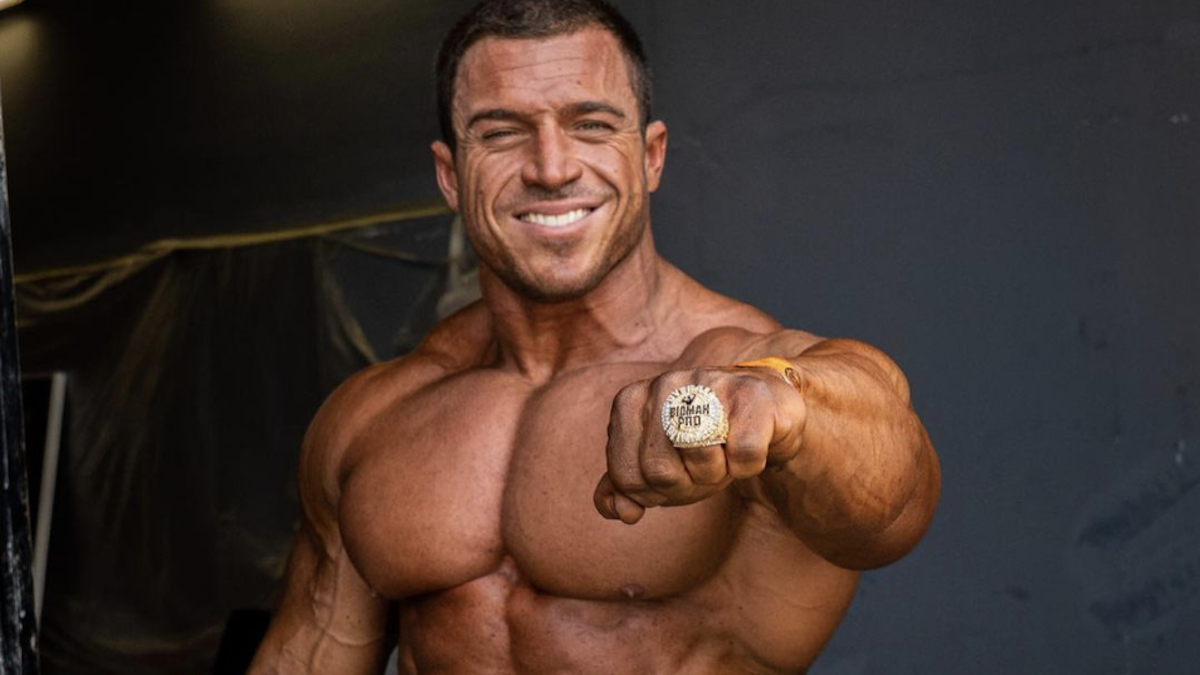 IFBB Pro League Men’s Open bodybuilder Brett Wilkin missed out on qualifying for the 2022 Mr. Olympia. However, he will be known as the first bodybuilder to qualify for the 2023 Mr. Olympia, thanks to his victory at the 2022 Bigman Weekend Pro bodybuilding contest in Alicante, Spain.

Wilkin placed first in a lineup that featured 25 professional bodybuilders from 17 countries. The top 10 from the competition are below, as reflected on the scorecards from the IFBB Pro League website:

Check out a recap of the podium finishers below:

This is Wilkin’s first professional victory, but it didn’t come easy. His coach, Matt Jansen, wasn’t with him in Spain, so they prepared through video and feedback from others. Wilkin was also coming off a disappointing second-place finish at the Romania Muscle Fest Pro, which cost Wilken his chance at a 2022 Mr. Olympia qualification.

In spite of all that, Wilkin was the leanest man on stage and appeared the most confident. Even though he was outsized by second-place finisher Andrea Presti, the judges gave Wilkin straight first-place votes. Wilkin has the freedom to take 2023 to prepare for the 2023 Olympia, or he can compete in more shows to earn extra titles.

Presti had height and size on Wilkin, which he displayed prominently throughout both rounds of the competition. However, Wilkin’s structure and definition in all poses were too much to overcome. Presti is in preparation for the 2022 Mr. Olympia, and this show may have been a way for him to gauge his progress.

The France native sought his second career victory and momentum going into the 2022 Olympia, scheduled for Dec. 16-18, 2022, in Las Vegas, NV. However, he didn’t appear to be quite as sharp as he was when he won the Europa Pro in early November 2022. However, he was still solid enough to take a top-three finish.

[Related: What Does Classic Physique Competitor Terrence Ruffin Eat One Month Before the 2022 Olympia?]

The Bikini division also held a contest in Spain. Fifteen competitors took the stage for their chance to move on to the 2023 Olympia. Ivanna Escander took first place and the qualification. It’s her fourth victory of 2022, and she’s already qualified for the 2022 Olympia.

Shantal Barros finished as the runner-up, and third place went to Klaudia Ignasiak. The top 10 for that division are below: