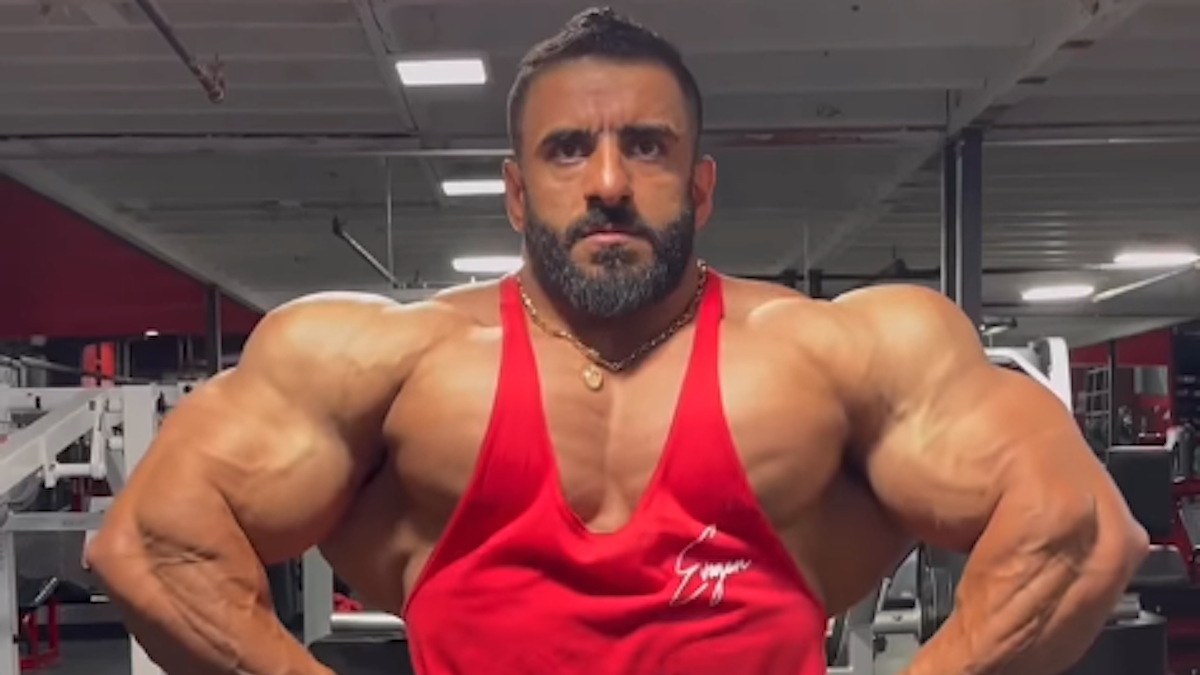 The biggest bodybuilding weekend of the year is upon us. The 2022 Olympia Weekend is scheduled to take place on the weekend of Dec. 16-18, 2022, at the Zappos Theater in Las Vegas, NV. Eleven pro divisions will determine their world champions for 2022 throughout that weekend.

[Related: Breon Ansley Maximizes His Leg Sessions by Attacking Them With High Energy]

Thirty-six athletes are qualified for the 2022 Mr. Olympia contest, making it one of the largest lineups in the contest’s history. The roster of athletes that are qualified according to the Mr. Olympia website is below in alphabetical order:

Who Will Not Compete

As of this article’s writing, Shaun Clarida, who qualified for the Men’s Open and 212 division Olympia contests, has opted to compete in the Olympia 212 instead of the Mr. Olympia. Nathan De Asha bowed out of the Olympia due to a biceps injury. Regan Grimes also decided to watch this year’s competition instead of competing for personal reasons. Steve Kuclo, who qualified on points, is out as well because of his desire to start a family.

This year, two past winners will seek to win another title. Of course, the two-time defending champion is Mamdouh “Big Ramy” Elssbiay, who looks to become the ninth man to win three titles. He is considered the favorite to win in the eyes of many fans and experts. Elssbiay has been training with Dennis James in the U.S. for the past two months, and his occasional social media posts have kept fans interested.

The 2019 Mr. Olympia Brandon Curry aims to make his own form of history in two ways. If the 2022 Arnold Classic winner wins the 2022 Mr. Olympia, he would be the second man to regain the title after losing it. Jay Cutler accomplished that feat in 2009.

Curry would also become the only bodybuilder to win the Arnold and Olympia in the same year twice. Curry hasn’t offered many progress updates from Kuwait, but he shouldn’t be ignored. He is the Mr. Olympia runner-up the past two years and expects to be one of the final two standing at the end of this year as well.

The third through fifth-place finishers from last year’s contest are back and looking to move up the standings. Last year’s third-place finisher and two-time People’s Choice winner Hadi Choopan has been in America working with coach Hany Rambod for several weeks, so travel won’t be an issue for him this year. Choopan’s conditioning in 2022 was second to none. If he can bring that again with a little more size, his chances of hearing “and new” will be much higher.

Second-generation superstar Hunter Labrada plans to show up in Las Vegas bigger and better than ever. He’s been open about his training and nutrition on his social media, which has been entertaining and insightful for his followers. When the fans see him for prejudging on Friday, Dec. 17, 2022, they will know how he achieved the look he will present. Listen for a lot of crowd support in his favor on both nights of competition.

Another fan favorite is the 2021 Arnold Classic champ, Nick Walker. He’s had a busy year since we last saw him onstage. He moved from one part of Florida to another, then relocated to Las Vegas, where he’s made moves on the business side of the sport. “The Mutant” finished fifth in the 2021 Olympia (his debut) but has repeatedly said his only goal this year is to win the title. After reuniting with his coach, Matt Jansen, earlier this year, he’s a lot more confident in his chances.

No one should forget “The Conqueror.” William Bonac is a two-time Arnold Classic champion and former Mr. Olympia runner-up. He has said that we will see the biggest and best version of him at this year’s contest. He finished sixth in 2021. Somebody has to get knocked down to the second callout, but Bonac is confident it won’t be him in 2022.

The 2022 season has seen a lot of new competitors make an immediate impact on the IFBB Pro League. The Men’s Open lineup at the Olympia will look different than it has in years past. The first standout is special invite recipient, 2021 Olympia 212 champion Derek Lunsford. After a guest posing appearance in Pittsburgh, PA, in May 2022, fans were vocal about their desire to see him move up to the Open. Some were even concerned that Lunsford wouldn’t be able to make the 212-pound cutoff for his division because of the muscle he added in the offseason.

Olympia promoters granted Lunsford the special invite if he committed to competing, and the reigning 212 champ is now in the Open. The question is where will Lunsford will fit in the shuffle.

Arnold Classic UK and Texas Pro winner Andrew Jacked is also a new star entering the fray. His size, height, shape, and symmetry have had the bodybuilding world on the edge of its seat. The only kink in Jacked’s armor has been his definition and conditioning. We have yet to see what he calls “100 percent.” The Olympia is the time to bring one’s best, and Jacked’s team, which includes coach George Farah and Flex Wheeler, intends to make that happen.

Another champion bodybuilder will make his Olympia debut in 2022 — IFBB Elite Pro world champion Michal “Krizo” Krizanek. He went from NPC competitor to Olympia qualified in less than one month. He’s been on big stages before, but never in the Pro League. His overall mass and structure will make his presence felt immediately. It will be interesting to see him next to Bonac, Curry, and possibly Elssbiay.

Another interesting matchup for Krizanek will be against Samson Dauda, also making his Olympia debut. Dauda could be among the biggest men in the lineup. At one point in his offseason, Dauda weighed 330 pounds and still retained exquisite symmetry. A ripped version of that physique could make an impact on the rest of the field. The only question is if Dauda can keep the nerves from being on the big stage from affecting the final days of his prep.

Other familiar names in the lineup should be considered, such as Iain Valliere, Akim Williams, Justin Rodriguez, Hassan Mostafa, and James Hollingshead. The aforementioned names above can likely be in the top 15 after prejudging is over on the first night of competition. The rest of the lineup will be considered among the best bodybuilders in the world, but it could take one of the top-tier athletes off the mark for them to sneak in.

Fans who won’t be in Las Vegas can still see all the action as it happens. Both nights of the Olympia will be streamed on pay-per-view at the Olympia productions website for a pre-order price of $59.99.